Few people know that three years ago Denis Simachev’s studio in Arma Moscow Complex functioned as a private night-club. It was known only to a hundred particularly close people, who still consider parties of that time to be the best ever have been visited. 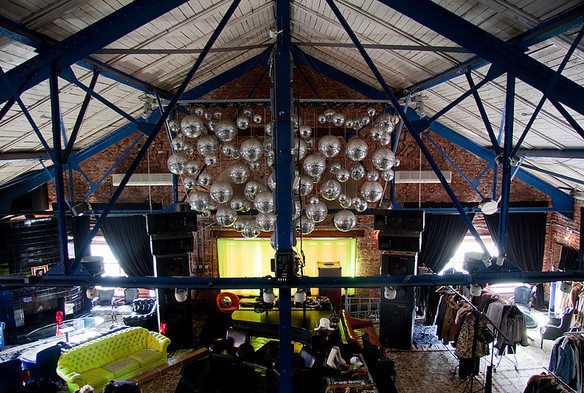 At present this studio is the main office of Denis Simachev’s brand, and since recently its manufacturing has moved here partially. 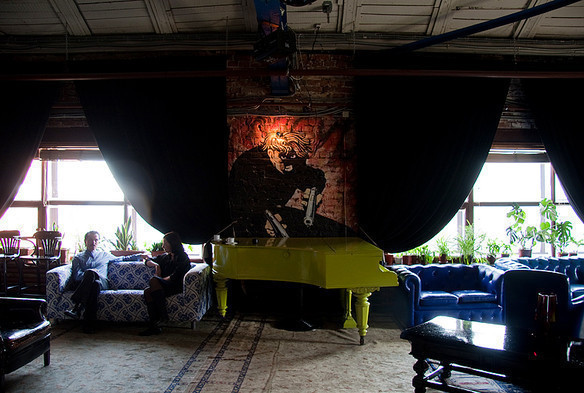 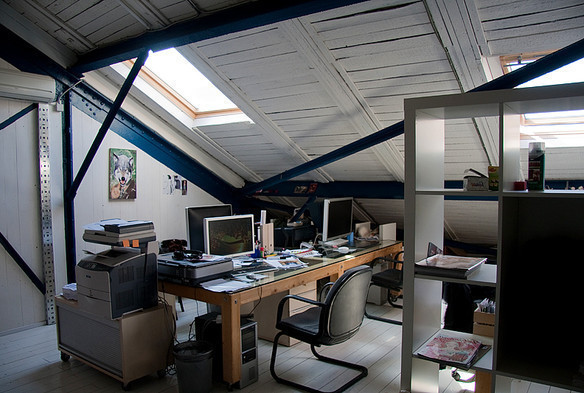 Perhaps, it’s the most beautiful design manufactory (in every respect), hidden in a tumbledown construction of a former factory not far away from Kurskiy railway station. Getting on the territory of the studio you feel like a Denis Simachev’s comic-strip character. 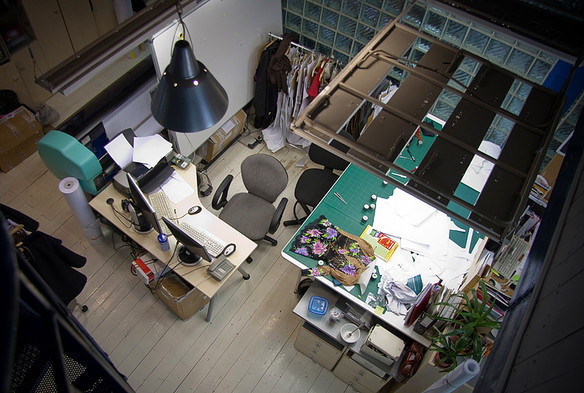 Production facilities are in the room neighboring with the main area. Here prints are finalized, samples are examined and brand Denis Simachev is embroidered in white thread. 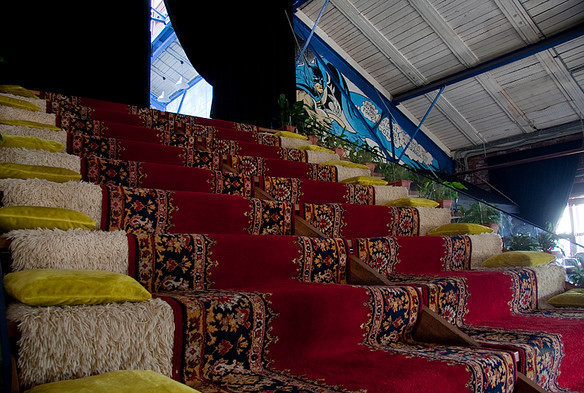 The initial surrealism of huge space in a light-green divan, a Gzhel style sofa, a light-green grand piano, comics on the walls at the ceiling, a carpet on the carpet and millions of disco-balls, seems no less balanced as if all the things in the studio would be in black-and-white color. The studio’s garret, where a wide stairway leads to, is Denis’s office. There is a famous jurt in the same place. 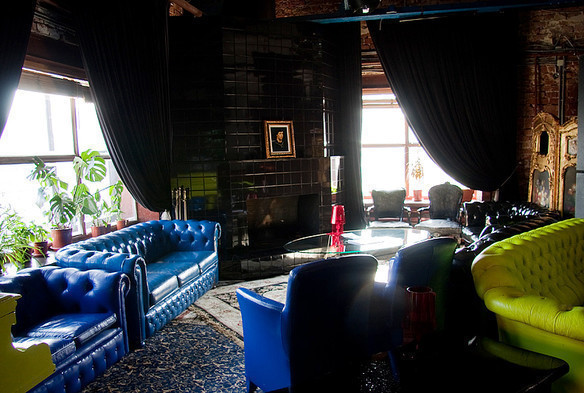 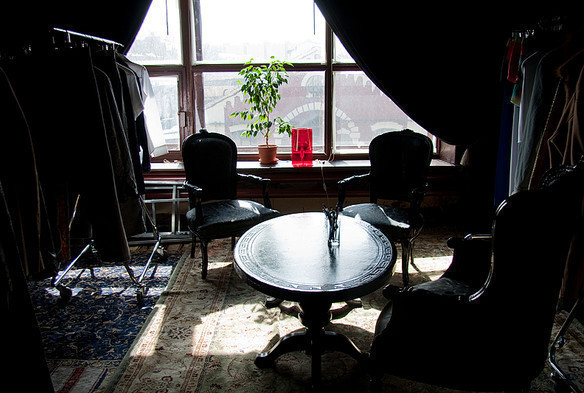 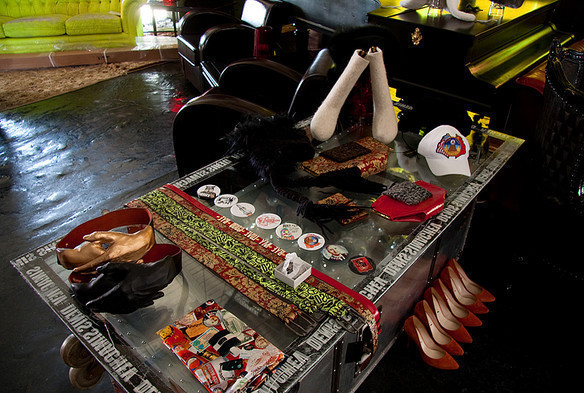 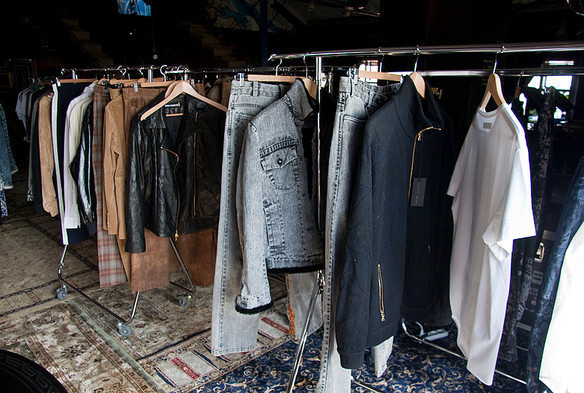 The major of the studio’s space is used as a show-room. Here one has got a possibility to see some things of Denis Simachev’s new collection. But it’s made accessible only for buyers. 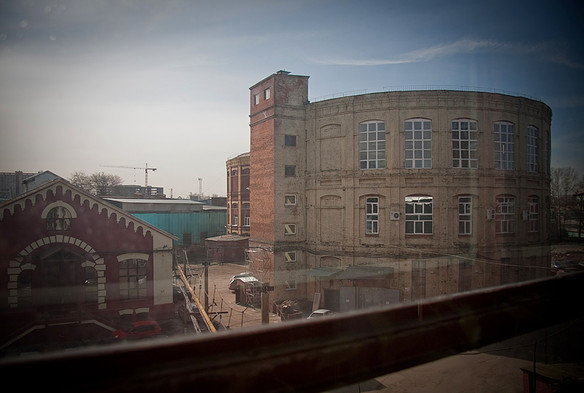