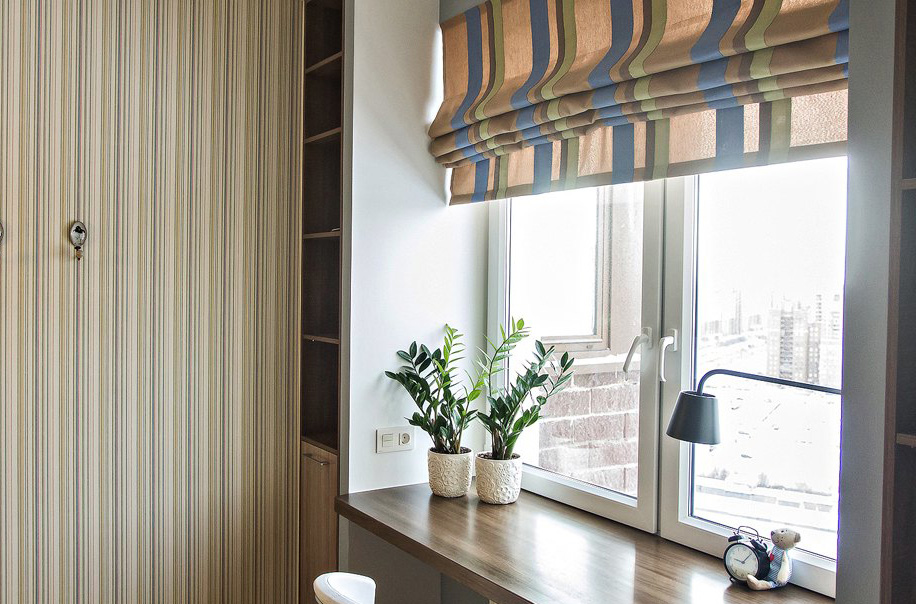 Apartment on Komendantsky prospect with a lath ceiling in the kitchen, Finnish lamps, and details of a bright green colour.

Vitaly bought an apartment on Komendantsky prospect in Residential Complex “Yubileiny Kvartal” two years ago. Initially he bought it for the purpose of leasing, but he made a repair and interior design thoroughly. He had to get the apartment into shape for four months.

Initially the apartment represented a standard two-room apartment with a long corridor and entrances to all rooms on its one side. Rooms were narrow, a tiny toilet and a bathroom were separate, and it wasn’t possible to make an efficient use of a large corridor space. The result of replanning was the kitchen – living-room with two windows and almost panoramic view from the 17th floor, a spacious bedroom with an equipped working place, 5 m wardrobe room, and a small room for household purposes. A toilet and a bathroom were combined.

Vitaly used neutral colours and natural materials in the apartment appearance. He chose German furniture for the most part. But things from Ikea could not be done without. The window sill in the bedroom was changed into an oak tabletop so that one can work at it to the utmost.

The kitchen peculiarity is a lath ceiling, into which three chromed lamps are fixed. It became the most technologically-difficult stage of the repair. It turned out that it was practically impossible to buy flat long pine laths in Russia, that’s why they were brought from the neighbouring Finland. Then laths were coated with wood stain and some layers of varnish and were mounted in the ceiling by means of invisible connection. The ceiling lamp above the dining table is from Finnish workshop. It is made from the plywood and gives unusual soft light. Vitaly chose two kinds of chairs in order to light up a severe interior: light green with metal legs, and from teak in ethno style. There is a picture “On the brow” by Gelya Pisareva above the sofa in the living-room. The sofa is of Belarusian manufacture, Furman.
Italian ceramic granite in a pink-gray colour scheme, different in tone, and decorated with mosaic was used in the bathroom. The host thinks that such finishing will never lose its applicability. 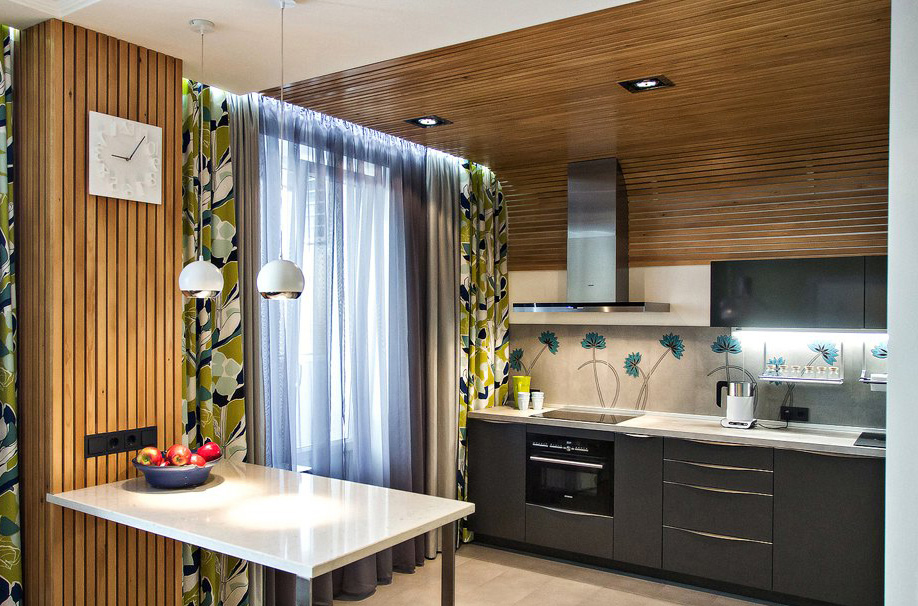 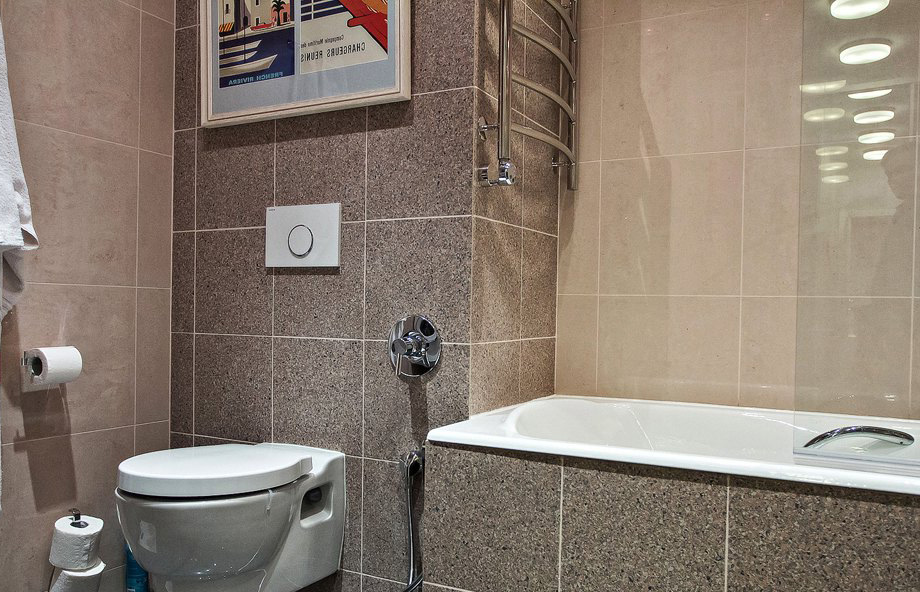 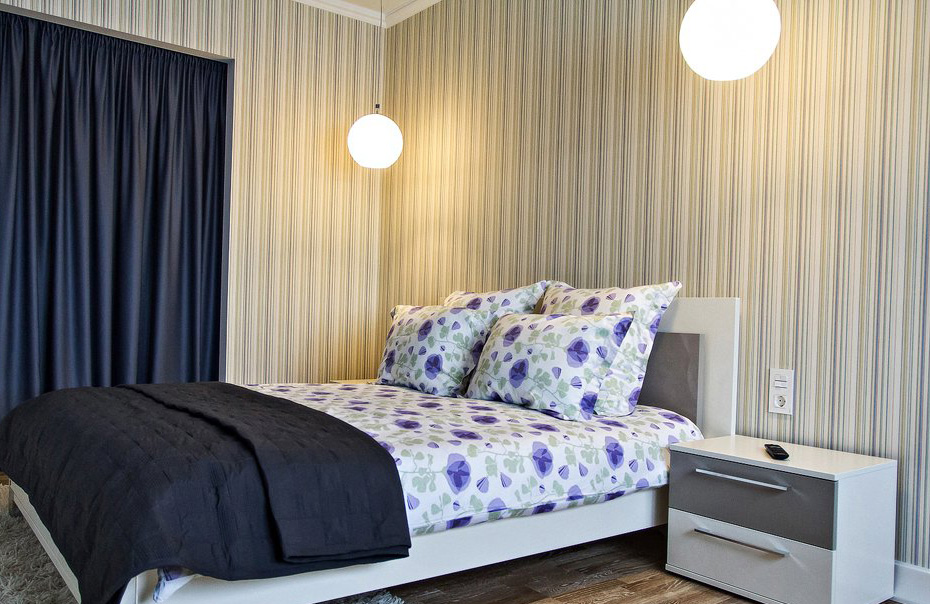 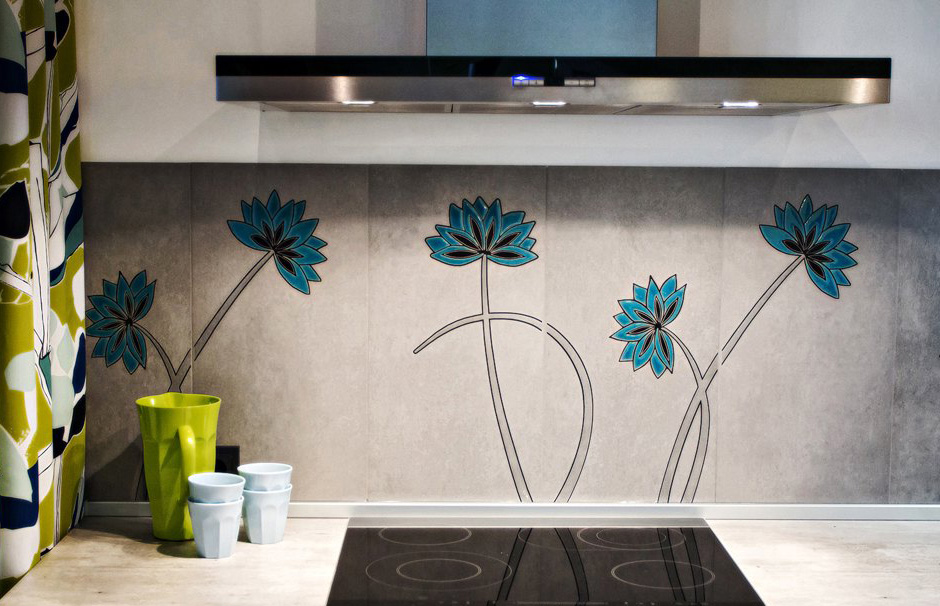 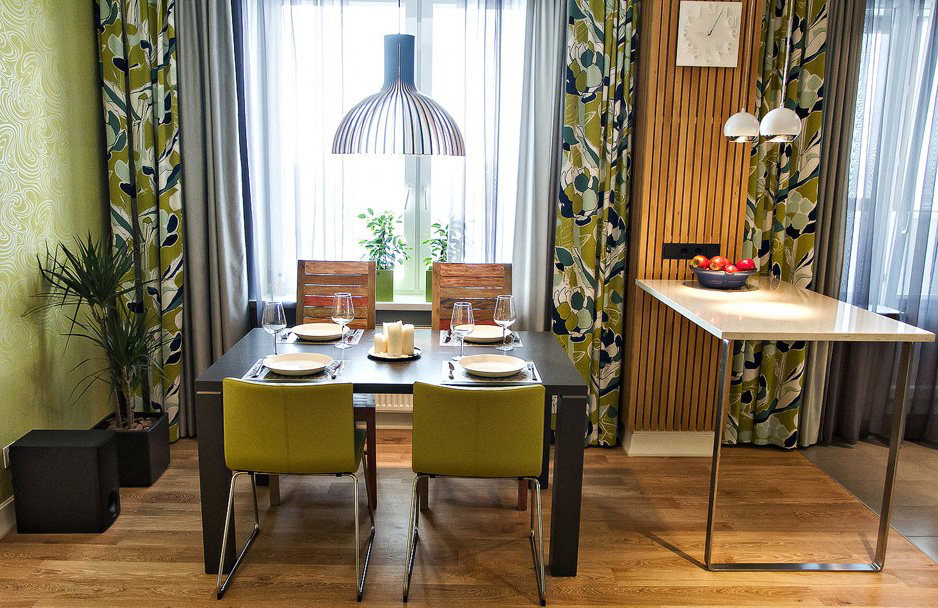 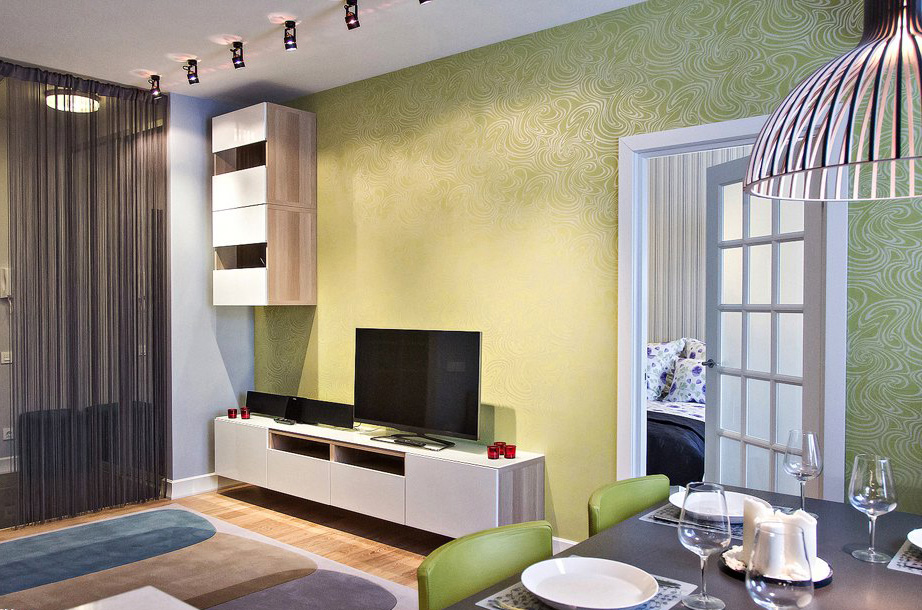 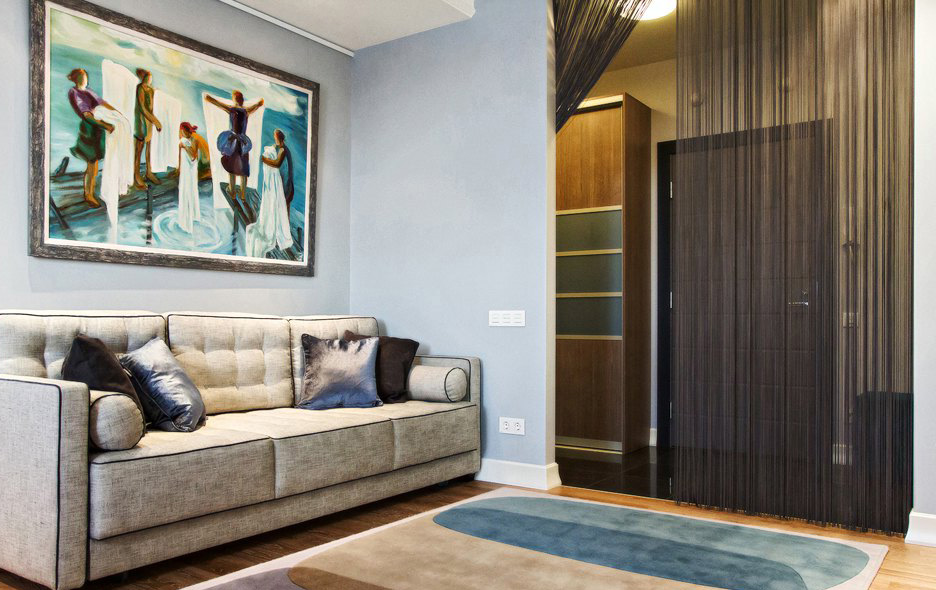 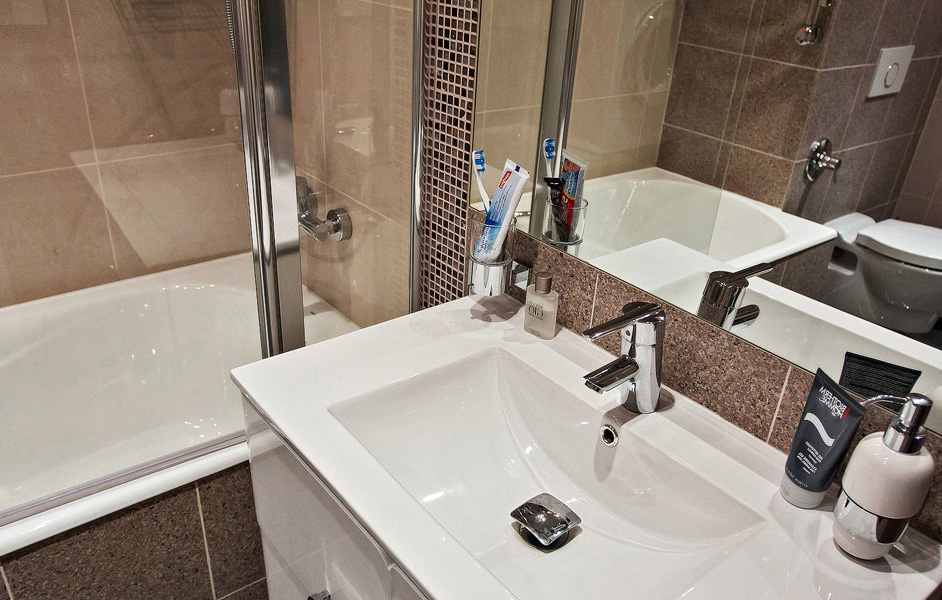 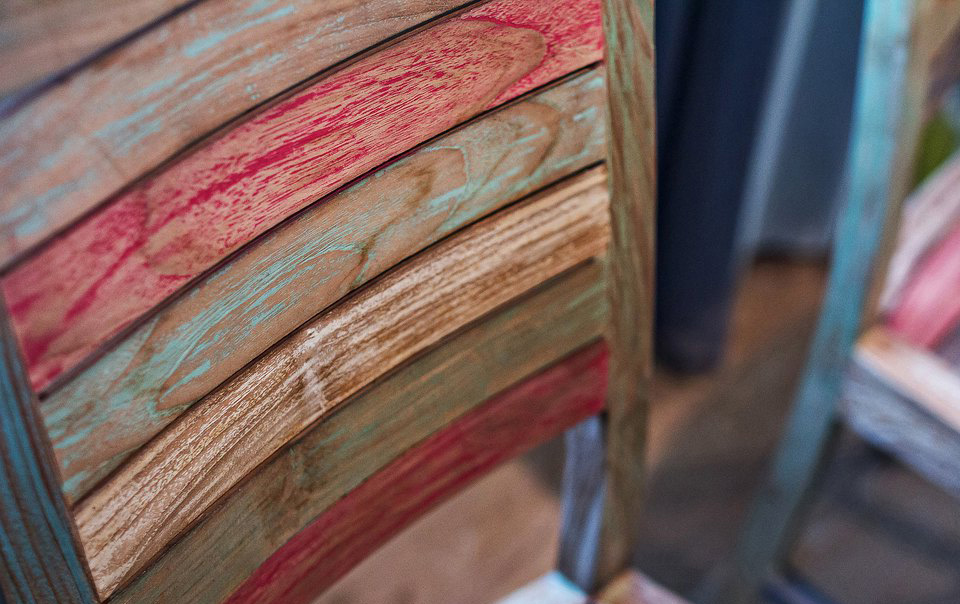