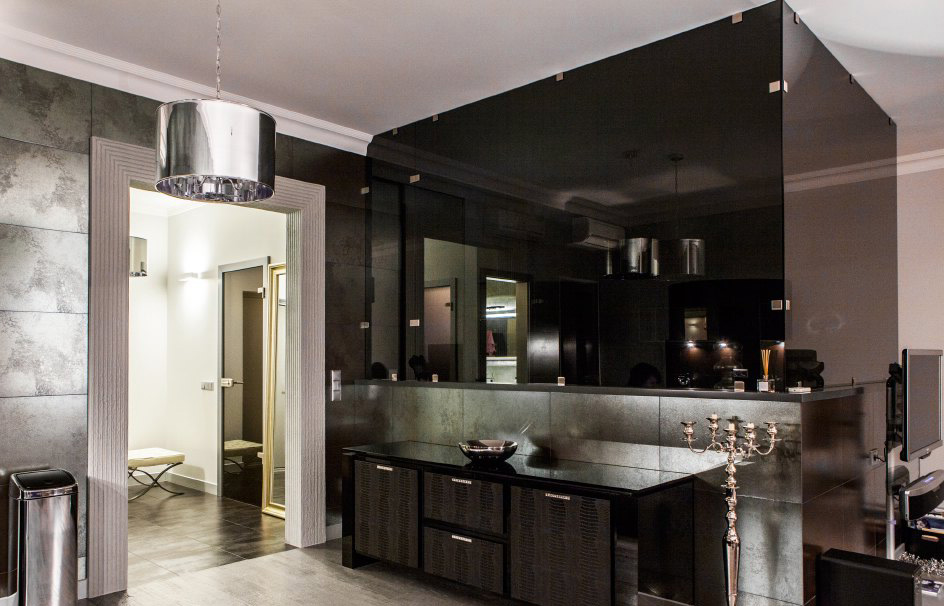 Residential Complex “Aerobus” was commissioned at the end of 2008, but since before this Eduard turned attention to a remarkable architecture while driving by the complex and it got him thinking to move here. His requirements were strict: modern European architecture, panoramic windows, impressive view, safety, underground parking, and location.

Eduard worked in a restaurant business and lived in Kurkino before. Moving to “Aerobus” was connected with his activity change: now he is engaged in interiors, designer furniture, and textiles, so he didn’t experience problems with his new apartment filling.

Elena Filimonova – the owner’s best friend and architect by birth – was involved in the design. She influenced Eduard’s tastes in the field of architecture and design significantly, she taught him much and now they help each other in their job.

The apartment’s style is functional and geometric. Some elements such as the chest of drawers and the bed Armobil were moved here from the previous apartment, but the host plans to find a more restrained substitute for them soon.

The host wanted to go away from a typical zoning and small details in new apartments. Eduard’s favourite colours – gray and silver – were taken as a basis. Oak parquet strips Tarkett, Italian tile, and ceramic granite. As for the walls, they are all concrete, most of architectural elements are made to order. For instance, the artist was creating a portal between the entrance hall and the living-room for a week, layer by layer. The kitchen was made from architect’s scratches. Refrigerator Gorenje Pininfarina, built-in appliances with the oven Gorenje Ora-Ito. The dining set: a dining table Bontempi, chairs Swan Сhair, a lounge and a blue chair Egg Chair, Fritz Hansen factory.

Much attention is paid to space geometry: it was important not to break it by irregular shapes. In the daytime an impressive city view is closed by blackout effect roller blinds from Italian fabric. They are made by Megapolis Casa company belonging to Eduard. Modular sofa Doimo Salotti in the living-room. Italian floor lamps Porada.

With equal scrupulousness the host planned the bedroom zone which is separated from the living-room by a smoky-gray glass block. Plinths were made to order as well as German sockets in the whole apartment. 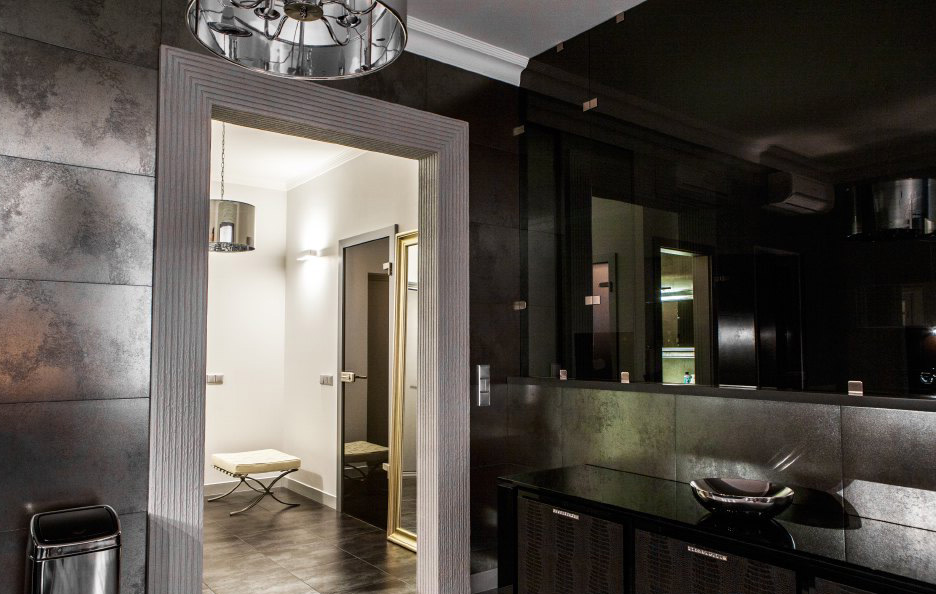 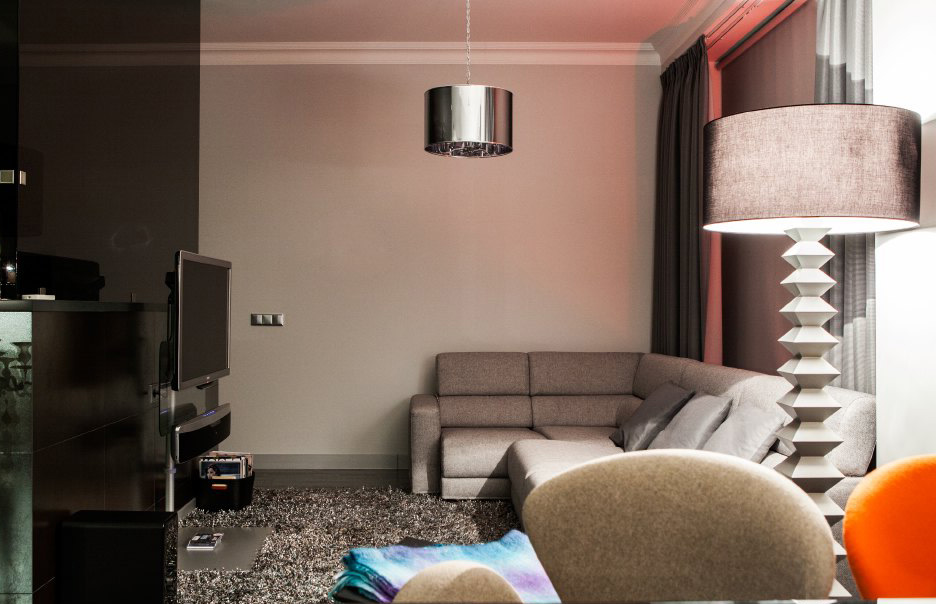 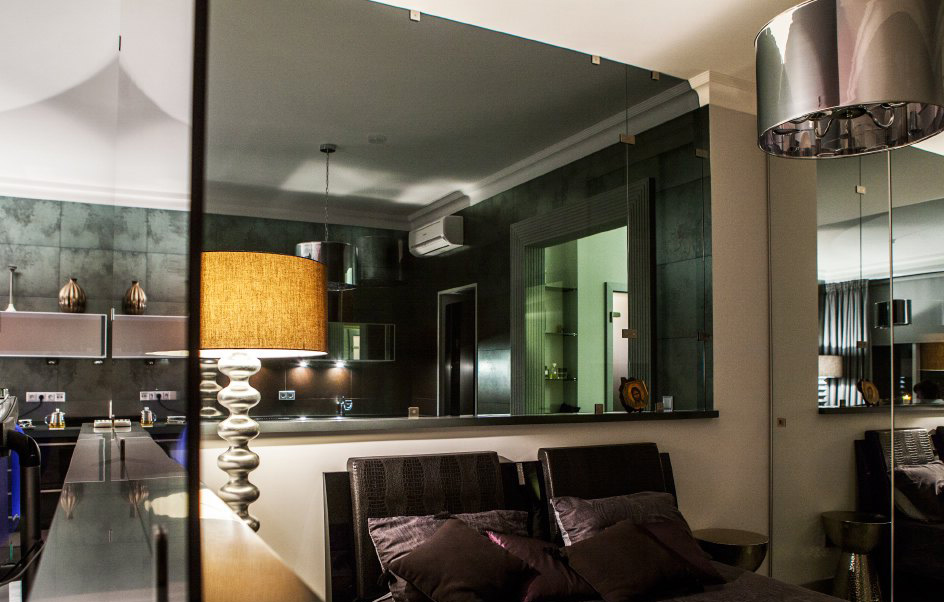 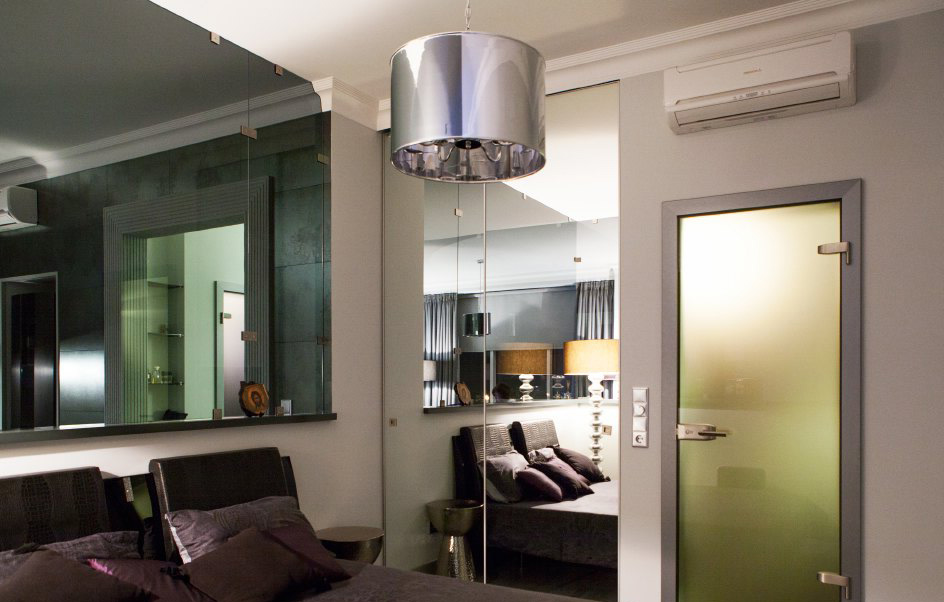 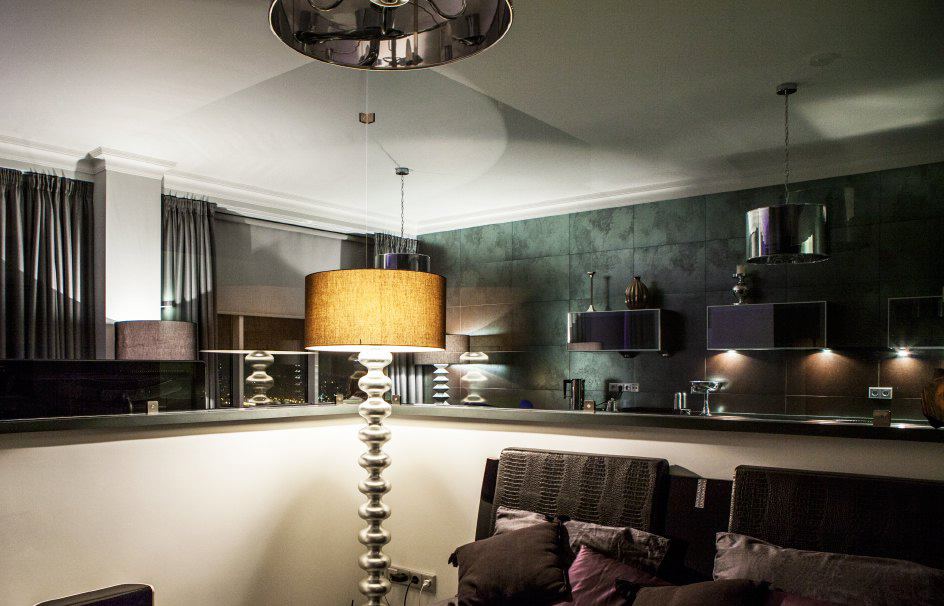 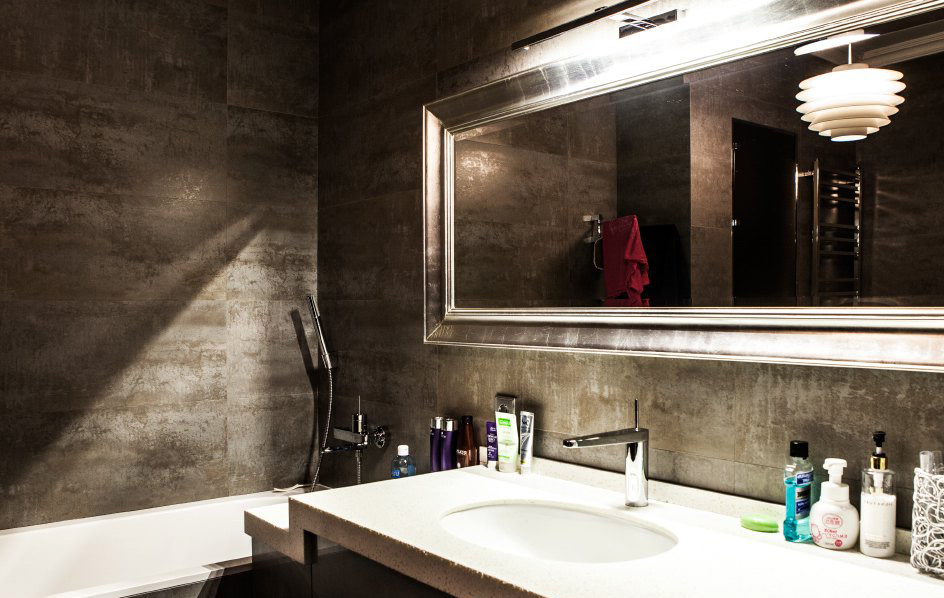 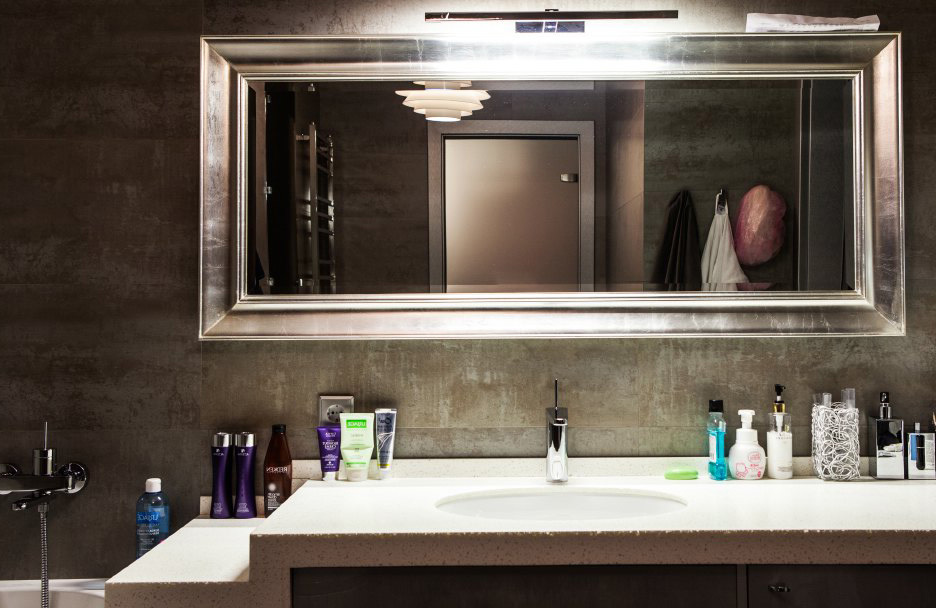