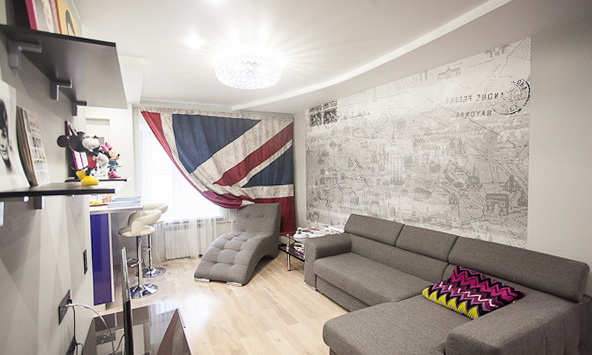 Valeriya – the author of Sports.ru

The owners moved into their apartment on Nevsky prospect a half year ago and they are interiorising the space till now. The apartment with the repair of the 90s had been rented before. Practically all interior was thought up, details were chosen by themselves, designers helped with the ceilings and technical aspect. Vladimir and Valeriya wanted the apartment to be bright and behavioral. 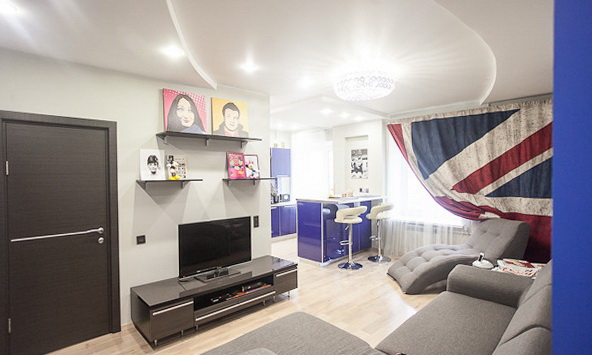 Almost all interior details were brought to order from different countries. The kitchen and the bed were found in Italy in Proroom salon. Mosaic with a heart for the bathroom was found in a catalogue of some Italian company at a cosmic price. In the end the owners displayed inventiveness and bought usual mosaic, drew a heart on a graph sheet of paper and collected the picture by pieces. 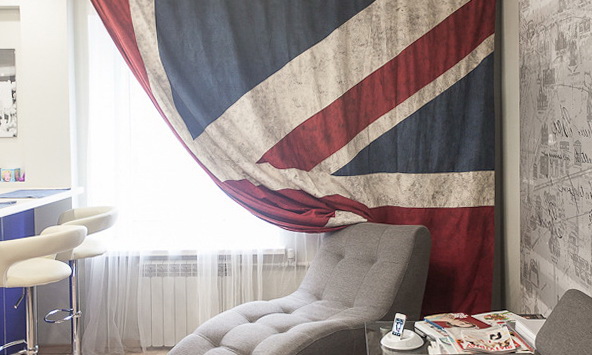 The idea of a blue entrance door sank deep into the mind of the hostess since the film “Notting Hill”. 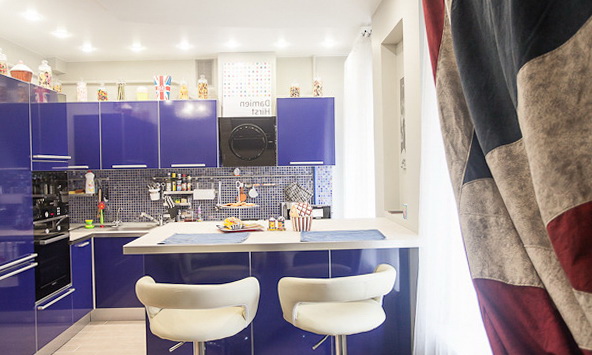 An old album with Oscar-winning actresses was found at a jumble market Portobello Road in London five years ago. There is a photo of Audrey Hepburn near it, which was found at Parisian booksellers. The note paper with Marilyn is from the shop at the center Pompidou in Paris. 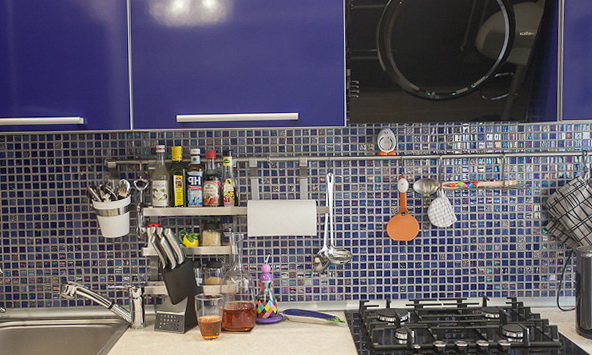 There is a reproduction of the picture by Damien Hirst in the kitchen over the cooker hood. It was bought in London a month ago at his exhibition in Tate Modern. Cooking appliances are from the French shop Pylones. 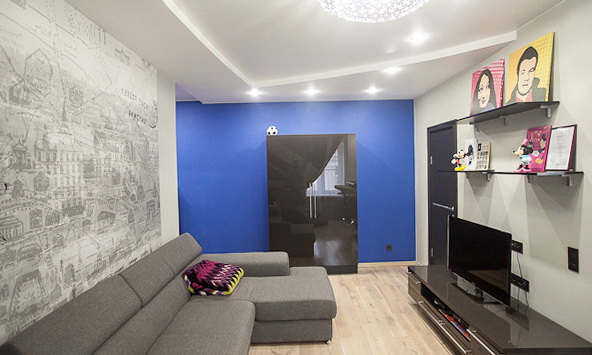 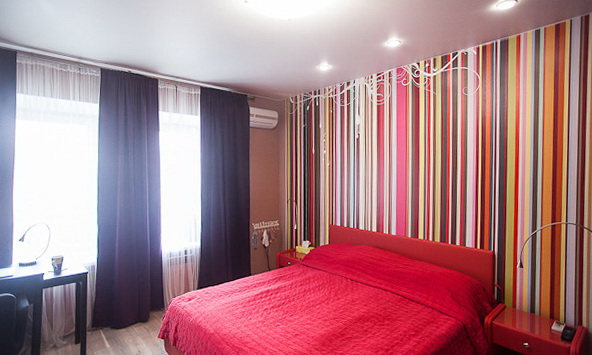 Curtains with the Union Jack from the shop Home Concept were the longest to wait. When they received them they appeared twice as wide and only one part of them was hung on the window. 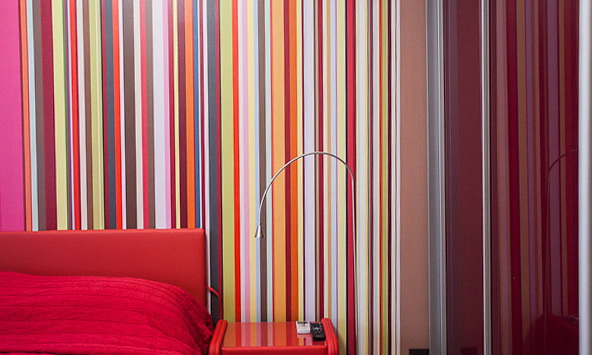 The bed was ordered in Italy, bedside tables were found at another manufacturer. 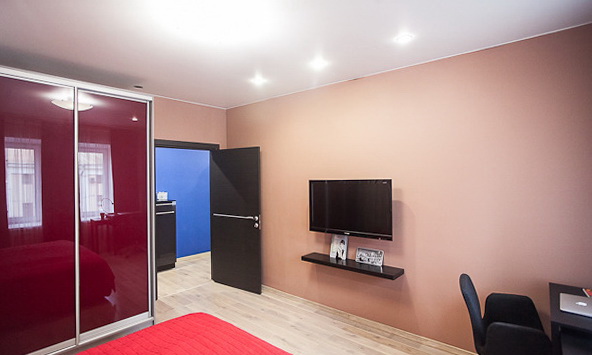 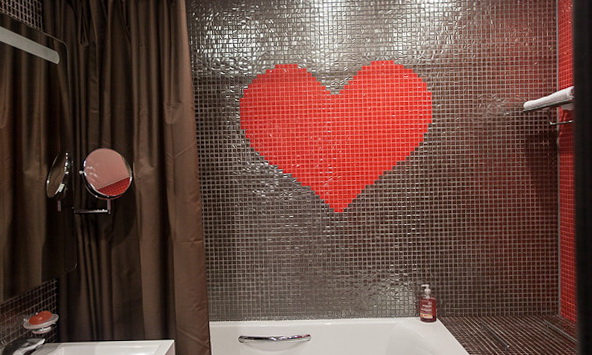 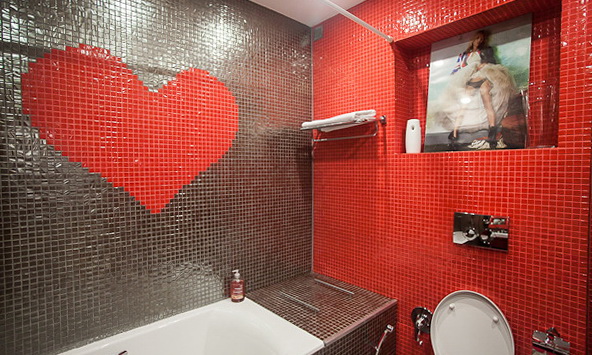 The portrait of Kate Moss was bought at the exhibition of Mario Testino in Rome last year.