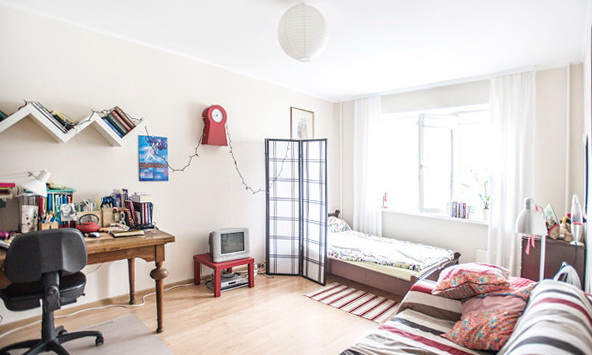 A single-room apartment on Hmyria street, which had belonged to Kseniya’s grandmother before, was rented out for several years. The dwelling needed capital repair when Kseniya decided to settle here three years ago. After finishing renovation the walls were lightened so that to widen the space visually. Part of the furniture fell from parents, the other part was made to order – the owners tried to use each centimeter functionally in conditions of a small metric area. Kseniya sewed a bright coverlet for the sofa together with her friend. She got pillows as a present. 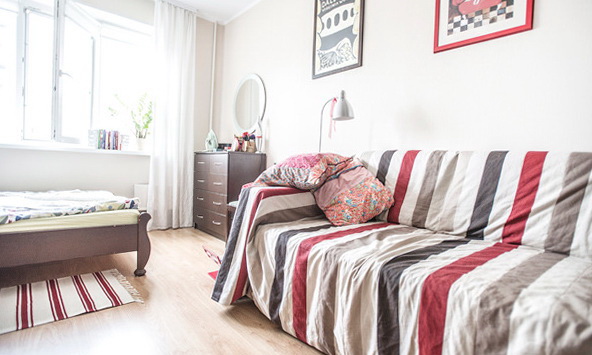 Having an impressive home library the hostess gave special attention to books arrangement. She wanted to make the book stack at full length of the wall entire, but it was decided to divide it into two parts because there is no boxroom in the apartment. Kseniya made a household corner between these two parts. It was decided to separate the bed with a folding screen and to place a sofa where guests can sit, because the room serves both as the bedroom and as the living room. 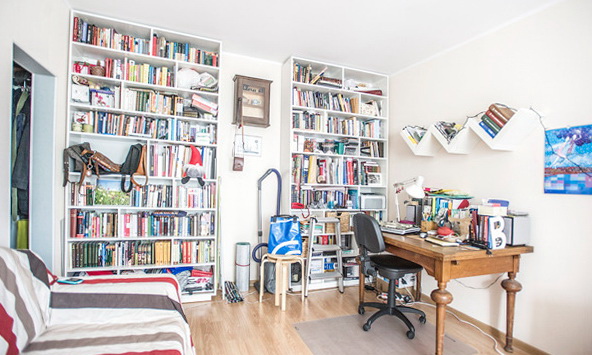 The hostess’ habitual place is a working zone. An oak table, at which Kseniya spends her time most often, belonged to the family. Besides books there are many notebooks and booklets from different countries here. The hostess travelled about practically all Europe and brought many posters and post cards which decorate the walls in the room and in the kitchen. 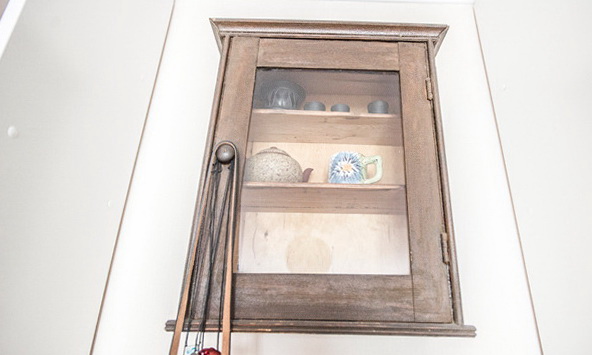 Kseniya bought a poster with a cover of the first edition of the book by Virginia Woolf “Mrs. Dalloway” in Oxford. Reproduction of the picture by Evgeniya Gapchinskaya fell to the hostess, when she worked in the publishing office, children’s books of which Gapchinskaya illustrated. 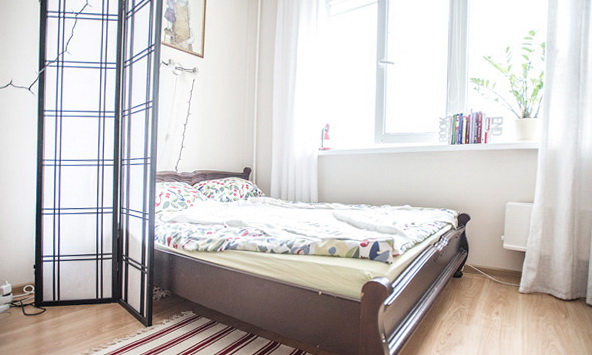 An invisible rug from Germany protects the floor from scratches which can be left by the working chair rollers. The bed had stood amid the room before. Then it was removed to the window, so the space was divided into private and guest zones. Kseniya hung the picture of the Ukrainian paintress Natalya Pastushenko over the bed. It was decided to leave New Year’s fairy lights as an additional source of light and coziness. 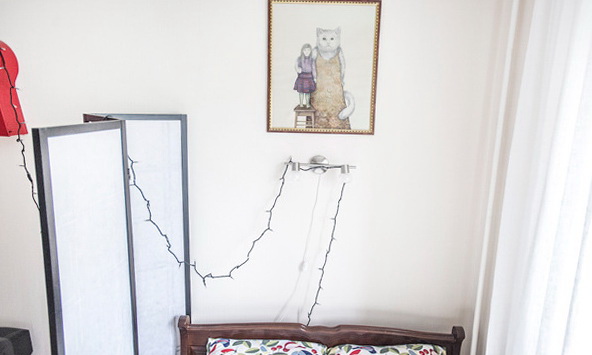 Kseniya’s private library includes belles-lettres and art books in Russian, Ukrainian, German, Polish, and English. Red clock and a zigzag bookrack are from Ikea. Kseniya bought a bookholder which can be spreaded out as harmonica in a Polish shop Empik. 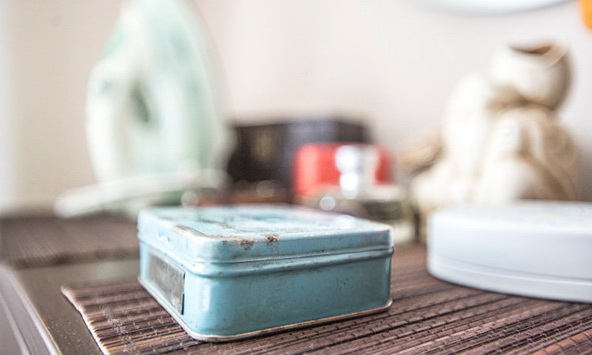 The medicine box which is more than eighty years old was made by Kseniya’s great-grandfather. The hostess considers her apartment quite gurlie first of all due to pictures and decorations which hang all over the apartment. She also uses different caskets for accessories storage. A blue tin box was found at a jumble market in Brussels. 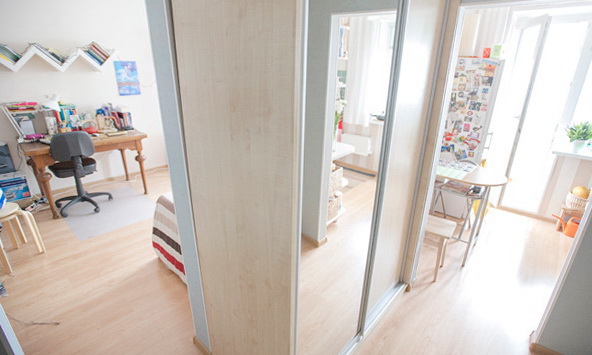 The furniture was made to order in order to save the area. The wardrobe was located in the entrance hall. 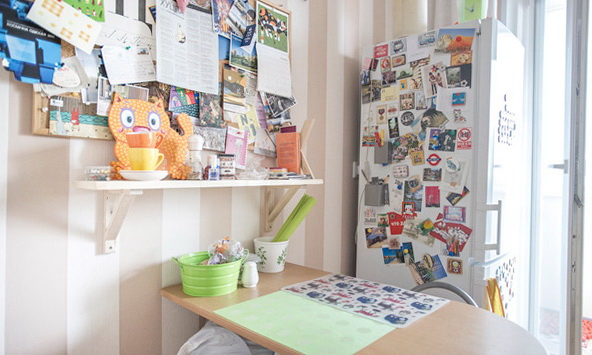 A kitchen table, which appeared not so handy but quite functional due to additional shelf under the tabletop, was bought in Jysk. There are post cards on the refrigerator. They are sent to Kseniya by postcrossing lovers. 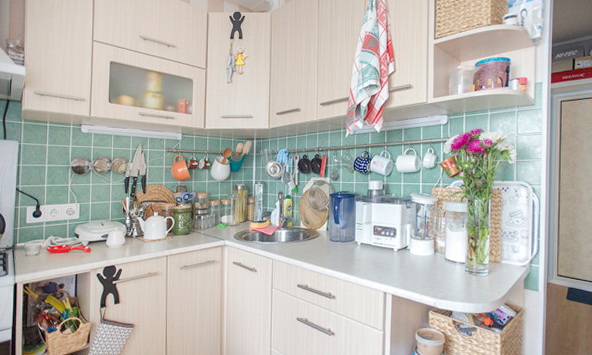 The hostess designed the kitchen by herself. There are cups from Krakow, Oxford in the collection of glassware brought from everywhere, and a glass pad which was saved from her childhood. Man hangers are friends’ present. The Soviet poster was found by Kseniya on Andreevsky spusk.