OWNERS
Anton – a writer, a journalist
Anna – a model

A writer Anton Fridlyand bought a two-room apartment in an old house on Artema street five years ago. The owner decided to make the interior in Asian style after travelling around China, Thailand, Cambodia, Vietnam, and Laos. His friend, an architect Ilya Kabalov, helped Anton to execute the plan. Having considered various ideas, they agreed on a more neutral variant of design – comfortable for life and which keeps the aesthetics of a Chinese style at the same time.

It was decided to combine two narrow rooms into a single space. It was necessary to break down one of walls for this purpose, but the wall was bearing, so part of the structure had to be left. Since many permits had to be collected for relayout, the repair dragged on for almost two years. 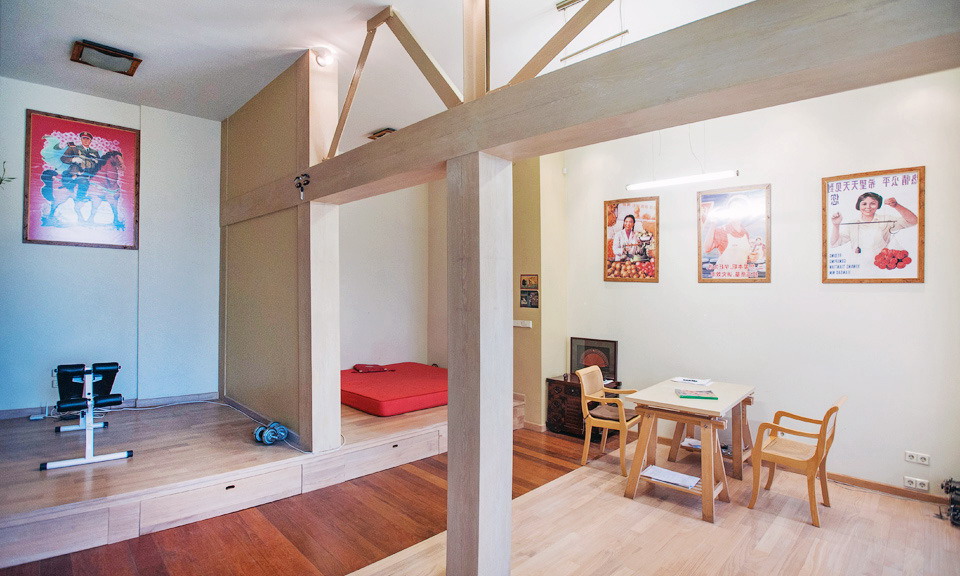 Posters on the walls were scanned from the book Chinese Propaganda Posters. 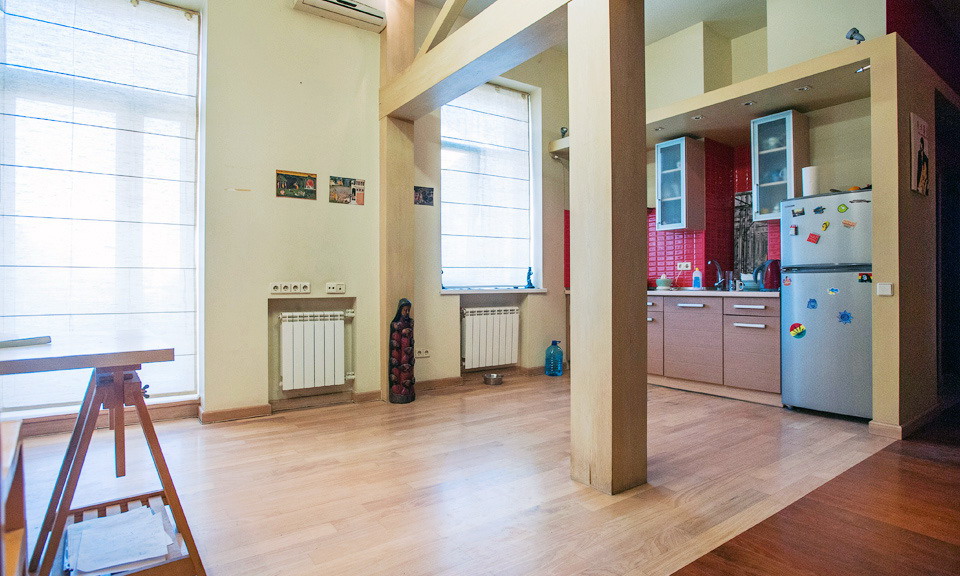 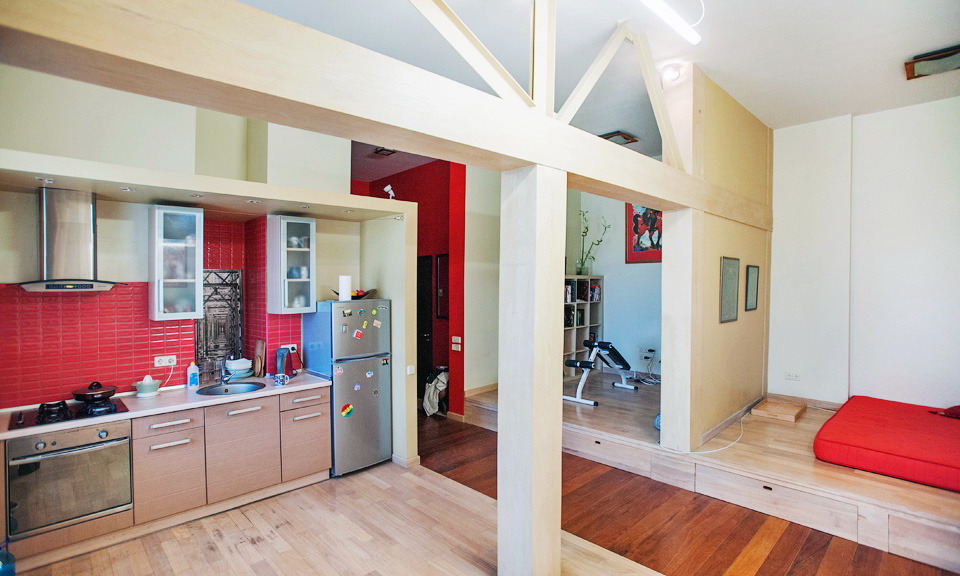 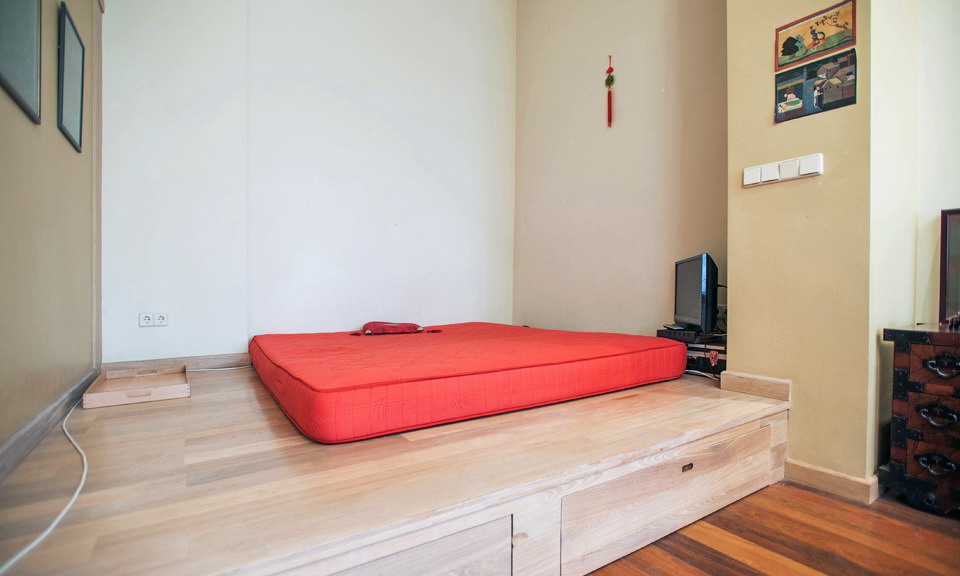 The space is divided into zones on the basis of Feng Shui rules: the main space, a bedroom, and a training zone. The entrance hall is separated from the room visually – by means of wall colour and floor finishing. 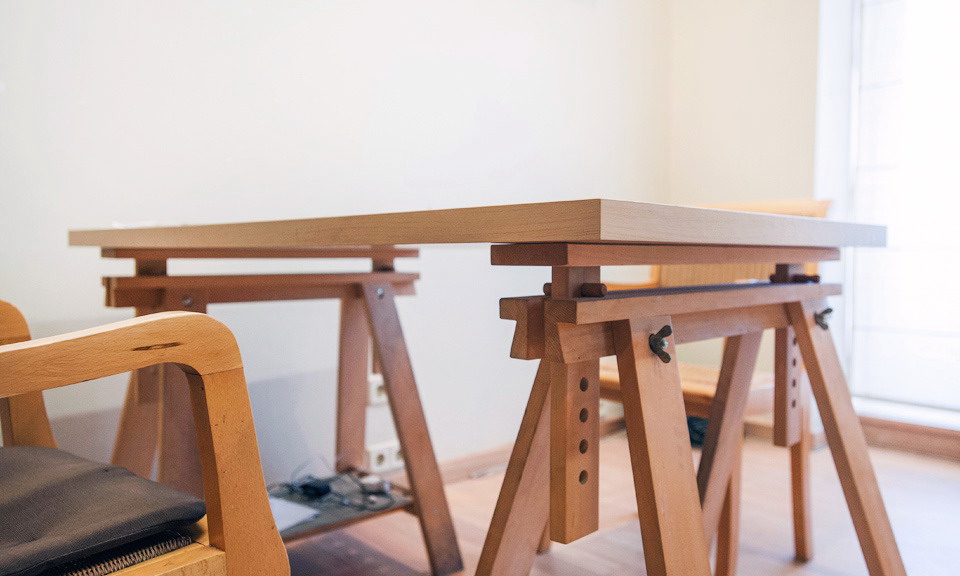 The workbench was ordered in Ikea. 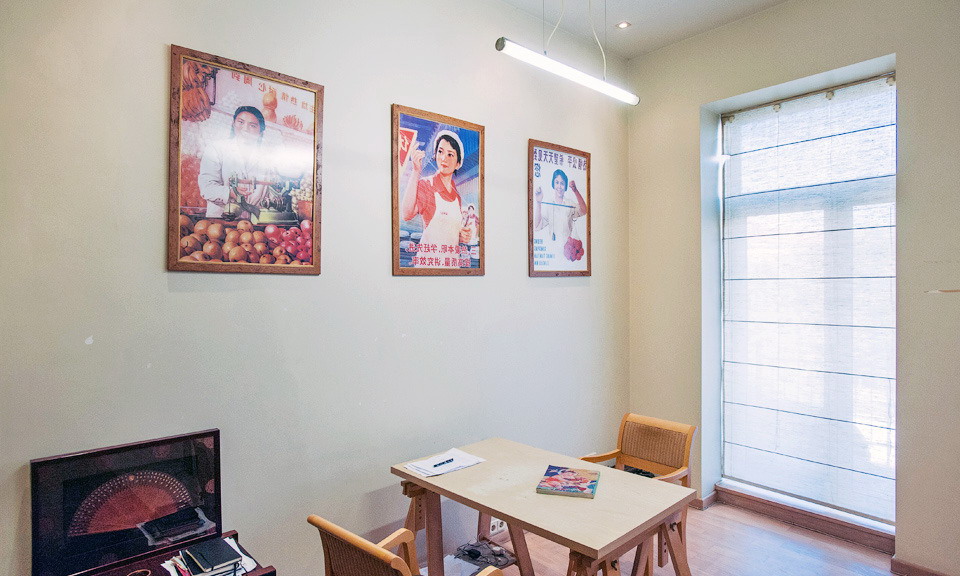 A book stack Ikea was placed in a training zone. 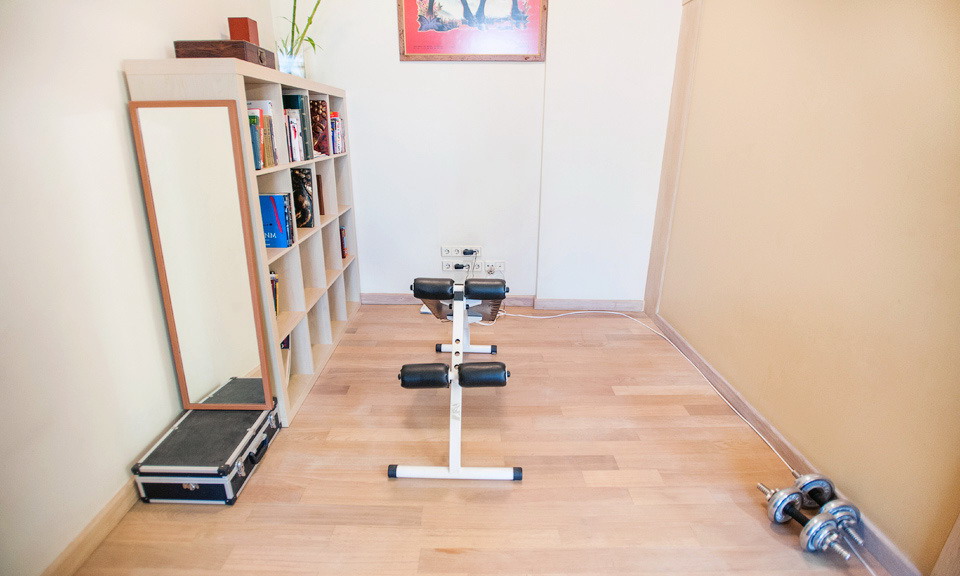 While thinking up the design they tried to adhere to two principles: naturalness and ergonomics. Thus, there are almost no wardrobes in the apartment – niches in the podium perform their function. 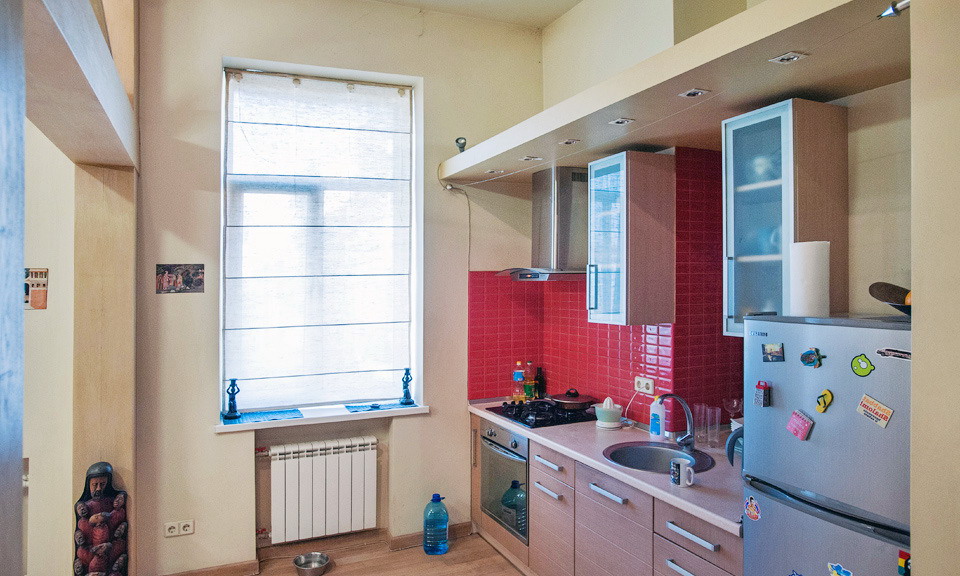 The kitchen was made to order. 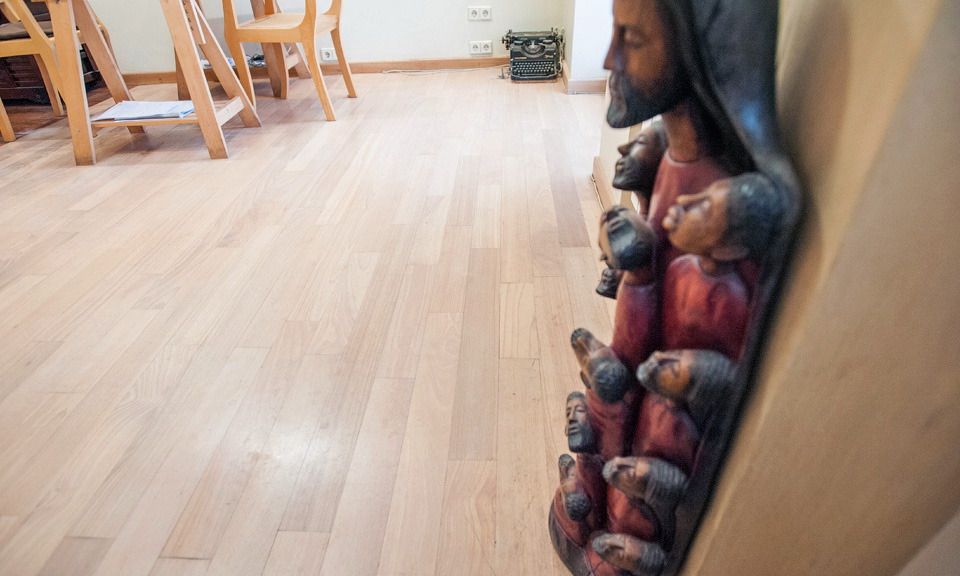 An antique typewriter is the friend’s present. It is in operating condition, but performs only a decorative function. 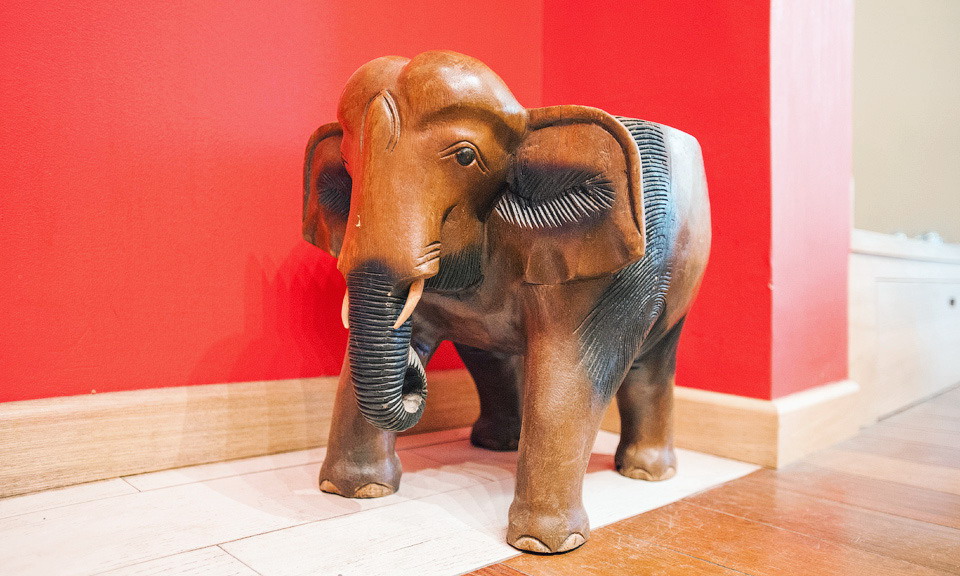 Chairs in the form of animals were bought in Kiev. 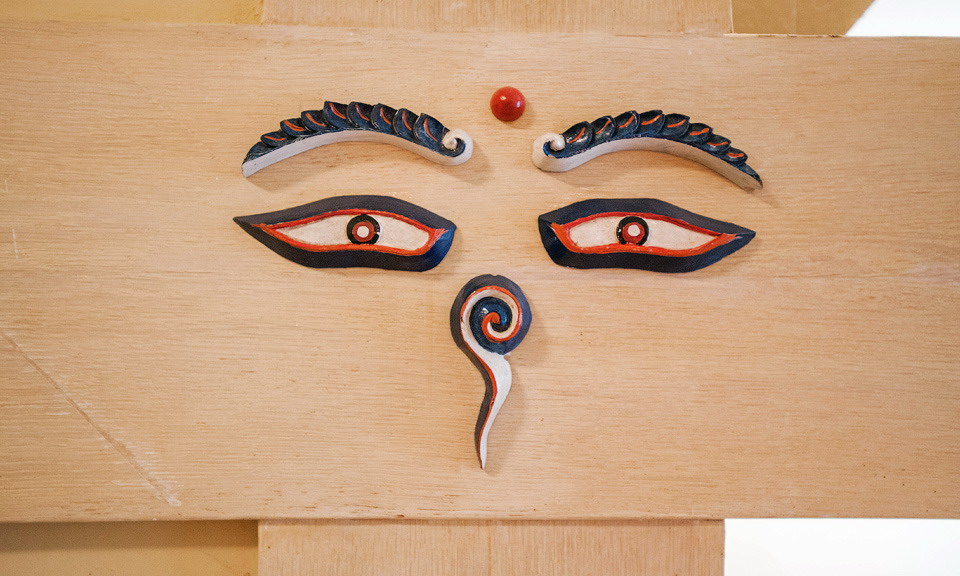 A composition in the form of eyes is from Nepal. 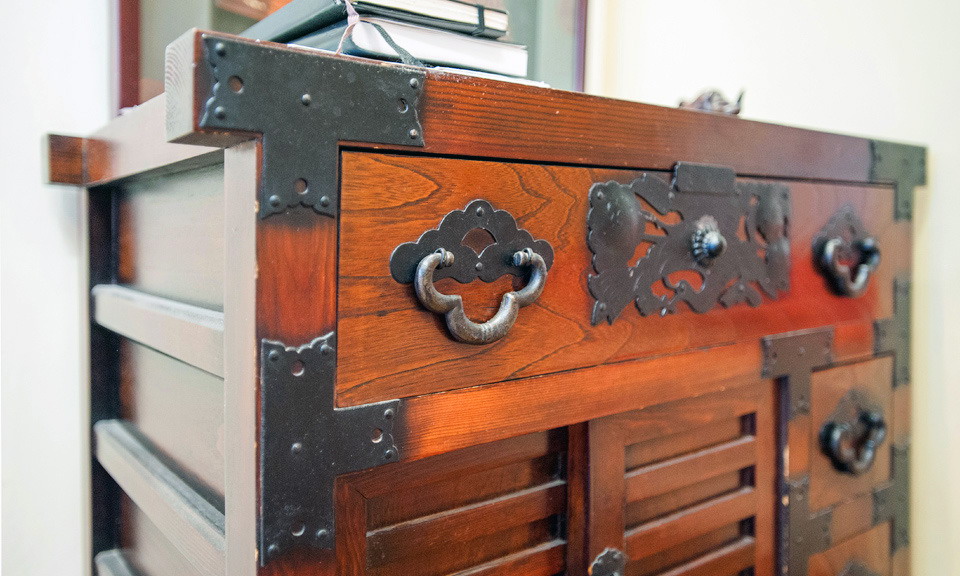 A chest of drawers fell to the owners as a present. 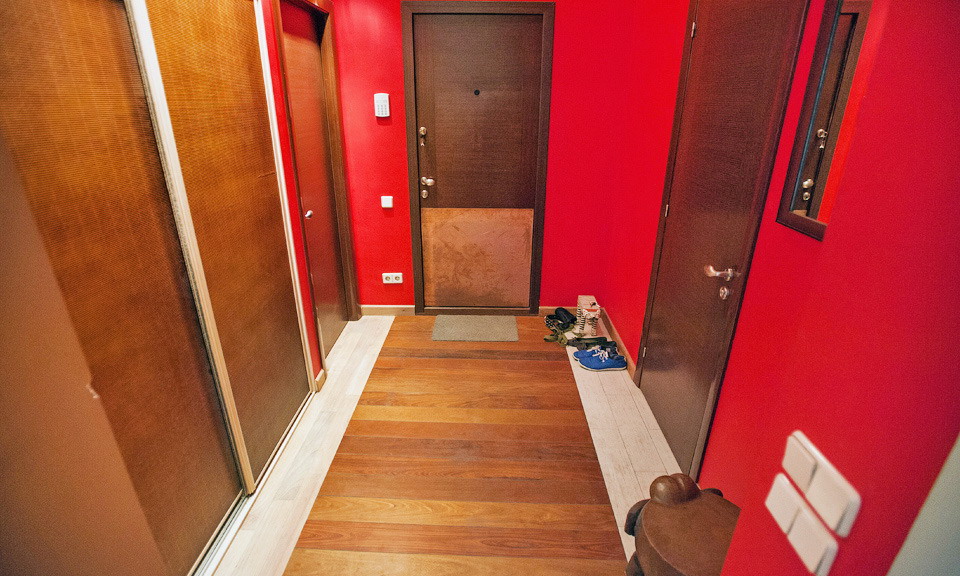 Bamboo doors for the wardrobe in the entrance hall were found in Kiev building material store. Metal covering protects the door from scratches. 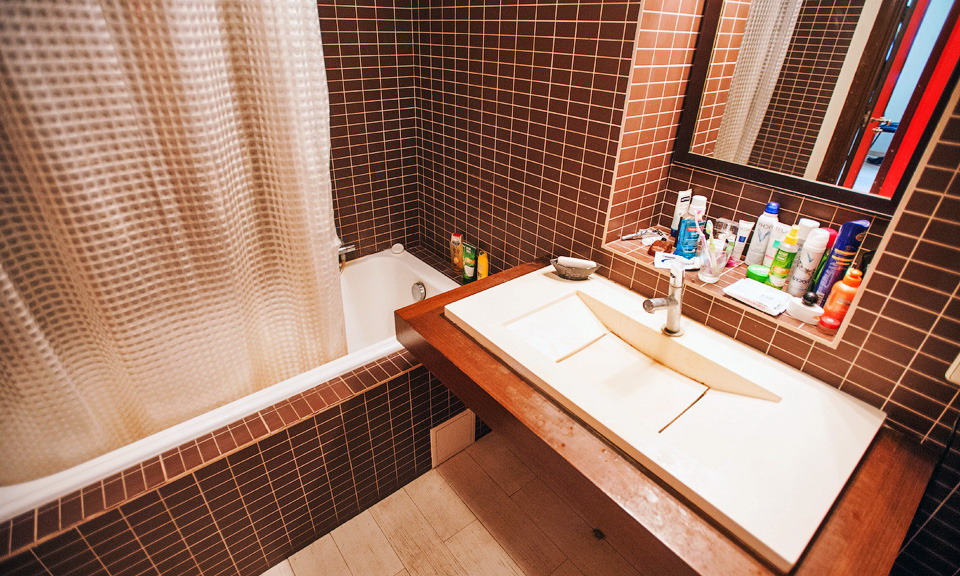 The bathroom design was taken from Asian hotels.