A spacious apartment with elements of classical and English styles and panoramic windows in Residential Complex “Aerobus”. 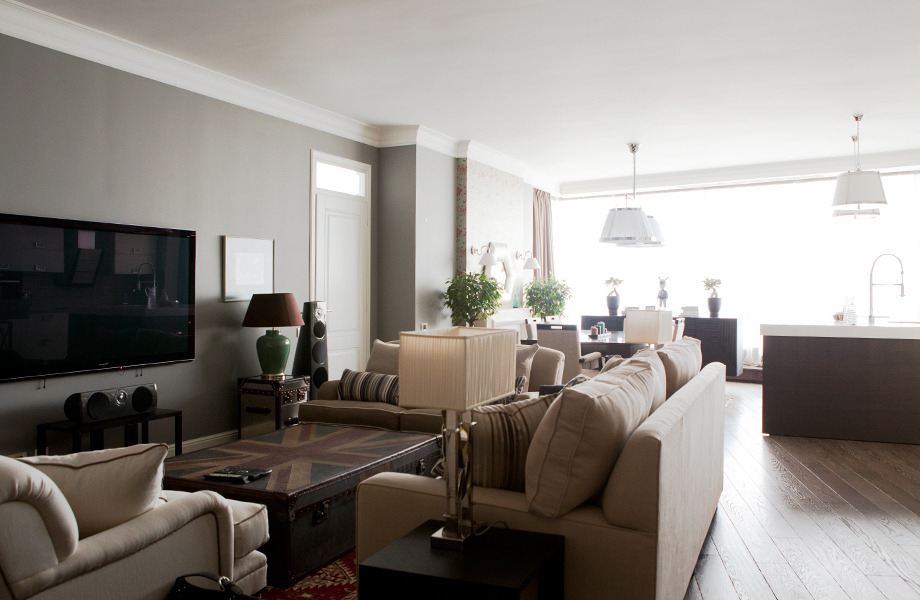 A young couple bought their apartment in Residential Complex “Aerobus” about two years ago. They were attracted by a panoramic view from the 31st floor and a free layout which made it possible to create a comfortable space for life.

The owners got to know about the studio “Arkh. Predmet” from their acquaintances. Its founders – a designer Ekaterina Tulupova and an architect Olesya Sitnikova – made the interior for Dmitry and Ekaterina. Both parties were pleased with each other: the owners gave a full swing in the matter to designers, and the latter took into account their few but essential requests in their turn. For instance, technique was important for Dmitry. A complex ventilation and air conditioning system with air humidification, and sound output to all spaces and managed from iPad, are provided in the apartment. Ekaterina determined a color scheme.

Panoramic windows gave troubles: it was quite noisy because of them, that’s why designers decided to cover vinyl windows with movable wooden panels.

A free layout was indicative of separation into three zones: a living-room, a kitchen, and a balcony zone. The space also made it possible to separate a complete bedroom and a cabinet. A grey color from Manders Little Greene line, taken as a basis, was much colder on expositions and in an empty space, but the owners were ready for this – the shade became warmer when the furniture and textile appeared.

Sofas and arm-chairs are Mulberry. Trunks are Timothy Oulton. 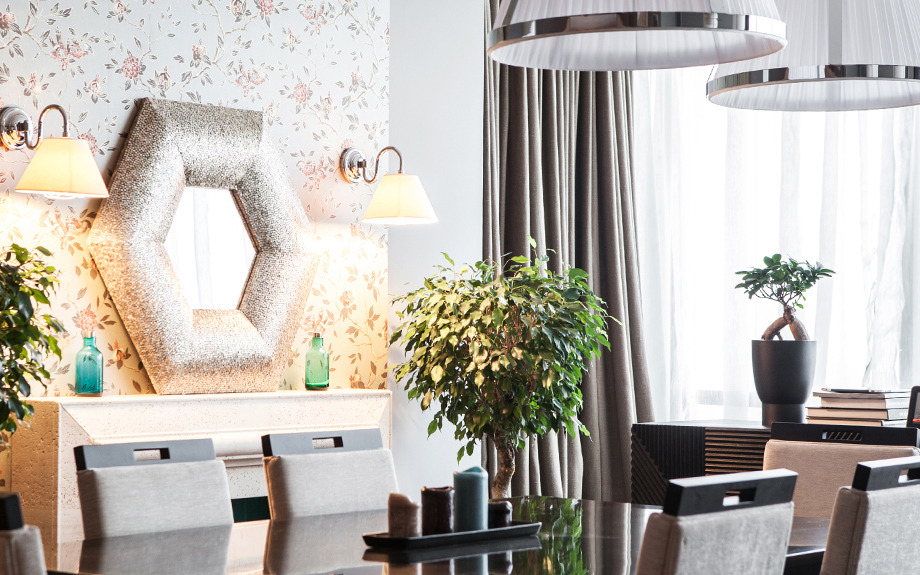 The lighting is Vaughan. 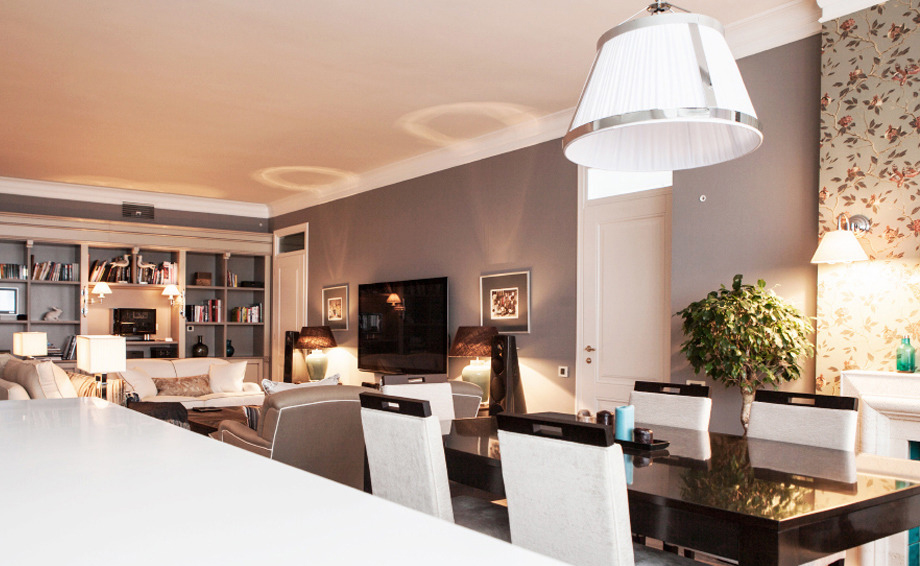 The table is Selva. Chairs are Mobilidea. One of the doors in the living-room admits to the cabinet which is just being transformed into a children’s room due to a bright spot, the other one opens to the owners’ zone, where there is one more toilet room, a wardrobe room, and a bedroom. The doors are Agoprofil. The oak for finishing of the floor of a combined living-room and kitchen zone was treated and painted by hand. The shade and finish turned out interesting. There is ordinary oak parquet in other rooms. 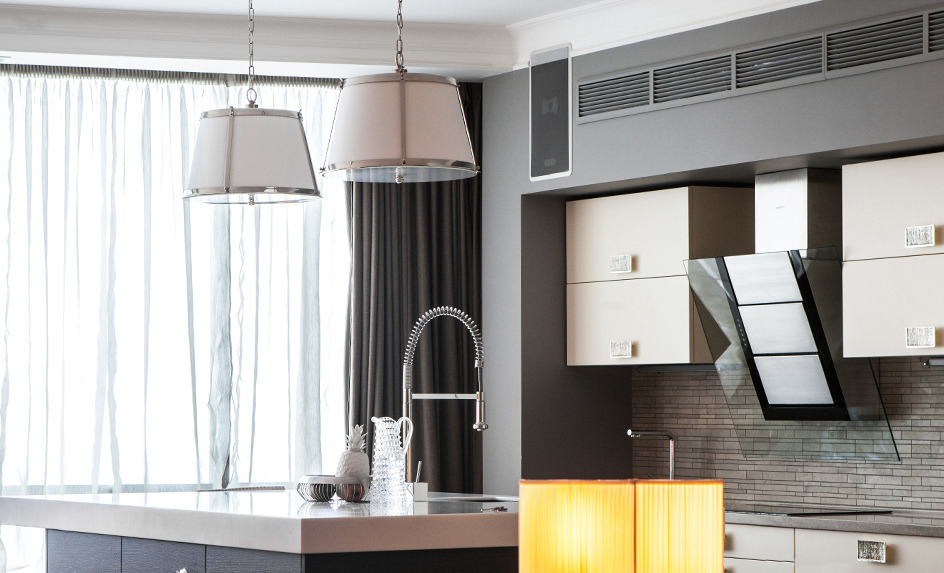 An Italian kitchen Pedini with an island got a new look, when handles Amalgama appeared on facades. The stone is Rim. The sanitaryware is Antonio Lupi, Alessi. Mixer taps are Hansgrohe, Axor. 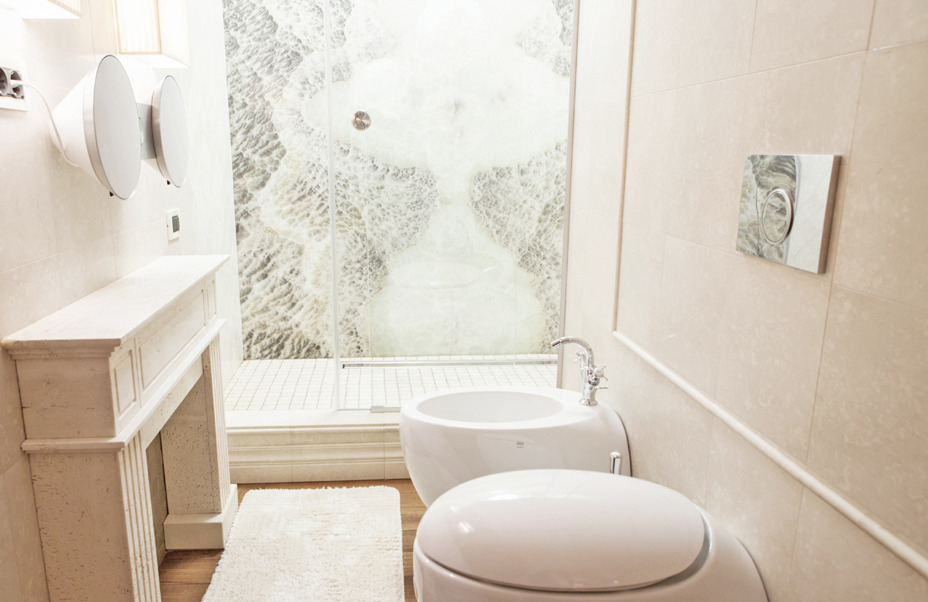 The ceiling in a guest toilet room was painted dark and the walls were put up with English wallpaper. 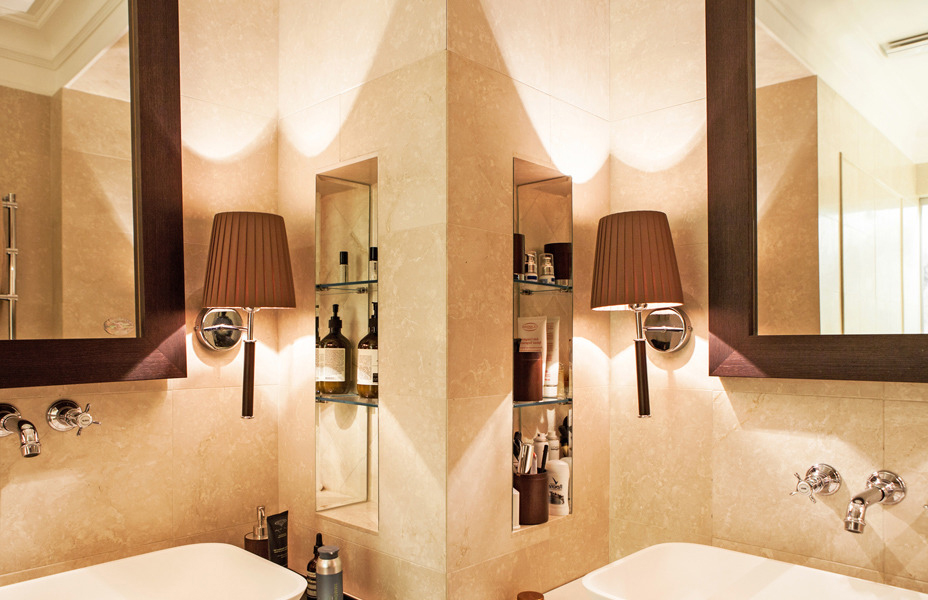 Natural oak – travertine and onyx – was mainly used in the finishing of walls in the bathroom. The floor is teak. 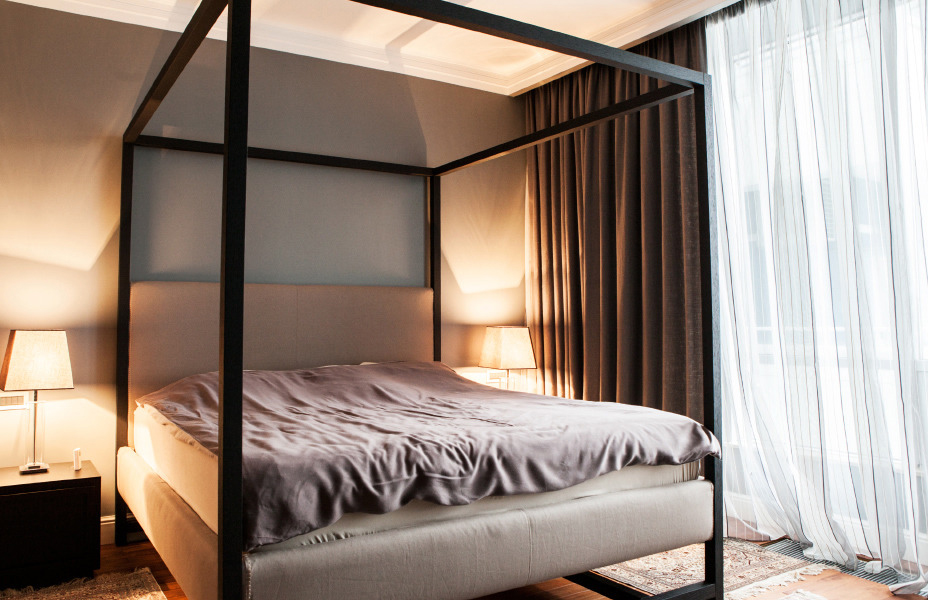 The bedroom is being reworked. A wardrobe with leaves of wall color will appear opposite the bed soon. A chest of drawers which is in the living room now will be located there too. The bed is B&B.