Japanese architectural firm Hironaka Ogawa & Associates decided to make a purely “natural” tone in a modern residential interior. The solution was born by chance in the course of project development for the completion of the house, they decided not to cut down trees, occupying “wrong” place, and organically fit them into a new environment. Originally it was planned that during the expansion of the house, standing in the Japanese city of Kagawa, camphor and zelkova, growing next to it, will be cut down. Designers of office Hironaka Ogawa came up a bold idea: they left the trees in their place and build the room around them, seamlessly combining modern design with tree silhouettes.

Largely influenced by the decision of designers stories of the current owner at home – before it belonged to the girl’s parents, who now lives here with her husband. Her story of how she played around the trees and climbed on them, being quite small, melt the heart of designers, who decided not to cut down camphor and zelkova, but chose to go for a rather extravagant step. 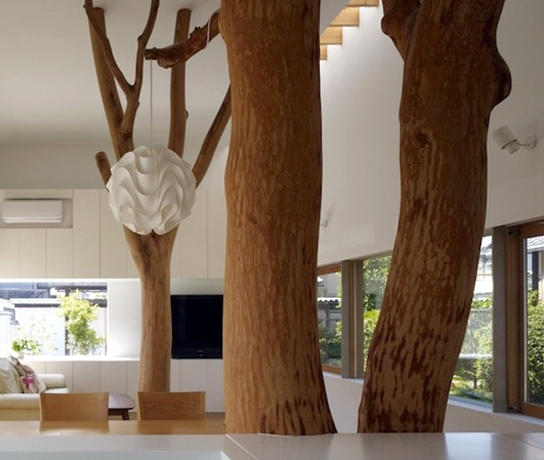 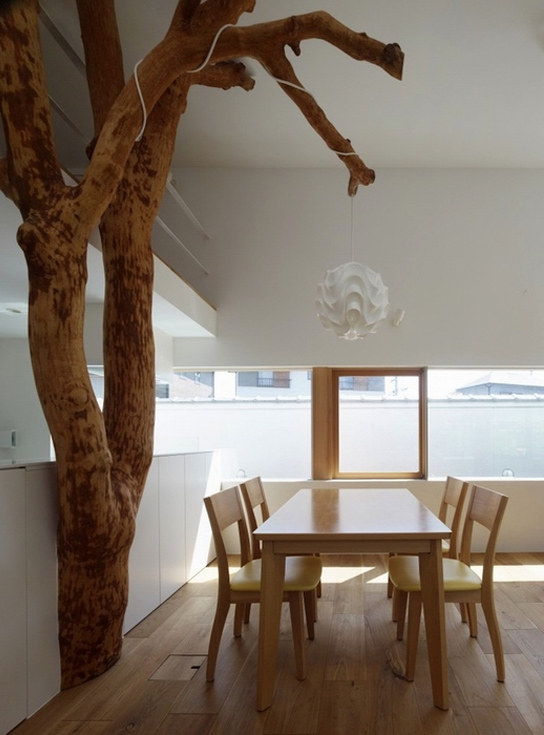 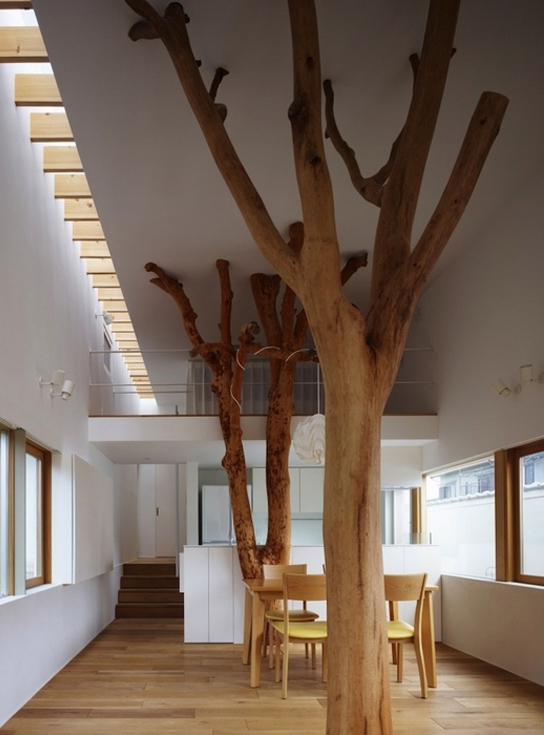 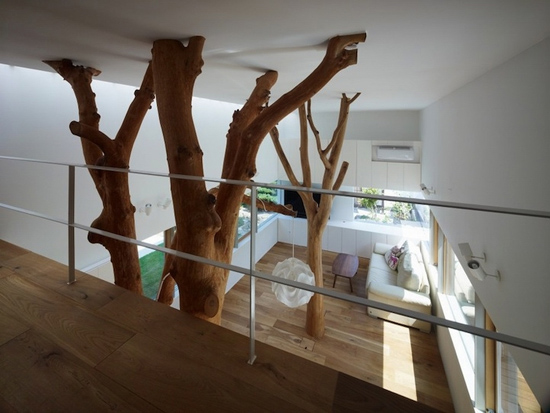