Looks very unusual Japanese garden in the Mediterranean. This combination has become possible only because of resourcefulness landscape designer. This two styles – Mediterranean and Japanese, are organically combined in the plot. The geometry of the lines very well fit into the natural surroundings proportions Japanese garden.

Designer turned reddish color schemes that match the colors of the house. Japanese vegetation is doing well in this area, because the climate here is perfect for her. Japanese maple, pine, barberries are at home.

Three of the reservoir, in addition to the pool were fitted on the site: a cascading waterfall, stream and pond near the main entrance.

With the geometric elements are consistent and stones, not rounded, as is common in traditional Japanese gardens, and angular, straight lines emphasize the tracks.

On the site was very close to ground water, as clay layer overlies literally n meters underground. But the designer originally solved this problem by placing several ponds around the perimeter. Also planted pine.

In the design of the garden is also inscribed cascading waterfall and river that spanned bridge in the Japanese style. Stream flows into the pond, which is full of carp.

The garden is also a great mix of maples. In the fall, when the plants become bright colors of leaves, you can sit in the gazebo and posozertsat. Go to it can be a gentle slope. 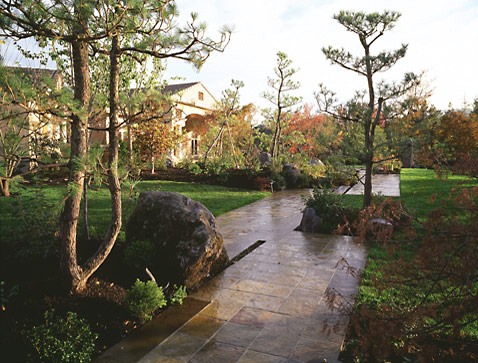 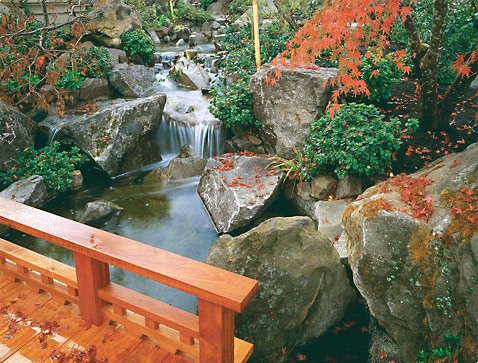 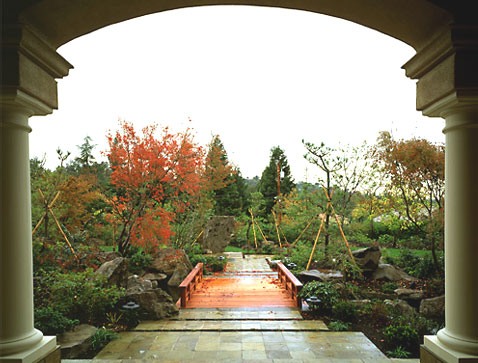 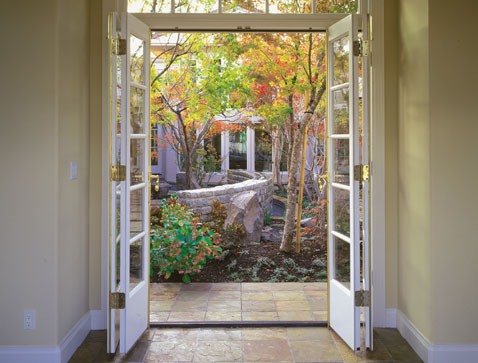 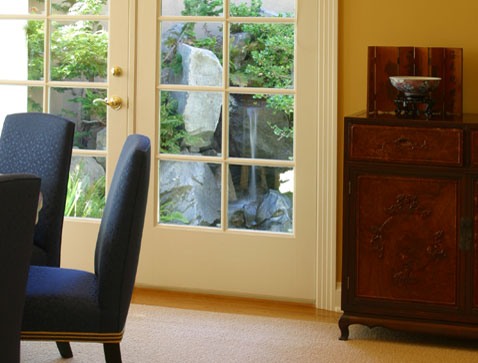