Sometimes crazy idea suddenly becomes commercially successful. It seems that you are going on about its own, somewhat child, dreams – and suddenly it becomes clear that many dream about the same. Before you – 3 bright example. 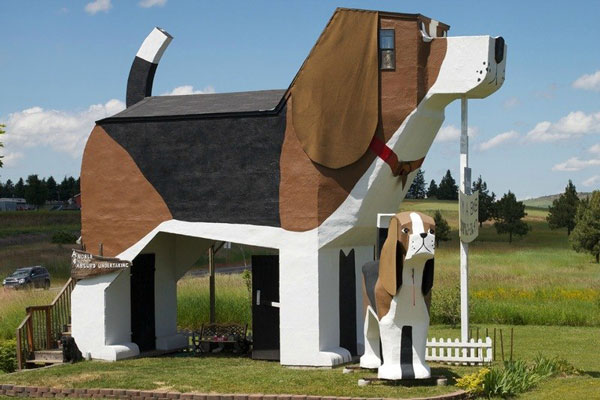 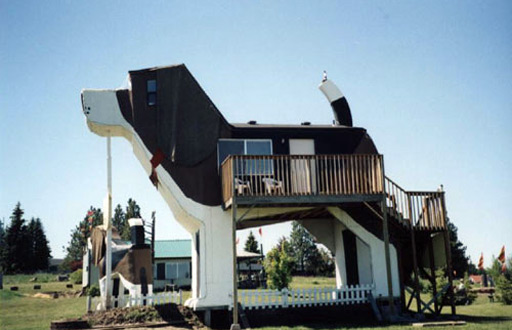 Some people believe that an artist should be hungry, creativity and business – incompatible concepts. May once have been, but not today. Today, creative hobby can bring quite a decent income. The main thing – time to find its niche.

15 years ago, artist Dennis Sullivan and his wife Frances Konkling possessed dogs and wooden crafts, worked in the gift shop. It is not that creative craft was not successful, but a revolution in their lives made ​​one simple idea. The couple decided to build a house … in the form of a dog. Later joined her puppy – also home. 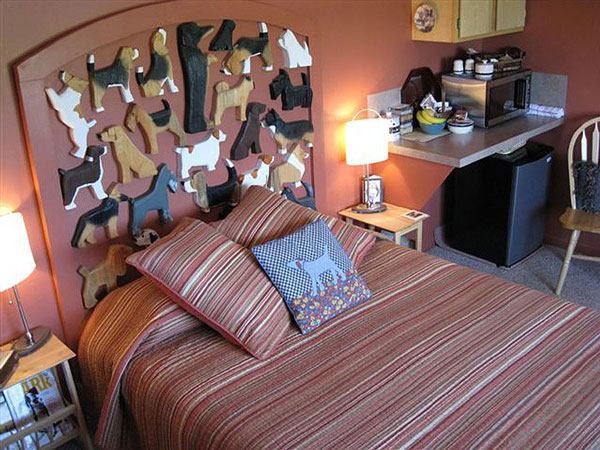 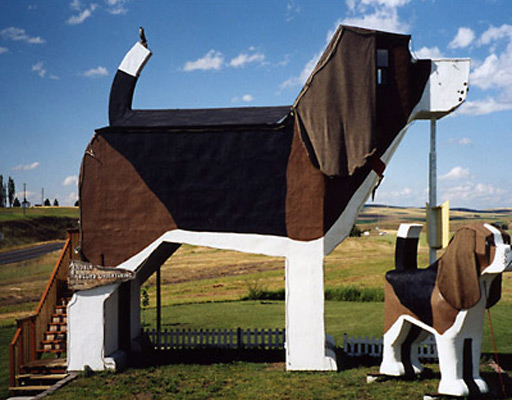 Two-storey house 10 m includes all necessary for comfortable living room: bed, living room, bathroom and kitchenette. To get there, you have to climb the stairs in the very bowels of a large wooden dog. 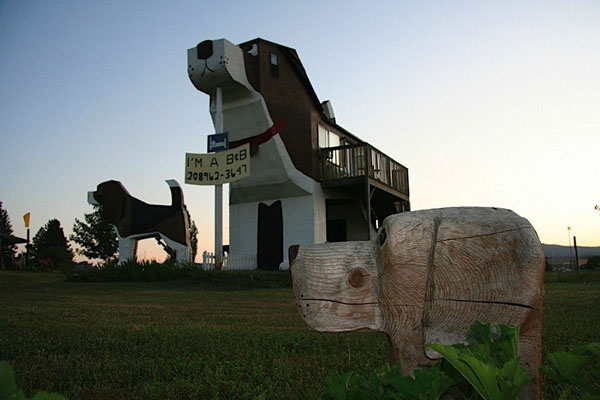 The house is very popular among local and want to live in it are not translated. So the decision to get a dog hotel was more than logical. Now to book a seat in it to take care of a few months before the proposed visit.

In memory of the adventure visitors can buy those same wooden sculptures, from which it all began. A gifted – themselves make similar crafts under the personal direction of hospitable hosts.

Another house, whose design was created from commerce, can be found in Pennsylvania. This original structure, built in 1948, and to this day remains a landmark of national significance. Inspired by the folk tales of shoe salesman, businessman cobbler Mahlon N. Hayts built house shoes for visual advertising the business. 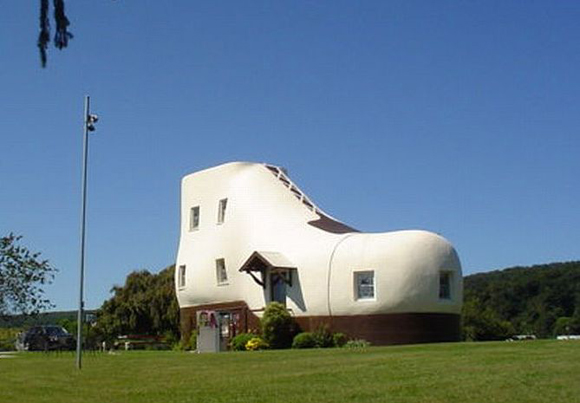 House-shoes “trying on” over and an ice cream shop and gift shop. More recently, there was a mini-hotel with three guest rooms, and today it is a museum of architecture. 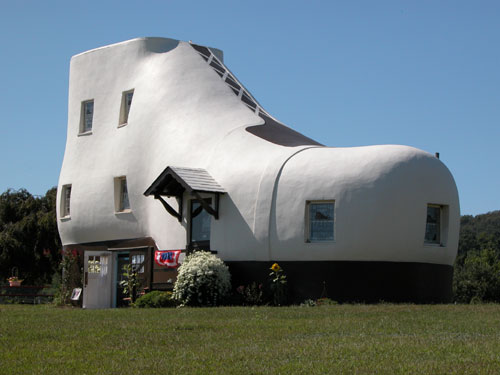 One can only hope that the exhibits in it worthy of its lace “showcase.” 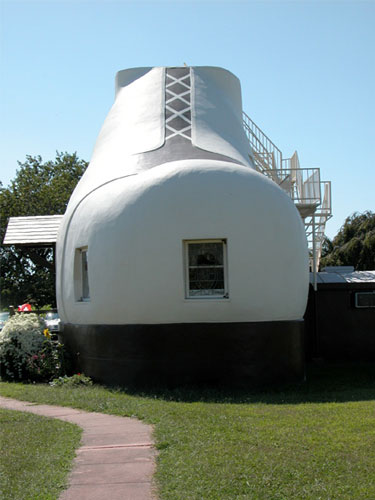 List of original buildings still unique home machine, or, as the author calls “Car seat”. Architect Mark Volrayteru do a complete reconstruction of a typical building of the 1970s, not far from the reserve in Salzburg. 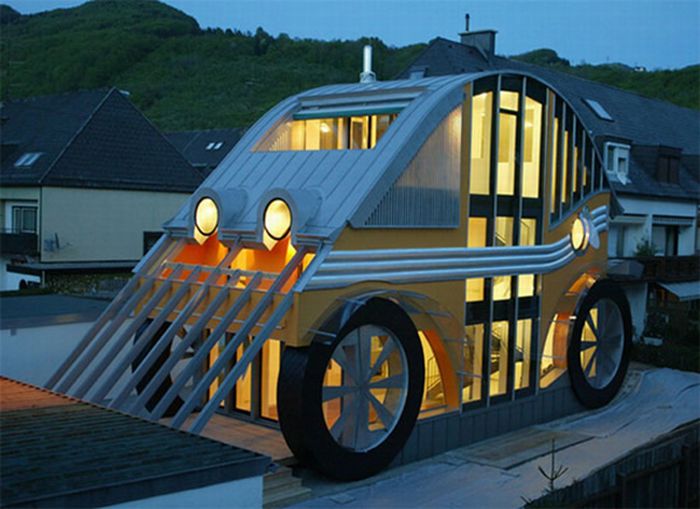 Appearance residences reminiscent of car Volkswagen Beetle, once won the title of “people’s car” for a record fuel-efficient performance. And the house itself is an example of energy conservation: it used innovative technologies that effectively reduce energy consumption. 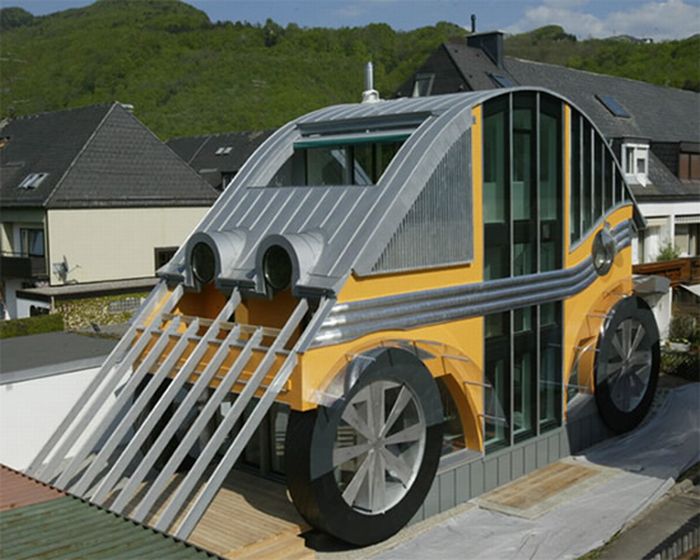 The interior of the “Road residence” includes two functional areas: territory for children and separately for their parents in the future will allow the two generations living under one roof. 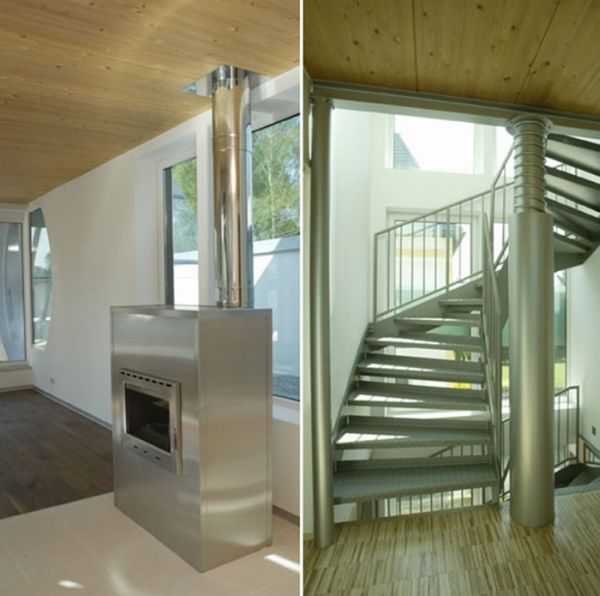