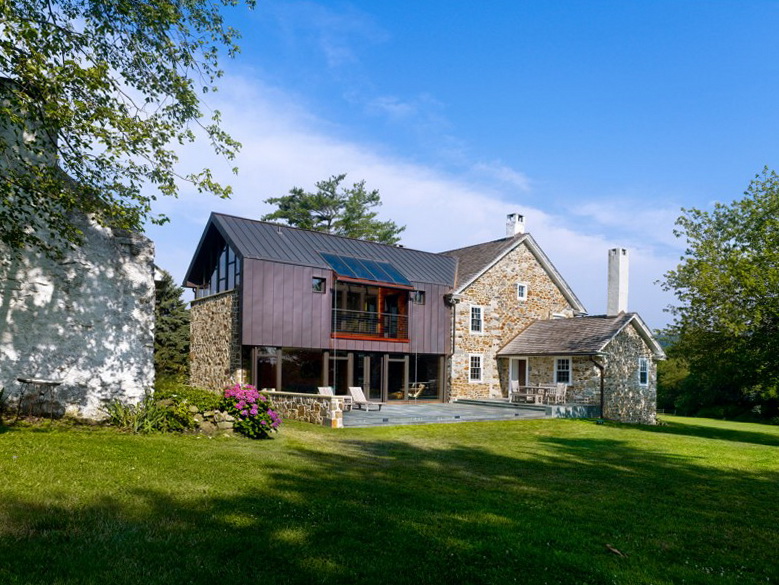 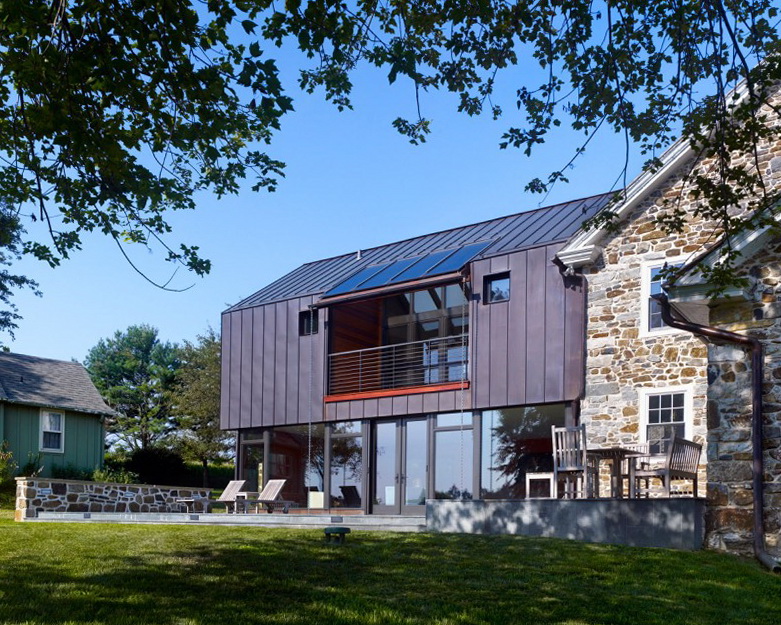 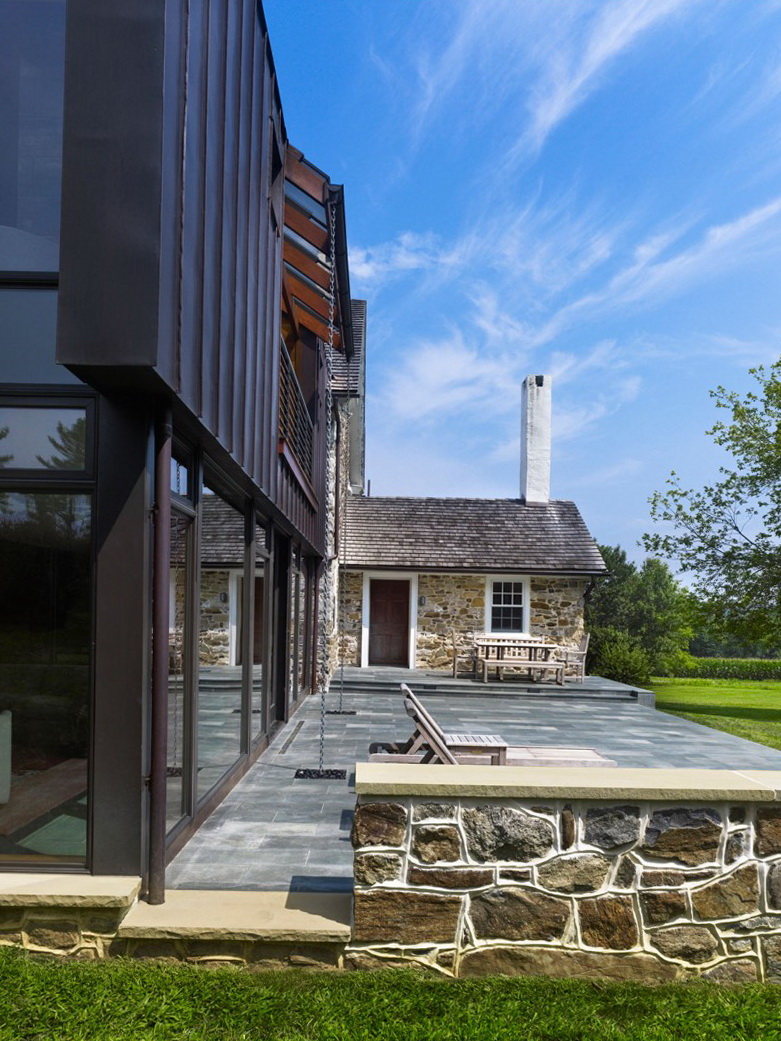 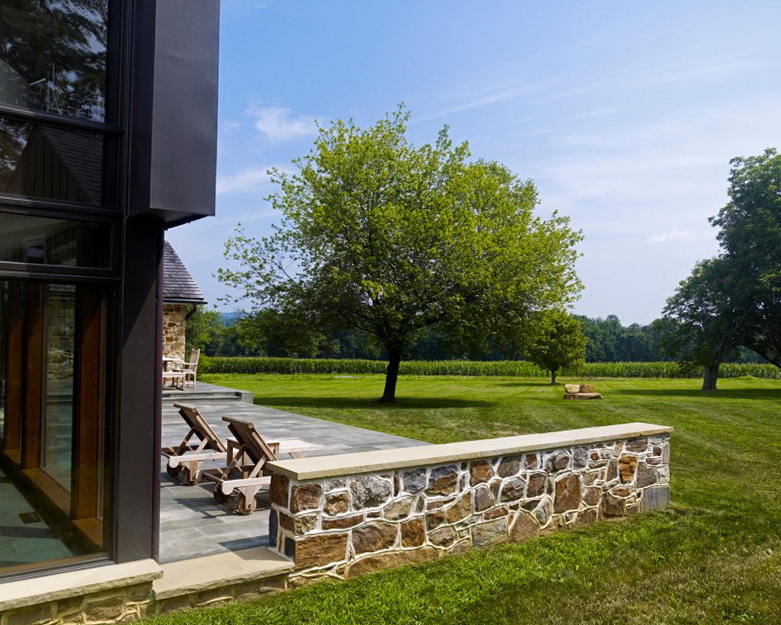 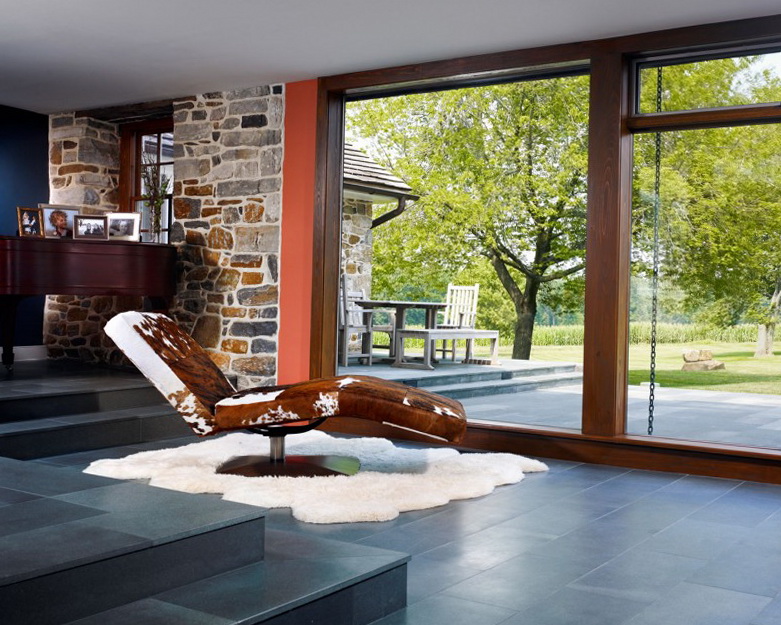 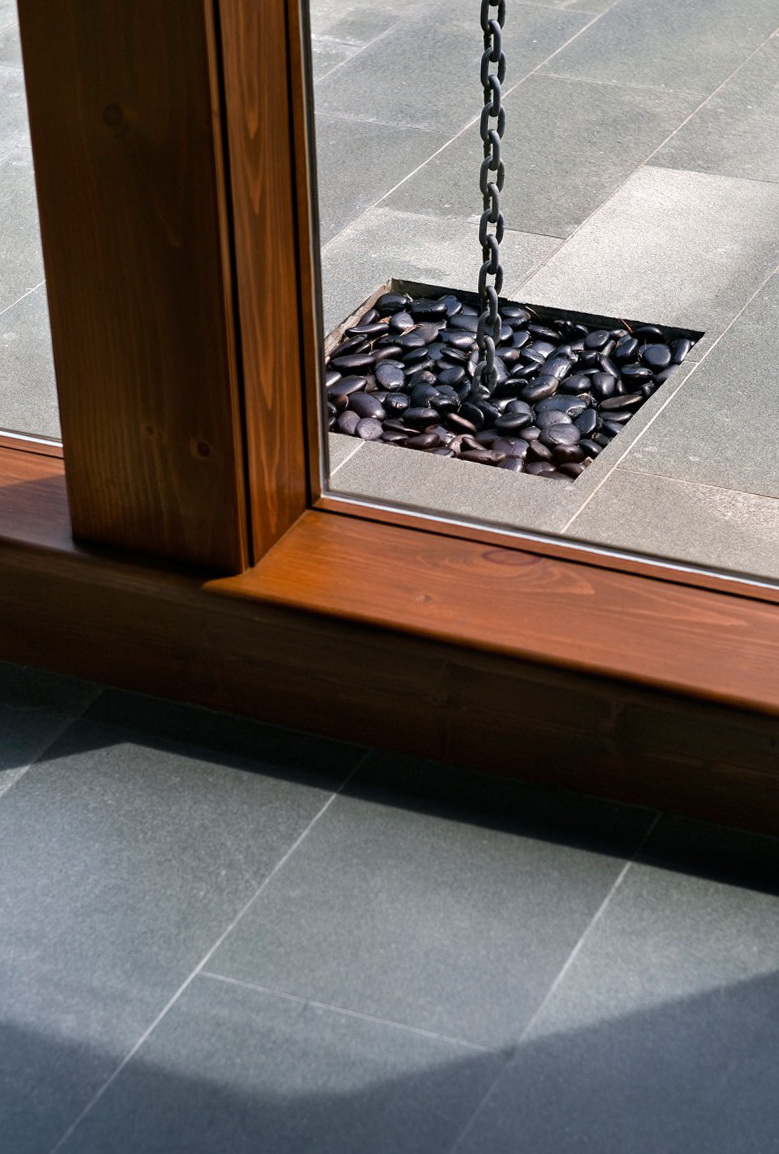 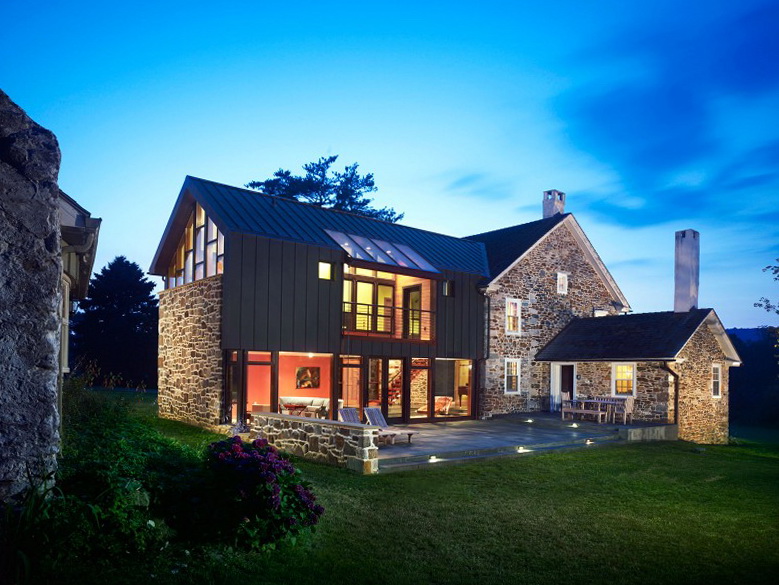 Farm Addition by Wyant Architecture:
“The project site is a rural homestead in Chester County, Pennsylvania. Clustered together in the southeast corner of the site were an historic 18th-century stone farmhouse and several out-buildings, including a wood framed guest cottage and two barn structures. The existing house, with its wide plank wood flooring, rustic hearths and intimately scaled rooms was appealing to its new inhabitants, but it lacked the modern spaces and amenities they desired to support a contemporary lifestyle, and offered few connections to the beautiful setting.
A sensitive renovation of the existing farmhouse was undertaken to accommodate home offices and bedrooms for children, while the 21st century notions of family room and master suite were housed in a new two-story addition. The addition itself acts as a threshold from a new entry to the site beyond, and along with the existing house and adjacent guest cottage, captures space around a new patio, creating protected and intimate outdoor space from which to enjoy the idyllic landscape.
Unique aspects of the site and existing house became informative elements in the design process. The size and siting of the addition were restricted by the location of the guest house, while its scale and simple massing were designed to respect the character and presence of the original structure. A gracious new entry on the south side of the house was created to replace the original on the north, whose orientation no longer made sense given the winding vehicular approach to the house. Stone from adjacent fields was unearthed for the new construction, as it had been for the original house, and natural materials sympathetic to the existing were used throughout. To achieve a more comfortable ceiling height for the addition’s first floor, the lower level was dropped as grade permitted, also facilitating a spatial gesture towards the window wall and views beyond.
Creating a strong visual connection to the site and maximizing natural light through orientation were high priorities. Glass became a significant element in the composition, used to manipulate light and control views, but also more formally as a connector; between old and new, top and bottom, inside and outside. A copper roof, traditionally detailed on the west façade, turns down to become a protruding second floor wall on the west side, reminiscent of the forebay on a traditional Pennsylvania barn. A second floor deck, carved out of the copper forebay, is covered with a glass skylight that empties via chain downspouts to river rock drainage beds below.”