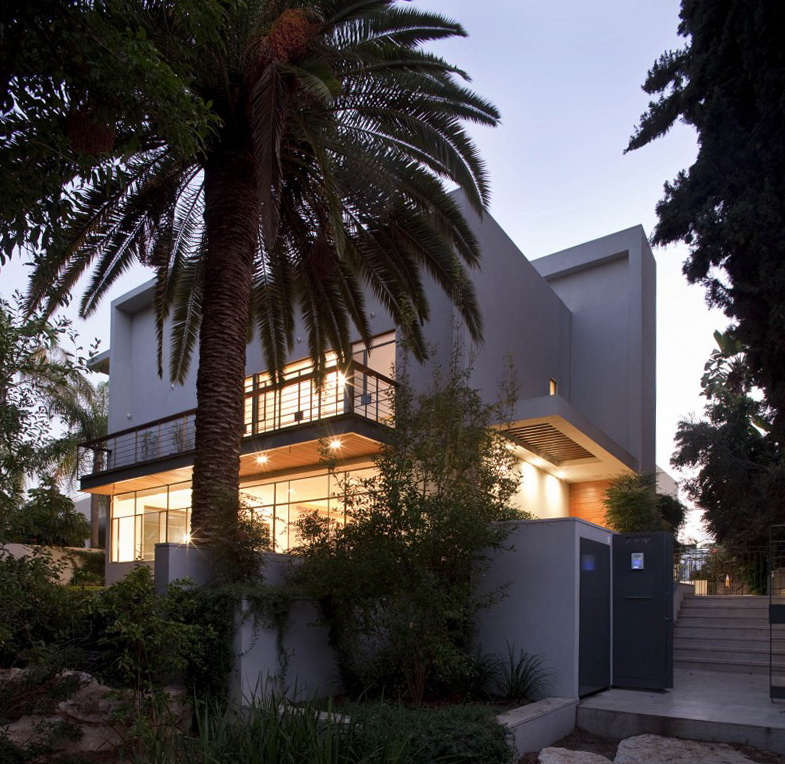 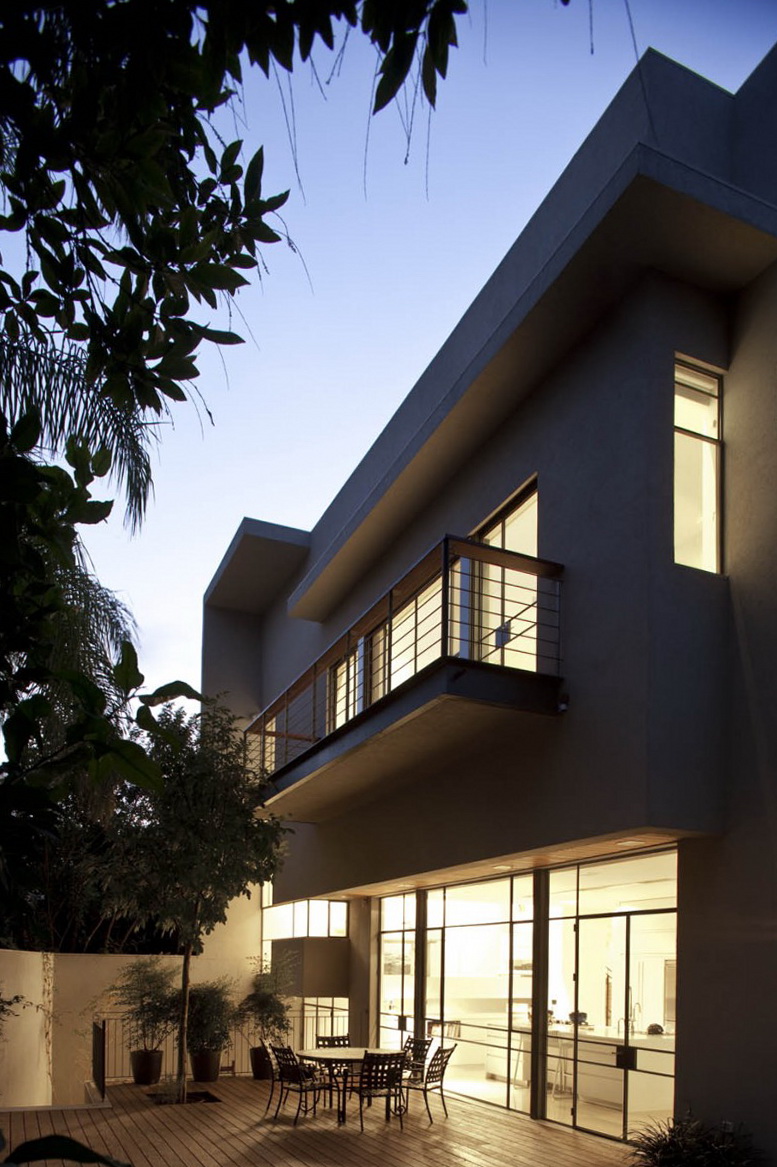 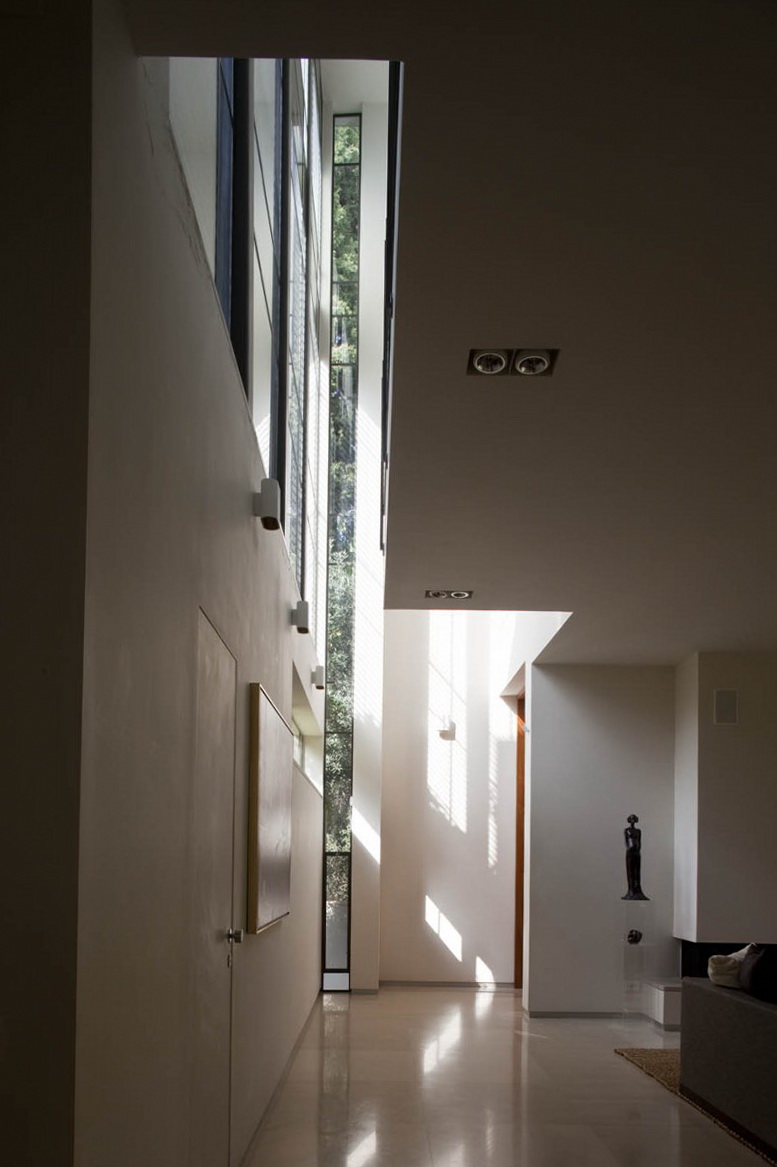 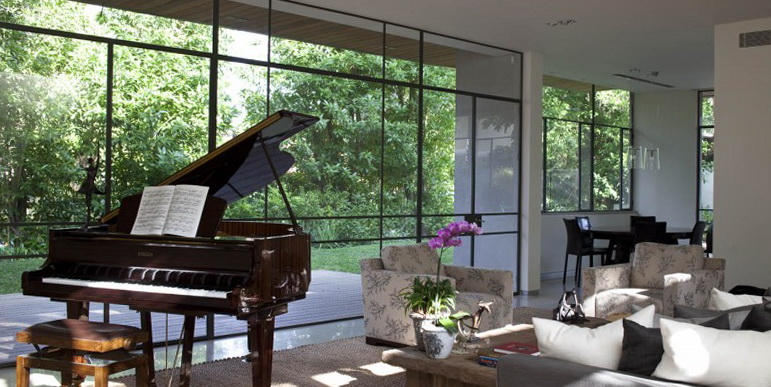 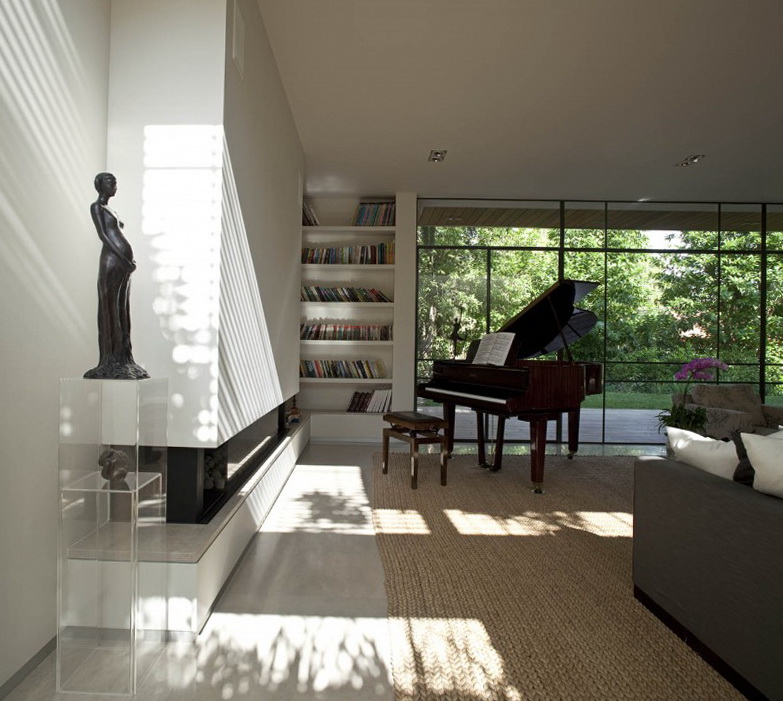 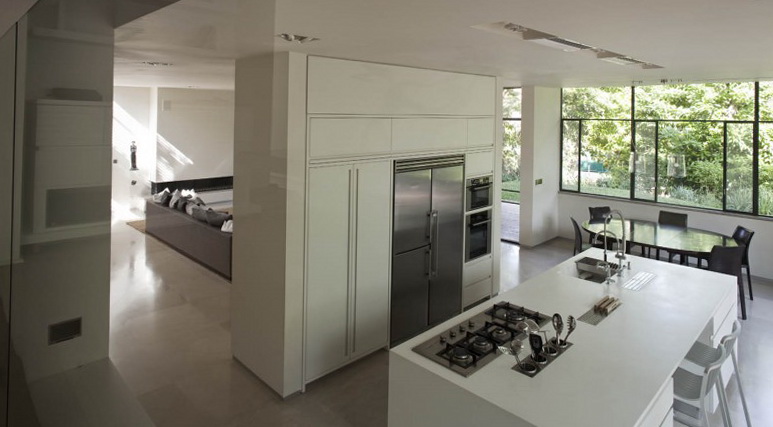 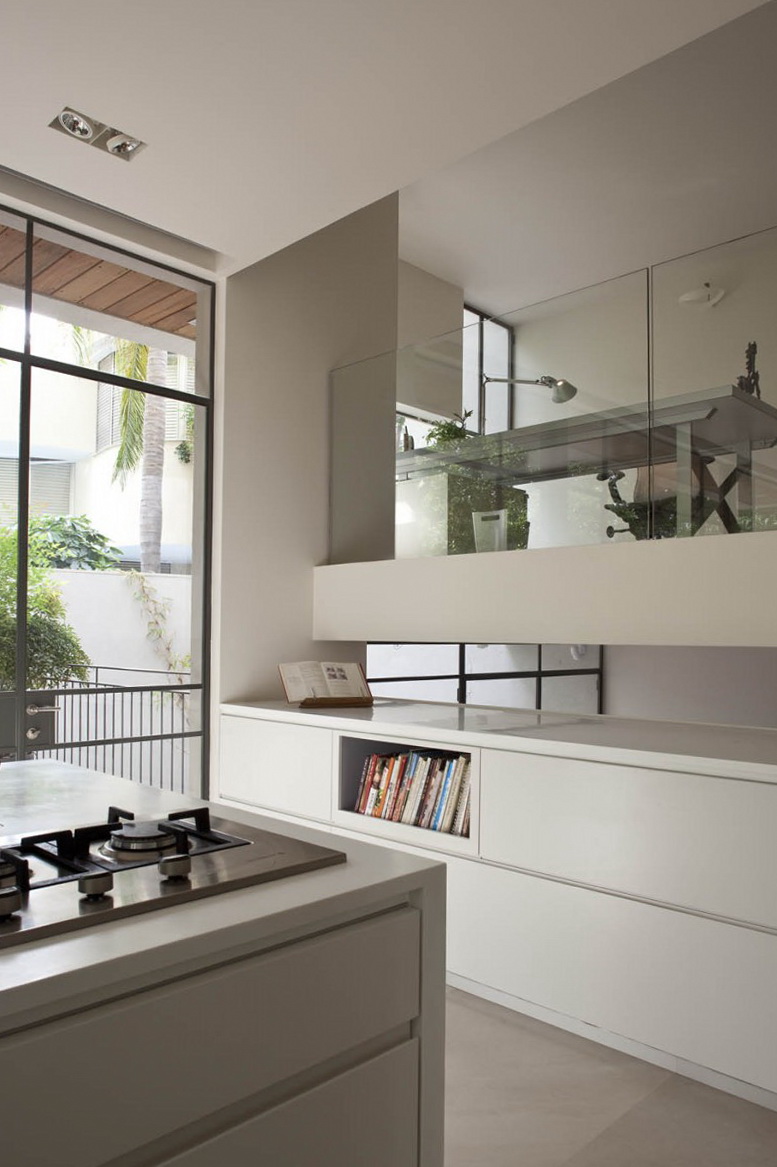 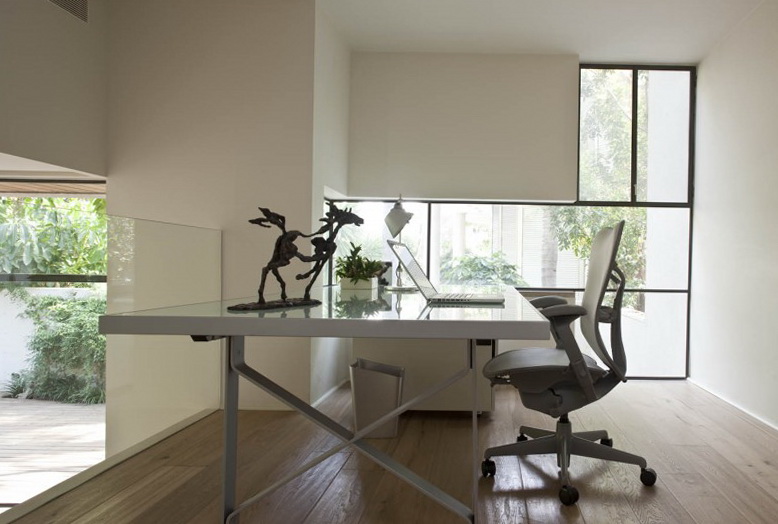 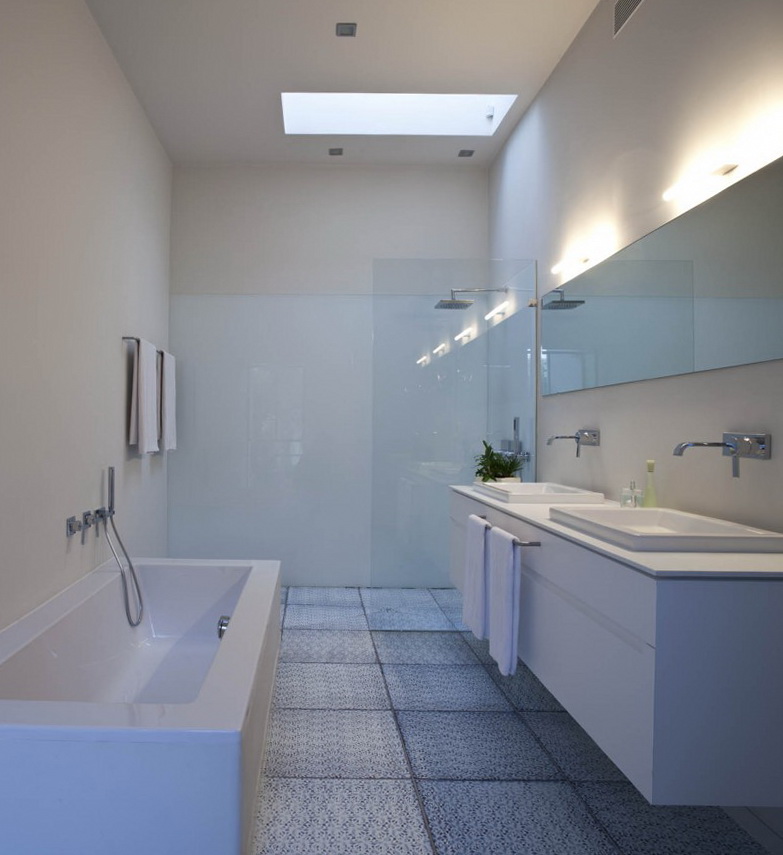 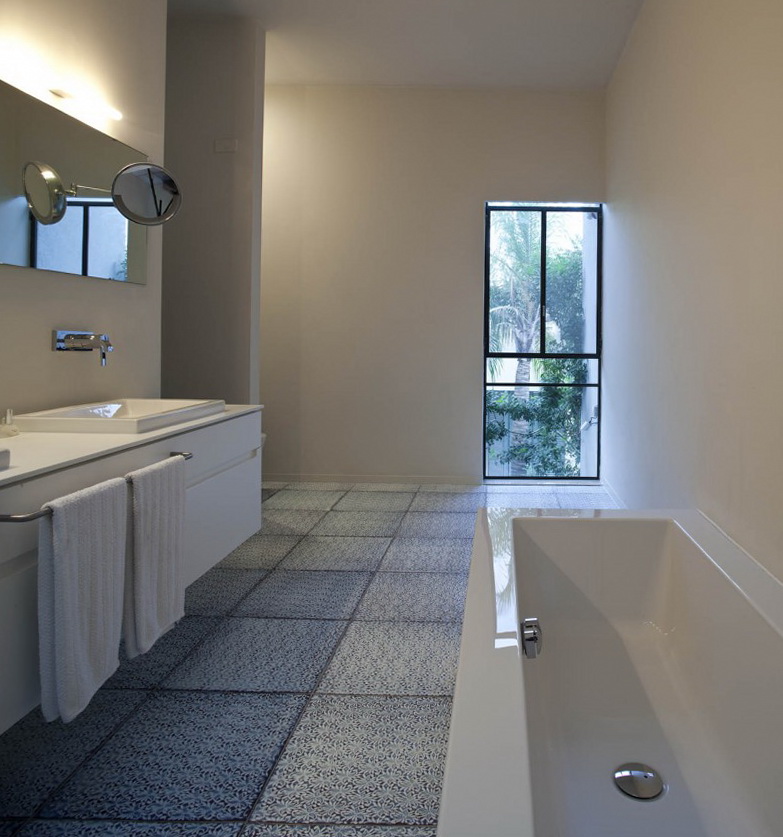 K-House by Paz Gersh Architects:
“The program was planned for a family with three children.
In planning K-house, the main concept was changing the existing orientation into a house that creates a complex relationship with the green belt surrounding the house: the thicket behind the house, the front yard, the lower leveled yard, upper level garden and treetops. And it’s re-forming from a two-family dwelling arranged in a row, mainly relating to its close neighbor.
The design enables the family to adjust their daily life routine freely during the day, simultaneously enabling their request to work from their home place without feeling detached from the activity of the house.
Daily family hosting was taken into consideration as well as formal hosting events.
The house’s transparency is received from several elevations: the “green” elements turned into one of the construction materials, one of its “walls” and an inseparable part of the house’s façade, whereas in other areas these elements behave as small views, sculpting the light and the vegetation with the rest of the house.
The house’s location lies between two main facades:
The first, the North façade- open – transparent, facing the thicket, creates a feeling of space as well as a far view ahead with the ability to preserve the feeling of privacy in a wide public area.
The second, the South façade- a “double façade”, through which light penetrates to the center of the house and is filtered.
The design of the facades evolved through an analysis of precise proportions with a classical golden ratio, these proportions can be seen through out the entire house.
Two entrances serve the residents- a daily entrance from the street level of the family’s bedroom. A Formal entrance from the thicket- the living room’s level.
The house was planned whilst searching for an architectural language combing a local reference as well as modern and clean lines, influenced by the modern “International style”.”