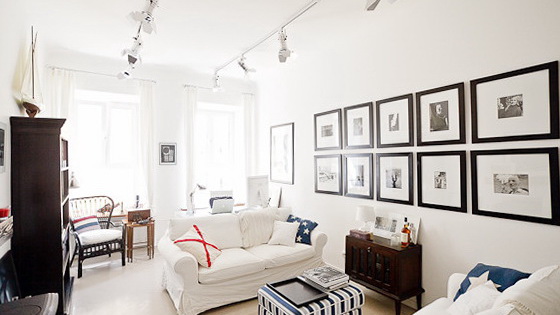 HOSTS
Pavel – a professor of the University,
Yulya – culinary master-class hostess in LavkaLavka,
Alisa – goes to a kindergarten

Pavel, Yulya, and their daughter Alisa moved into their apartment on Vasilyevsky Island last year on their tin wedding. There was a five-room communal apartment here, but the hosts made a large-scale relayout immediately after the move. A wardrobe room was arranged in one of the premises. There are neither chests of drawers, nor wardrobes due to it. A small bedroom was combined with the kitchen. So, a large dining-hall was made. It was decided to make a cabinet in part of the living-room. 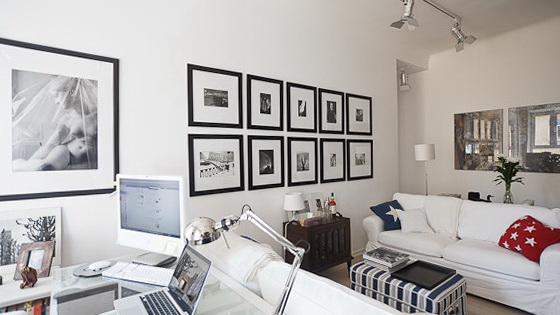 The repair took eight months. The hosts didn’t hire a gang and a foreman. They managed all works by themselves and even coordinated subject matter specialists — electricians, plumbers, painters, tilers. 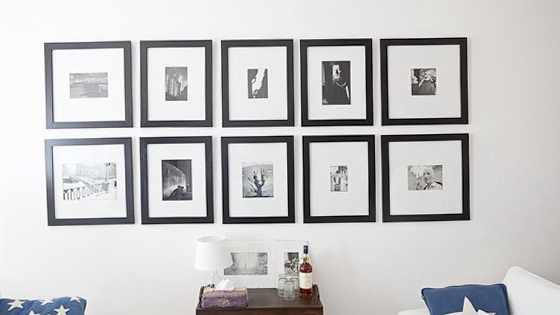 Pavel and Yulya thought up the interior by themselves. They took a sea theme as a basis. The hosts are keen on yachting, and Pavel even crossed the Atlantic under sail at the end of last year. They bring many accessories from trips or buy them in specialized stores for yachtsmen. Most of furniture was ordered in Teak House and Fabian Smith show-rooms, some bits of furniture were bought in Ikea. The apartment space planning has been almost finished by now, only part of walls is bare – pictures will appear on them soon. 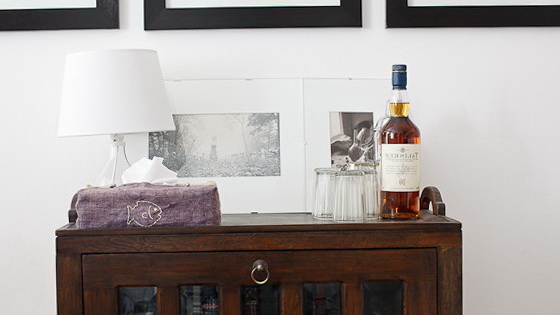 There is a work by Kerim Ragimov on the wall from the right.  There is a bar between sofas. 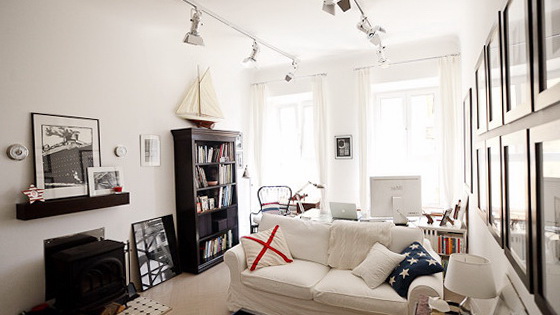 A small working zone was arranged in the living-room. 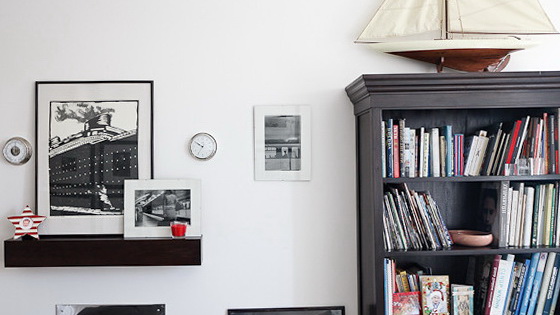 There are photos by Boris Smelov on the wall. These are originals, author’s print. 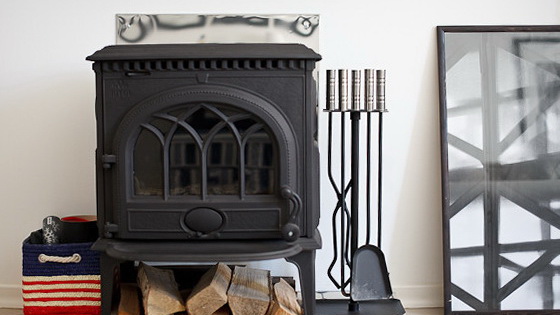 The hosts bought textile for the living-room in Gant Home and Ikea. A close fireplace was chosen so that white walls around it don’t smoke dry. The top is also used as a cooking surface: the hosts build up fire and cook mulled wine in winter when guests come. 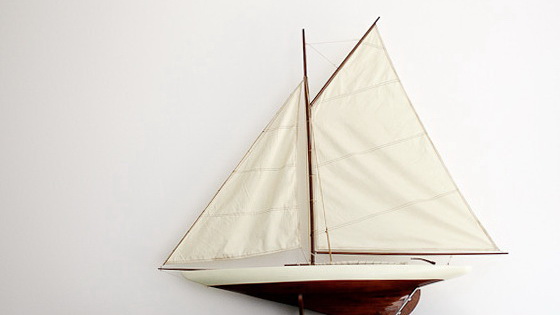 There is a xylography by Petr Bely on the shelf. The yacht clock and a barometer were bought in Fordewind-Regatta store. The yacht model was brought from Stockholm. 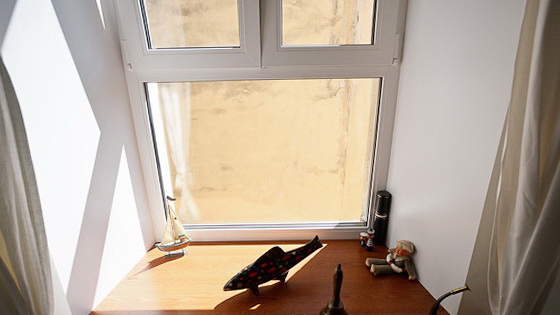 It was decided to make only the upper part of the frame open: there is no need to remove things from the window sill due to it, if one wants to open the window. One can sit on the window sill , and such structure is safe if there is a child in the house. 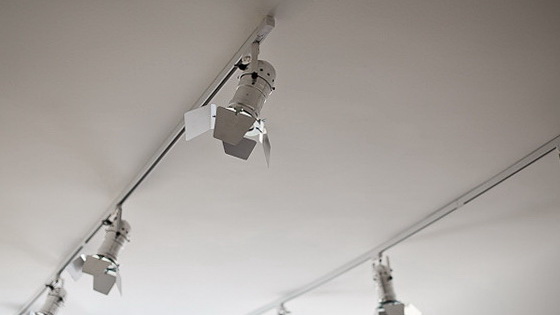 Theatrical projectors were chosen as the lighting for the living-room. They highlight works on walls. 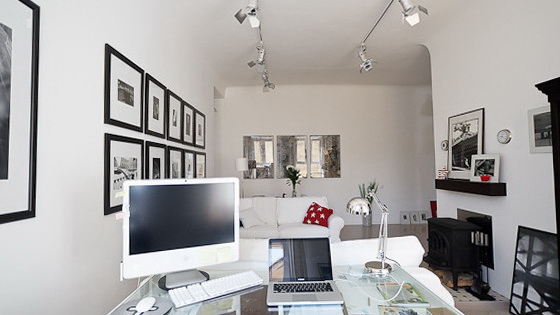 Corners between walls and the ceiling were rounded, so that the ceiling height couldn’t be felt. 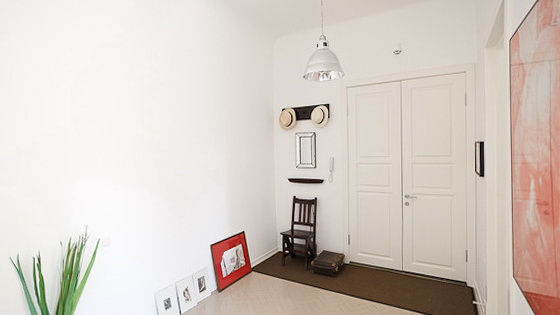 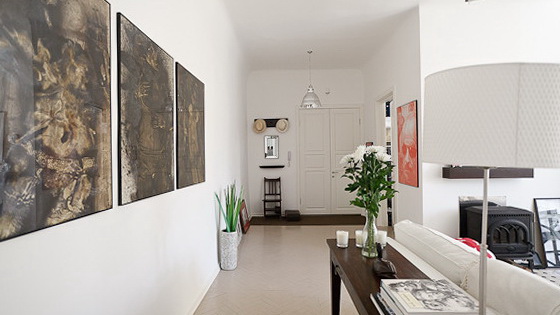 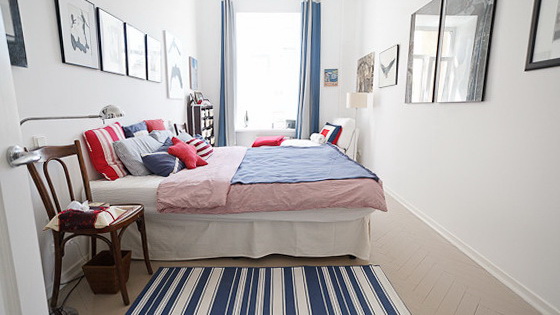 There are yacht pillows, brought from specialized stores from around the world, on the bed. The hosts hung photos by Alexander Chernogrivov and pictures by Vladimir Kustov and Vladimir Zagorov on walls of the bedroom. 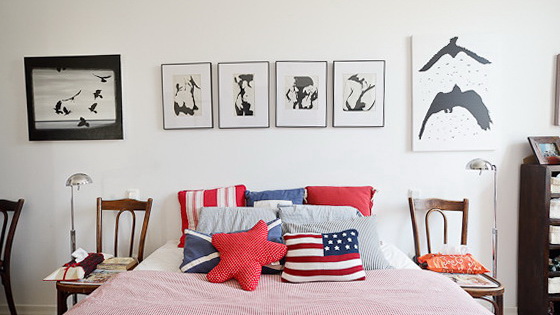 The teak rack had been used for compact disks before, but after the move the hosts began to store different things like medicine box here. 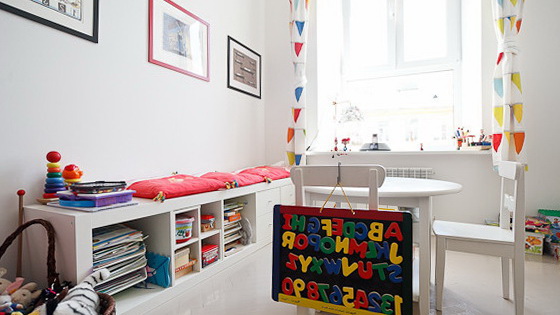 The pictures in the children’s room were hung at the child eye level. There are lithographies and photos for the most part, but there are also pictures by Vladimir Zagorov and Alexander Florensky. 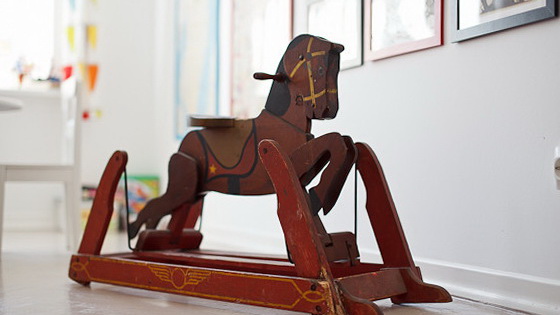 A wooden horse made in 1930s was bought at a jumble market under the Brooklyn Bridge in New-York. 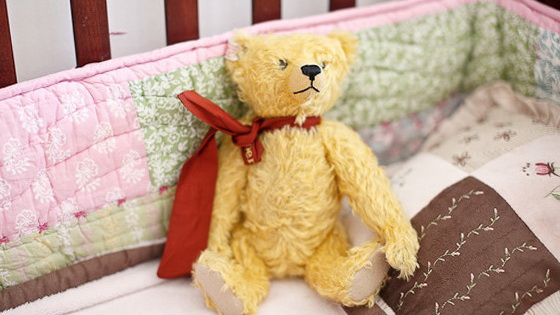 Steiff plush teddy bear was bought for the kid before birth, but it is far from being a favourite toy. 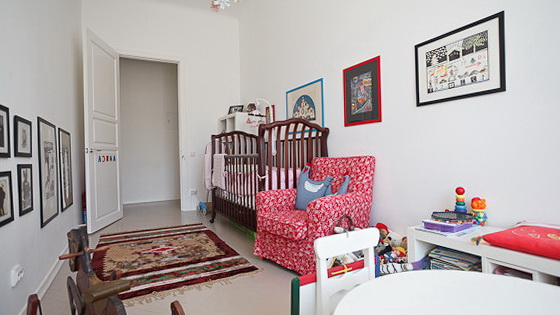 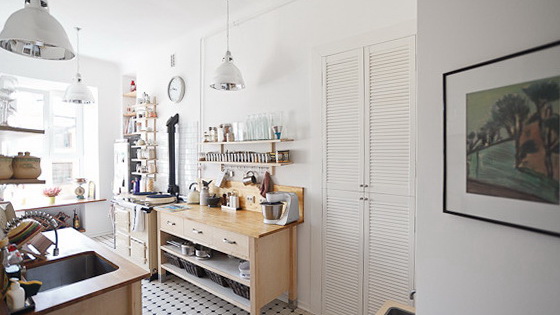 There is a back entrance behind batten doors in the kitchen. It is active, but a steel cabinet on rollers stands between doors. There is a cooler, water bottles, and food stock in it.

The hosts looked for the kitchen tile for a long time, and finally they ordered it in Neva-Stroy. 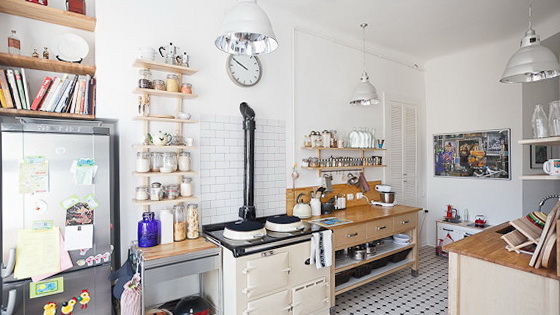 Aga cooker was bought in Bulthaup gallery. The hosts consider it almost the main sight of the apartment. 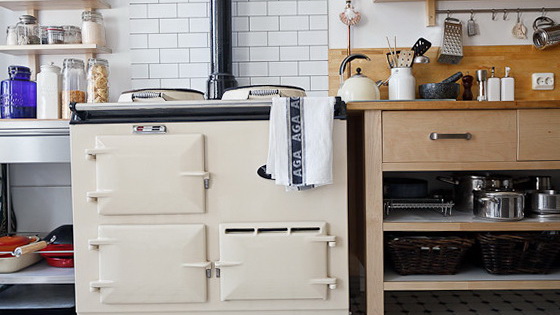 There is an antique plate and phials found during demounting of the old floor in the kitchen. 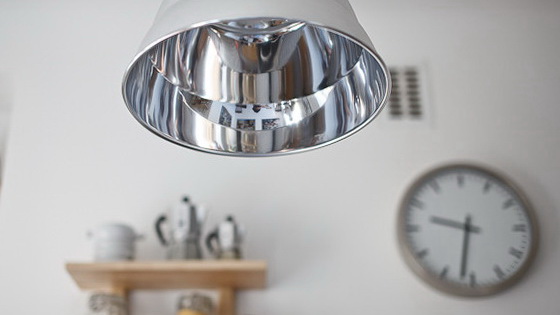 Technical dome lamps, as for work shops lighting, were used instead of lamp shades. 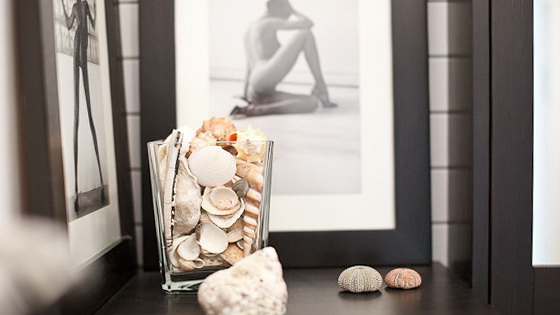 There are photos by Herve Lewis on shelves in the bathroom. The hosts bring shells from trips. 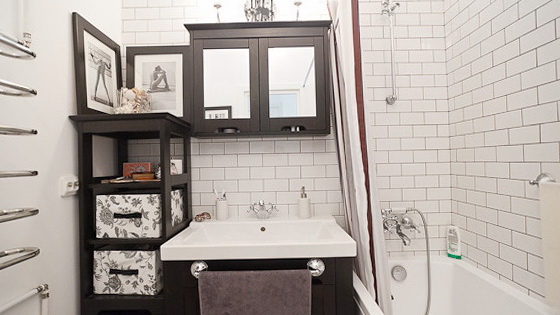