Alexander and Anna moved into their apartment fallen to them from their parents, which is located on the embankment of the Griboyedov Canal, about three years ago. They are both architects by training, that’s why all interior solutions, often spontaneous, belong to them. Sasha is engaged in making of furniture from wood: he made the kitchen, chairs, tables, and lamps for the apartment by himself. The owners also make interior object for sale. Anya and Sasha want to open their own show-room in future in order not to clutter up the living space. So far they receive both friends and customers in their living-room. Sometimes their customers like those things which are part of household furnishing. Usually the owners part with these things without compunction, putting new ones on their place. The apartment appearance is constantly changing in such a way. 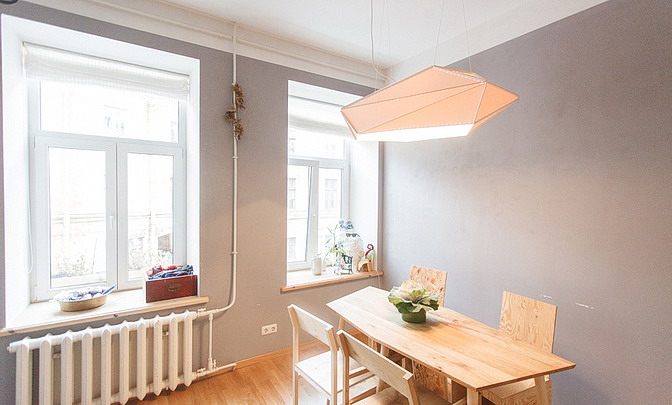 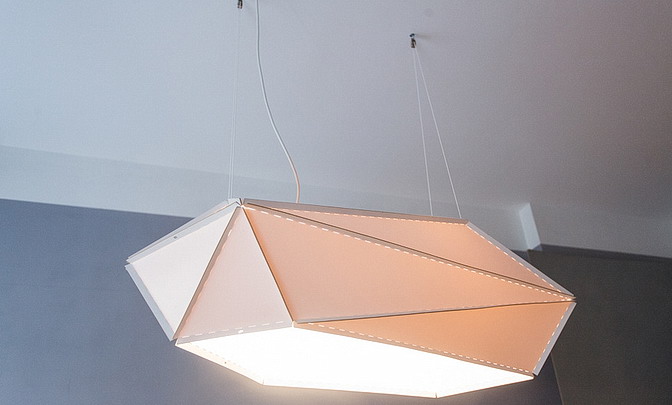 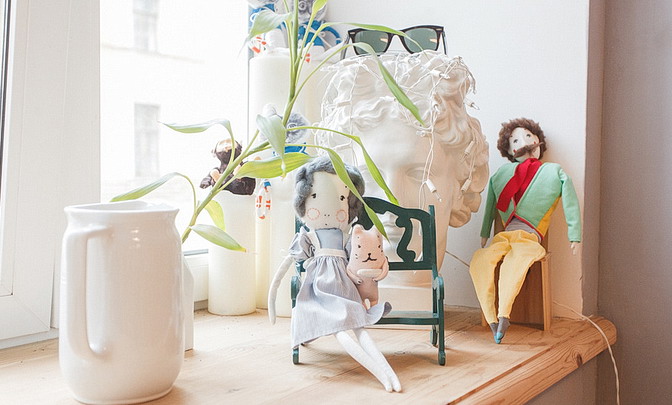 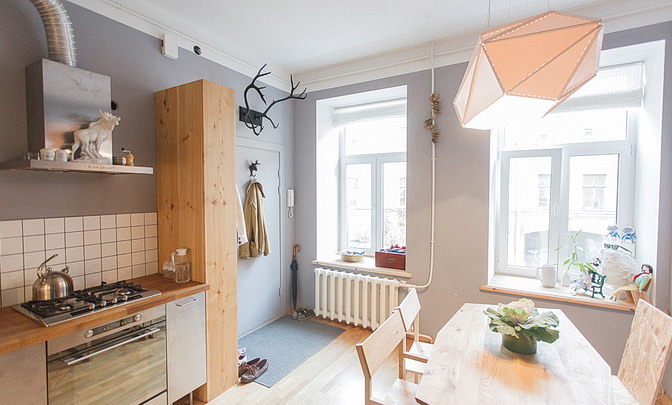 There are two rooms and a kitchen, which is combined with the entrance hall, in the apartment. The owners work in the living-room and have a rest in the other room. The repair in the apartment is being made till now, and new details appear constantly – they are brought from trips. For instance, hangers are from Norway, and flashlights are from Vietnam. 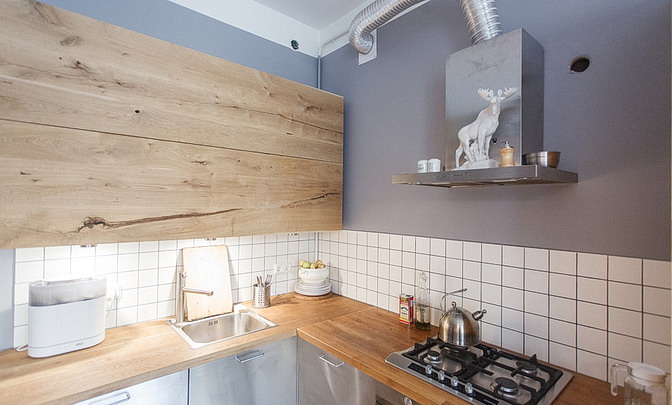 An oak kitchen was the first to appear in the apartment. Sasha made it by himself, as well as the table, the lamp, and chairs. Hand-made cats and dolls by Anya sit on the window sill. 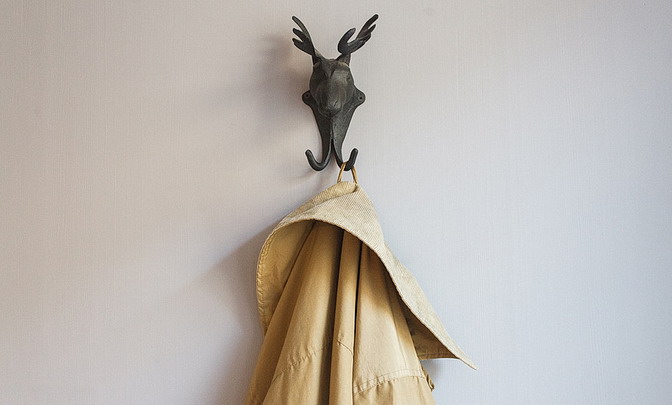 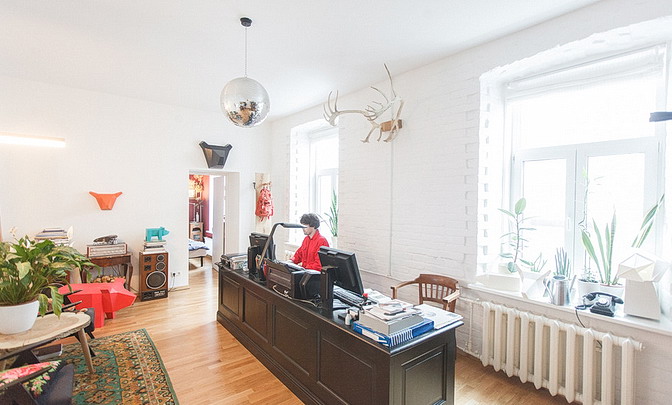 The antique table was bought in the grocery nearby by chance. They saw that the workers sawed boards on it for a new greengrocery and they couldn’t help themselves. An old upturned sideboard serves as a shoe box. Paper models, masks of animals, a coffee table in the form of a bear made by Sasha, and a bicycle seat on the receiver which was brought from India by the friend are among decorations. A large black working table was projected and assembled by Alexander himself. 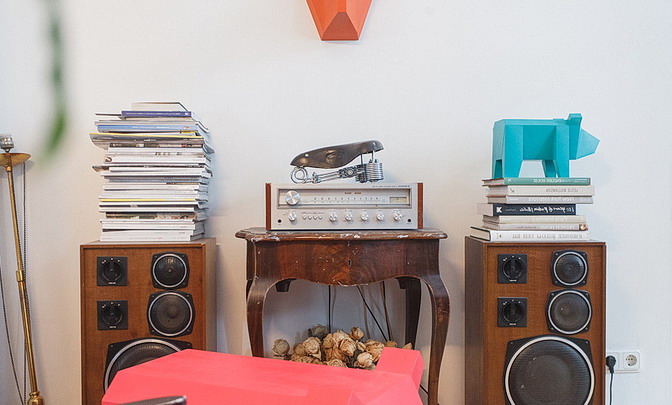 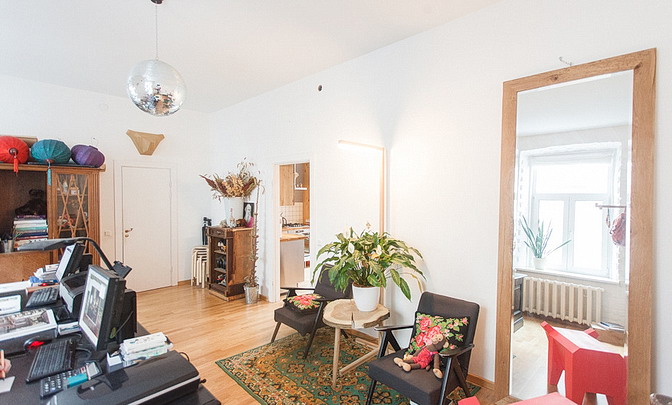 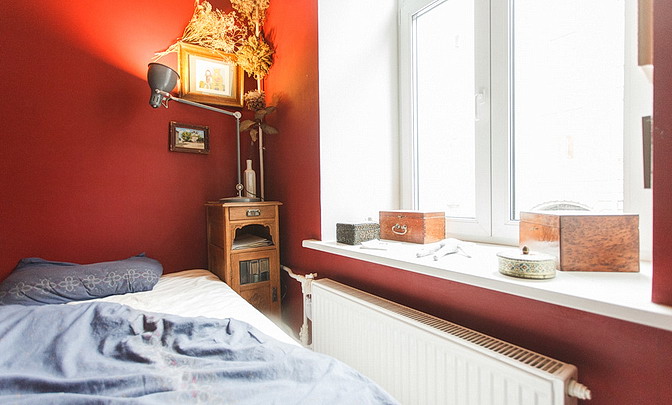 The owners tried not to clutter up a small bedroom. A bedside table was found on the scrapyard. Alexander received a picture as a present on his birthday from Anya. 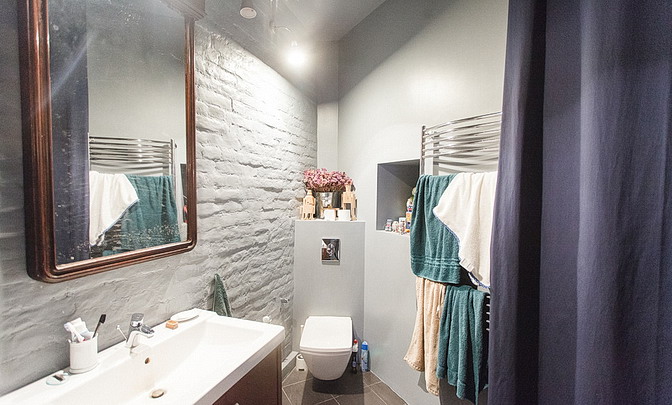 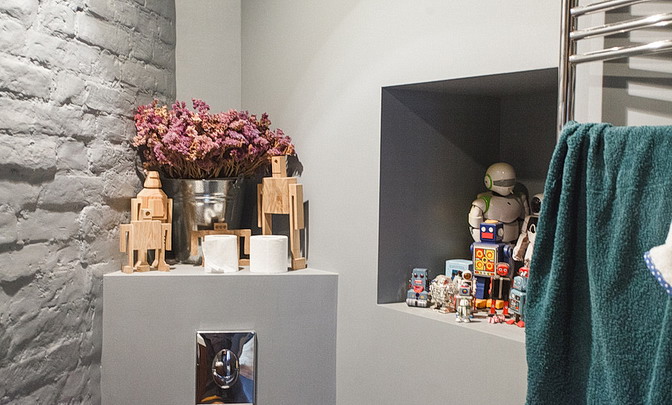 Collection of robots from various countries of the world is displayed in the bathroom. Many of them were found at jumble markets or brought by friends.