Leo Burnett advertising agency was named in honor of its founder, a journalist, a guru of advertising business. A half century ago he revolutionized a sphere of consumer advertising by means of changing texts load to visualization. He was the first who minimized descriptions of goods advantages and made a brand be associated with a symbol. For instance, the well-known cow-boy in the ad of Malboro is Leo Burnett’s merit.
According to Time Magazine, Leo Burnett was considered to be one of a hundred of the most authoritative people in the XXth century. Nowadays the offices of Leo Burnett advertising agencies are situated on the territory of more than a hundred cities of the world. One of them is in Moscow. 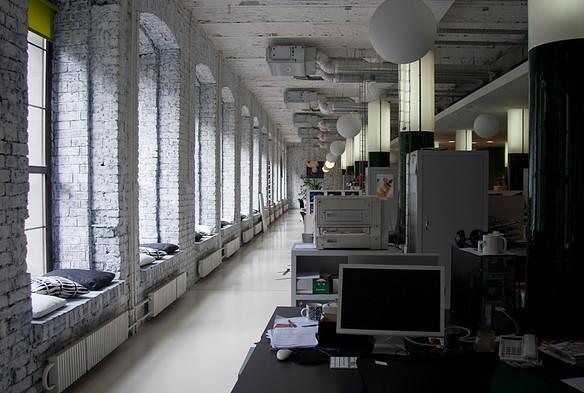 Leo Burnett is the unique humankind agency creating the ideas which move humans’ minds and hearts. This becomes apparent in everything: in symbols, in offices’ design, in corporative ethics.
The agency has got several symbols: a hand reached out for stars, apples and pencils – they are all around the office. Each of them has its own history. If you are reaching for stars you’ll achieve success – that is the meaning of a hand. 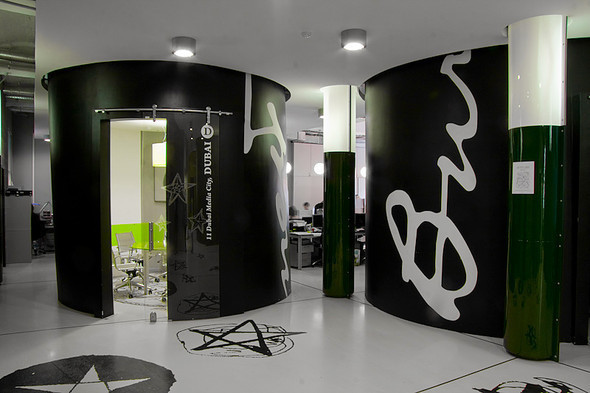 Leo Burnett’s apples became a symbol of agency’s hospitality long ago. A pencil symbolizes humanity of ideas and of attitude to devising them. Giant pencils practically penetrate through the floor and ceiling as if going deep to the next floor. These “pencils” are not just symbols, but they function like meeting rooms being closed spaces inside the “pencils”, because it’s impossible to provide 200 people with working place without closed small-sized spaces. 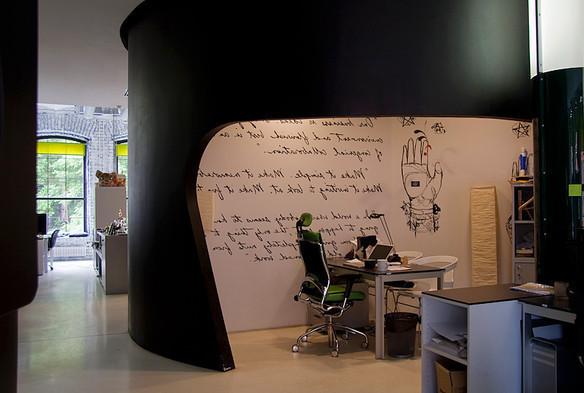 These four meeting rooms are named in honor of big cities where the agency’s offices are settled down. “Chicago” room is the biggest one; others are “London”, “Hong Kong” and “San Paulo”. “San Paulo” with its sofa and mini-bar is the favorite meeting-room among all the staff. Mostly it is used for parties. 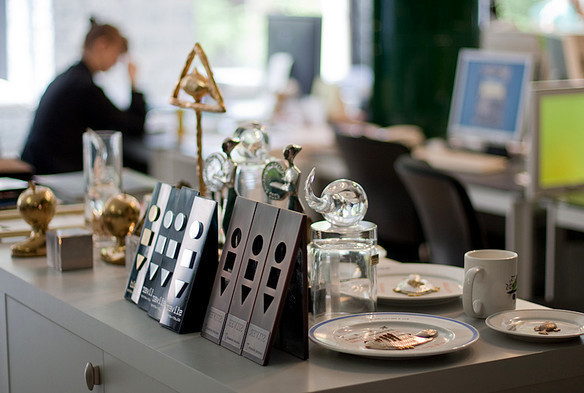 Attending the international site of Leo Burnett Company one can hear voicing of Leo Burnett’s phrase – Big Ideas come out of Big Pencils. By the way, if you stay on the main web page for more than two minutes, the same voice will sing along with the music. 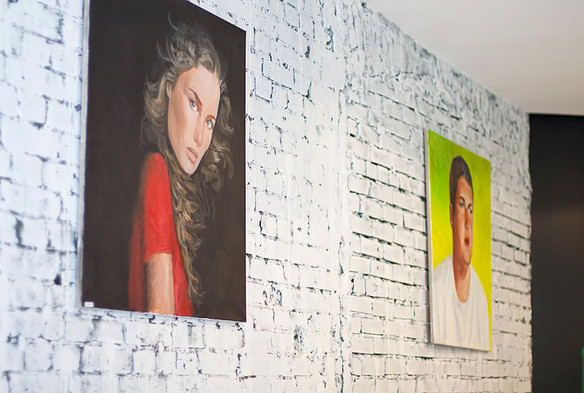 There is another story relating to inscriptions and slogans. Leo Burnett didn’t write down his thoughts and ideas, other people around him were doing it. At present these phrases are always in sight of everybody on the walls of the office, giving the philosophy of Leo Burnett Company. 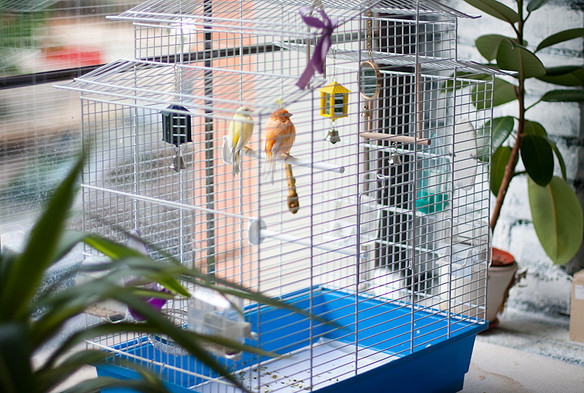 One more story is about portraits hanging on the walls of the office. A year and a half ago “Leo Burnett Indigo” investigation was started in the agency. Nine young people at the age of 18-20 years old were chosen to present a mini-model of society. In five years since the first interview Leo Burnett’s specialists will meet with them again to speak and to realize what has been changed since that time. Especially for the presentation of that project the participants’ portraits were painted relying only on stories of them. Nowadays the portraits are hanging in the office, but they will be presented to the participants while a new meeting.  Today among the agency’s clients are Procter and Gamble, Diageo, Philip Morris, «Мulton», «Baltika», Wrigley, The Coca Cola Company, McDonald’s, Kellogg’s and others. Besides, two canaries live in Leo Burnett office, one of them was filmed for McDonald’s advertising.