An apartment on Vasilyevsky Island with a wooden ceiling and chairs Philippe Starck.

Zhenya and Serezha got a two-room apartment on Vasilyevsky Island from their parents on their wedding as a present. They moved into their first common dwelling just a little more than a year ago and they made the repair for almost all this time.

Zhenya is a designer by occupation, that’s why she thought up the interior by herself conferring with her husband. The couple wanted to create the atmosphere of a country house in their small apartment. Therefore they used wood as the main decorative element. Even the ceiling was boarded up. 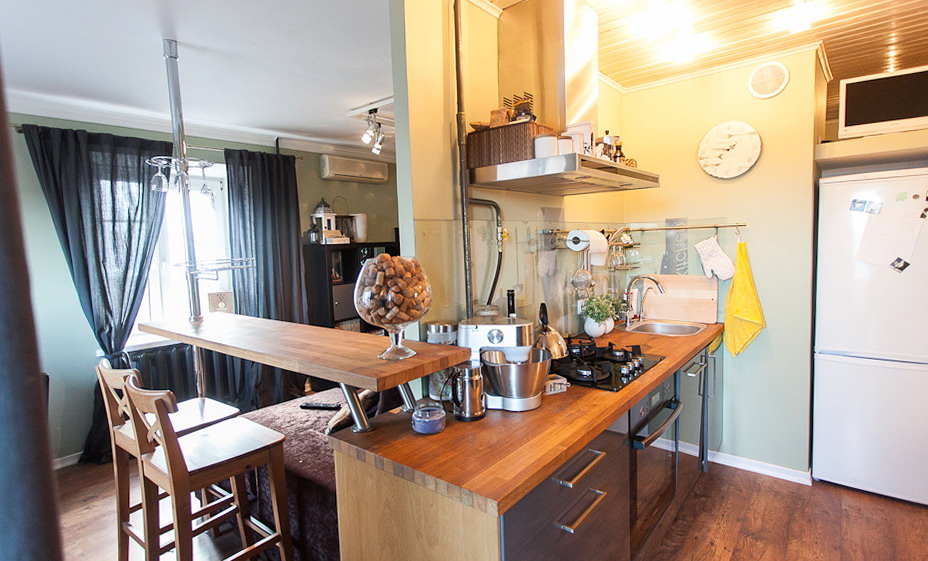 Boarded ceiling in the kitchen looked quite light after assembling, that’s why it had to be painted. Quite spacious kitchen was widened by extending the bar counter to the living-room. One can have breakfast and communicate with friends at it. The owners like coffee – there is an Italian hand coffeemaker and a table pod coffee machine in the kitchen. The chairs are Philippe Starck. 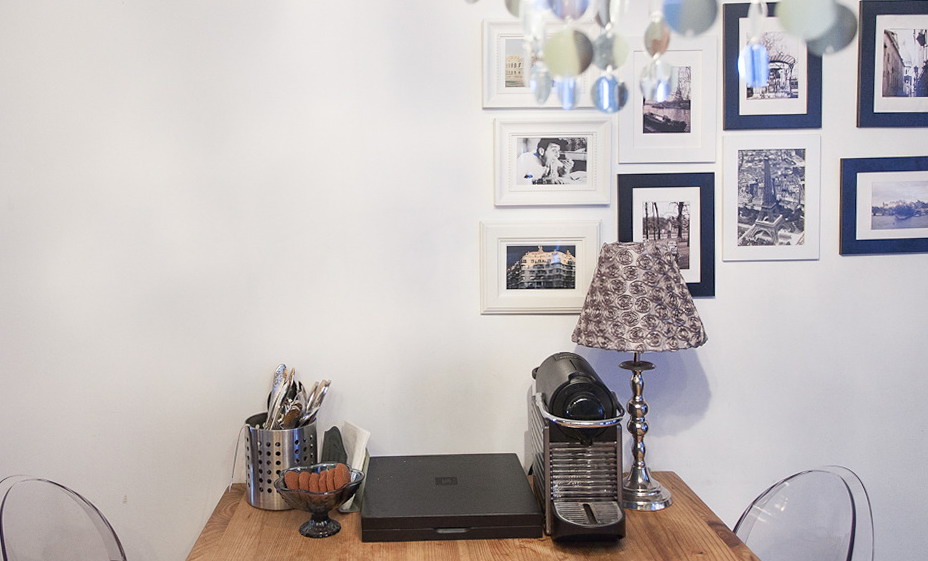 They made relayout just after moving in, removing part of walls in the kitchen. The apartment was not new, but only shabby wooden doors remained after the previous owners. It was decided not to replace them, but only to restore. 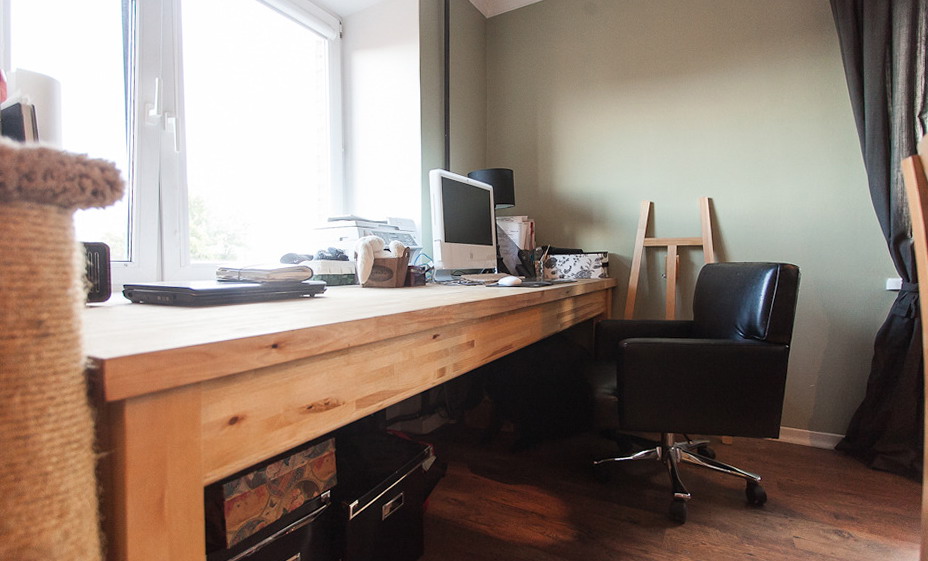 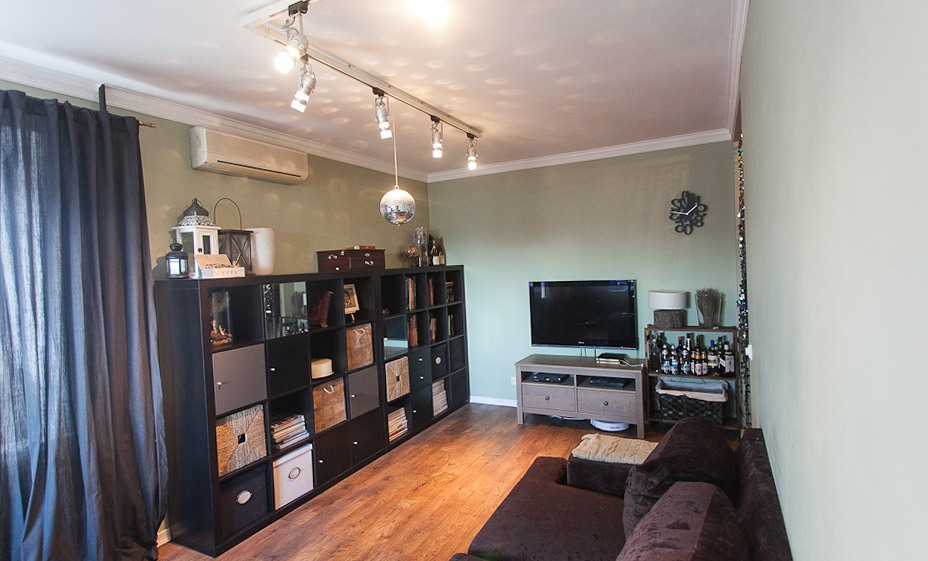 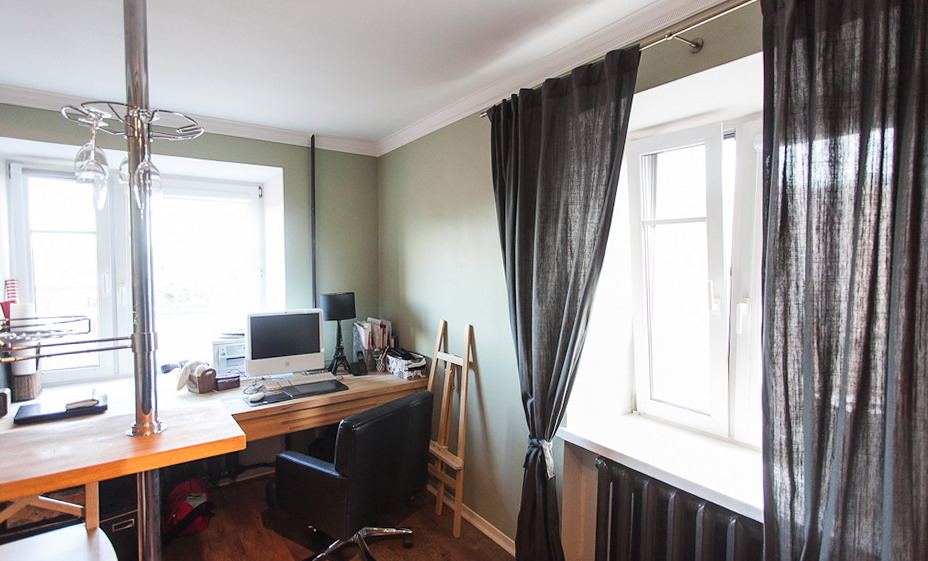 The bar counter conventionally divides the room into the recreation zone with a large sofa and a rack and into a working space. A wooden table was presented to the couple by Zhenya’s father. Lamps in the form of the Eiffel Tower were brought from a small shop in France. 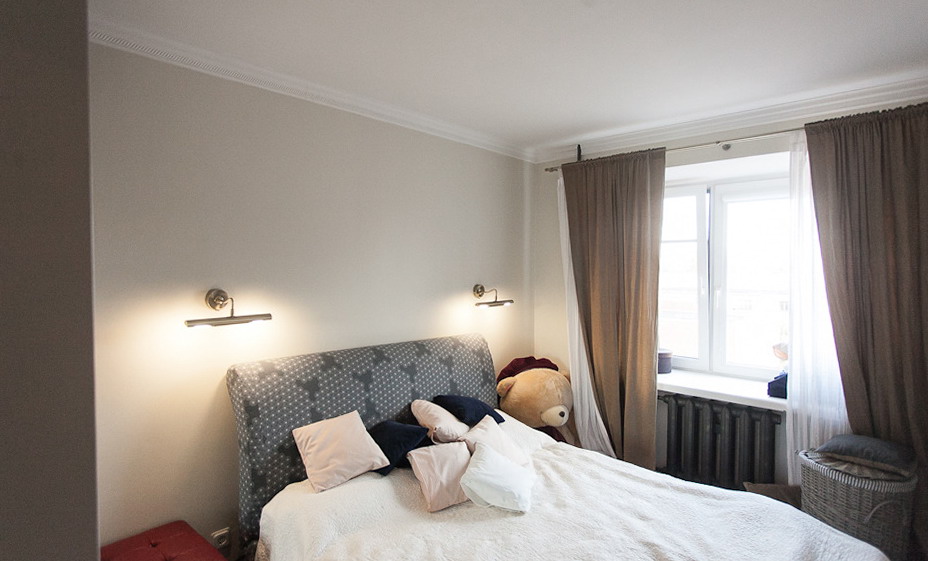 The bedroom is isolated from all other premises. There was a room for only a bed and several boxes for storage of things here. There remained a lot of pillows after the wedding ceremony, and now they lie in the bedroom. Ceramic tablets were brought from Majorca. The cat’s name is Fedor.