A three-room apartment on Barbyusa street with an open brickwork, Italian lamps and furniture made from the owner’s scratches.

Igor bought a three-room apartment in a new building on Anri Barbyusa street six years ago, when he was looking for a housing in the center with a quiet inner yard and a good view of the city.
Igor is an architect by occupation, that’s why he developed the interior layout and design by himself. The idea of creation of a large open space with a minimum of partitions required a partial relayout: it was decided to combine the kitchen with the living-room and a balcony with the bedroom. The third room, in which a cabinet was planned according to the initial plan, was transformed into a workshop. 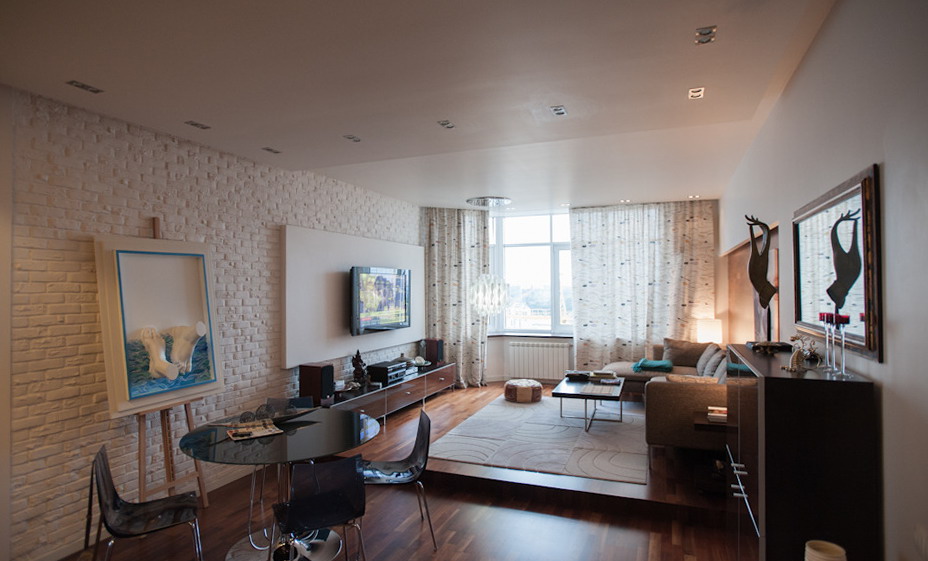 The dining table and chairs are SoftLine. One of the last works by Igor “Legs – Australia (Caution: sharks)” is set on the easel.

Igor ordered all furniture except for a dining table and chairs from specialists whom he charges with work orders. Italian lamps, souvenirs brought from trips, and author’s works of the owner himself are used in decoration. 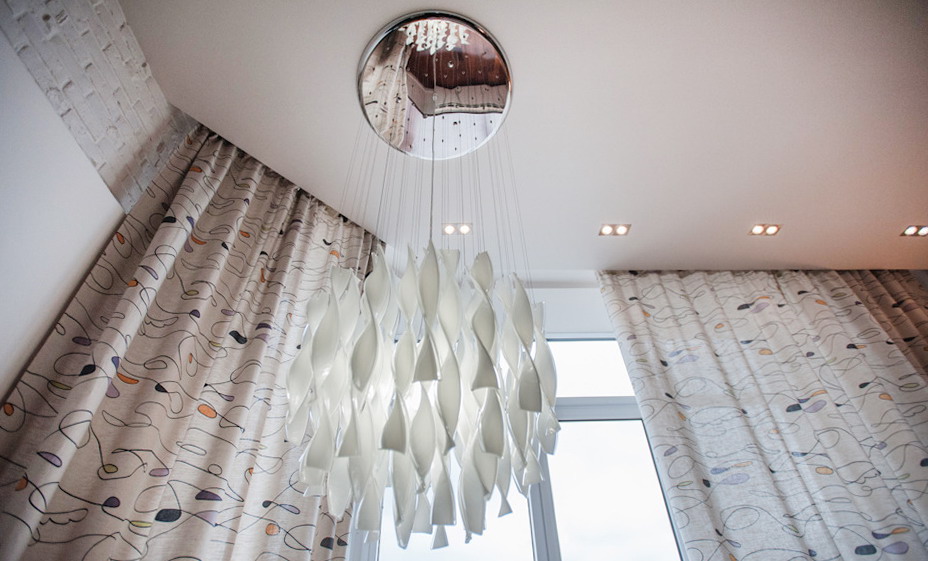 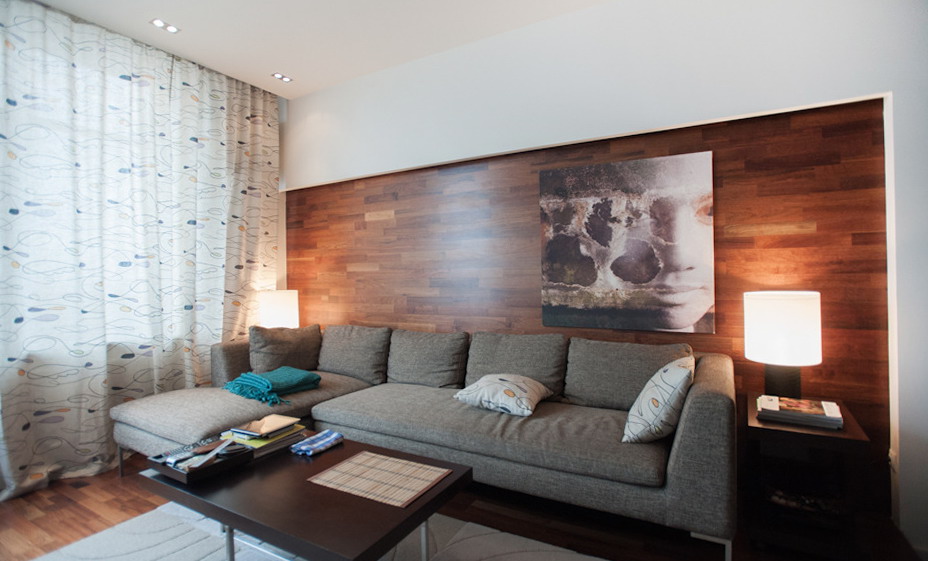 The sofa is a replica of model Charlie of an Italian brand B&B. Lamps in minimalist style on both sides of the sofa are TRE. The pouffe was brought from Morocco. A photo on the wall is the author’s work of the owner. 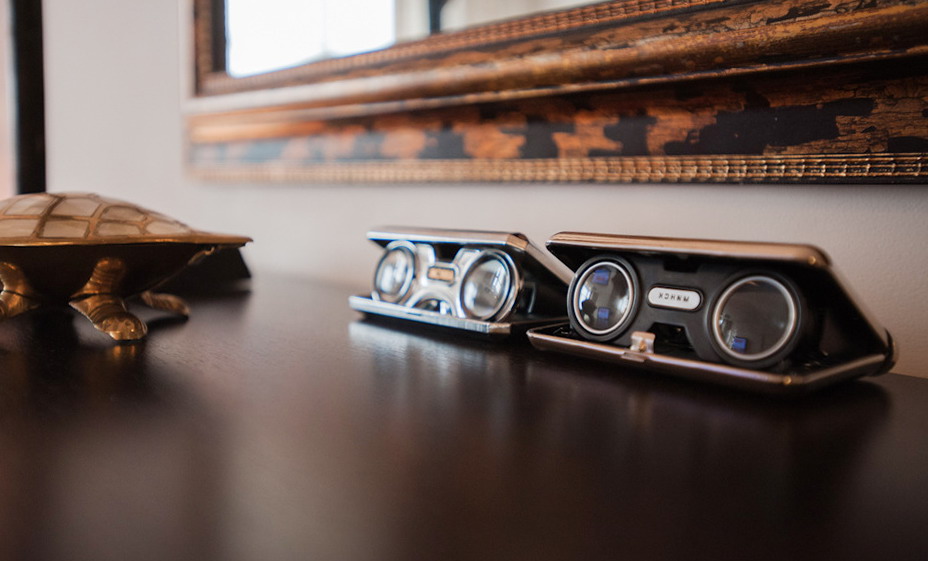 The Japanese and Belorussian opera glasses were presented to Igor by his friend. A sculpture “Buddha’s Hand” was brought from Thailand. 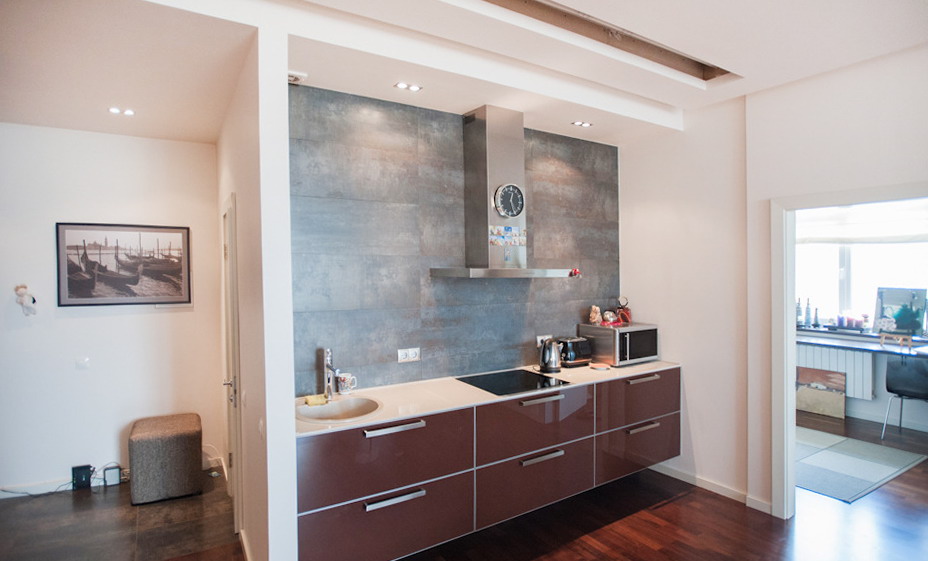 The kitchen decorated like concrete slabs and walls with an open brickwork set aesthetics of the loft in the living-room interior. Nut parquet board was laid on the floor.  The kitchen zone is tiled on the order of concrete. The same tile was laid on the floor in the entrance hall. A built in refrigerator was placed in a white cupboard. 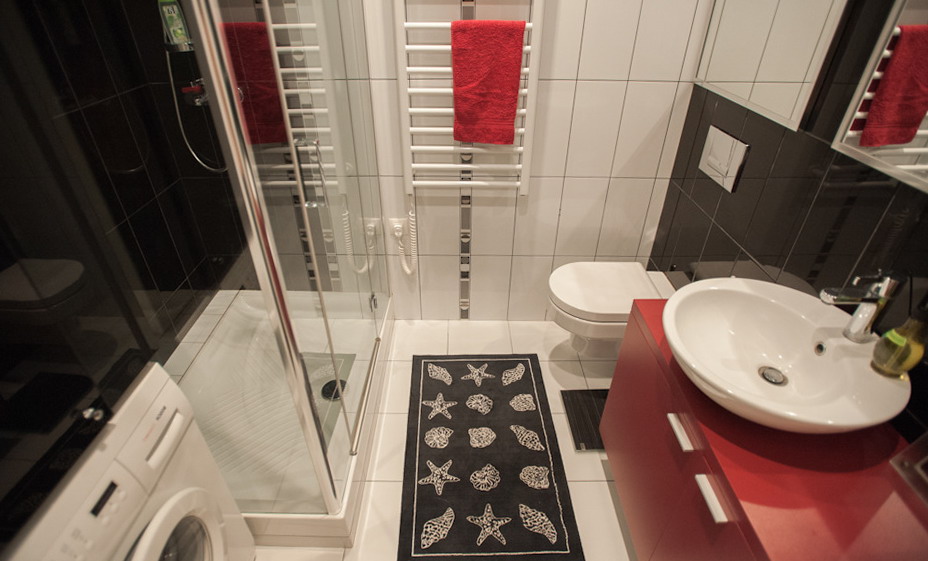 The tile for the toilet and all sanitary  ware was bought in Agromat. 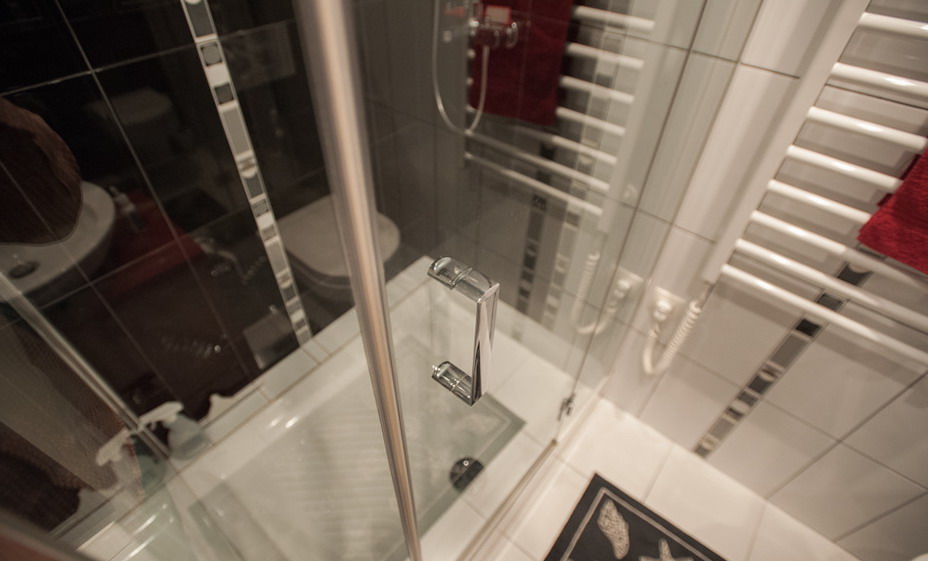 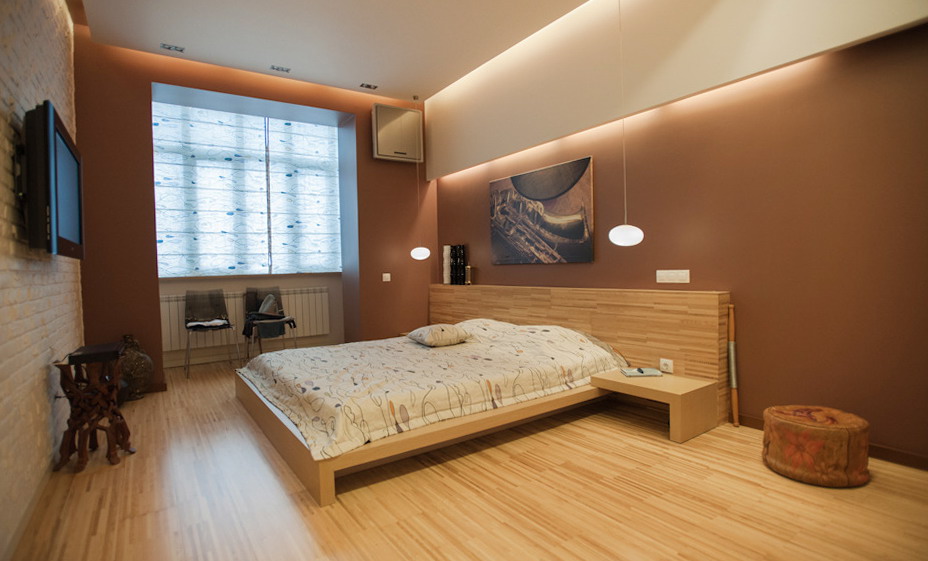 A nook window from which there is a view of the center of Kiev is framed with curtains from Italian flax. Igor ordered fabric which was enough for a bed cover and Roman shades from familiar textilemen. The lamp is Aura of AxoLight brand. 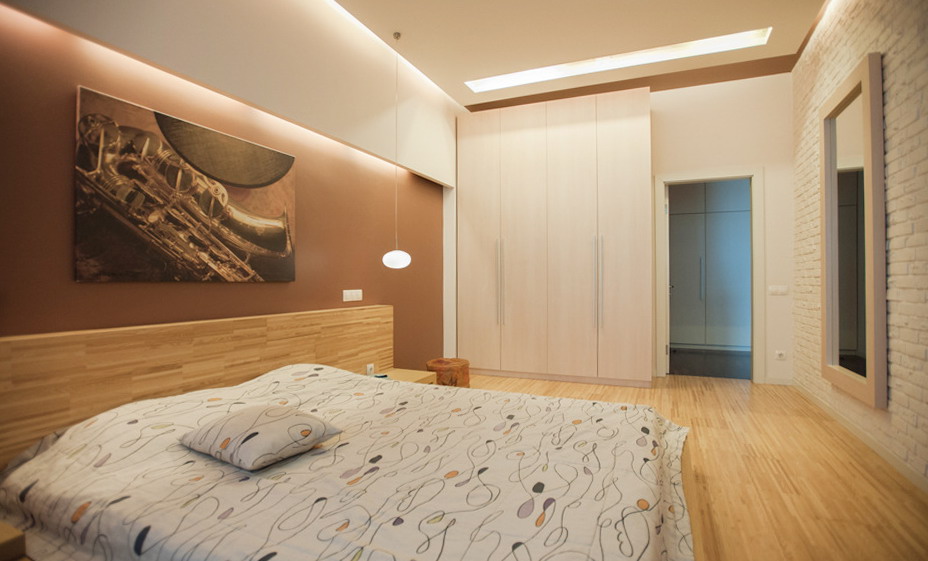 The second balcony was located in the bedroom according to the initial layout of the apartment. As it absorbed part of the street light and was quite narrow for adequate use the owner decided to abandon the balcony completely, extending the bedroom space due to it. Ash board lighter than in other rooms was laid on the floor here. The bed and bed-side tables were made to order from the owner’s scratches. The stand for DVD player was made from the solid nutwood trunk: the details are selected in such a way that one can collect and decompose a composition due to flexibility of elements. 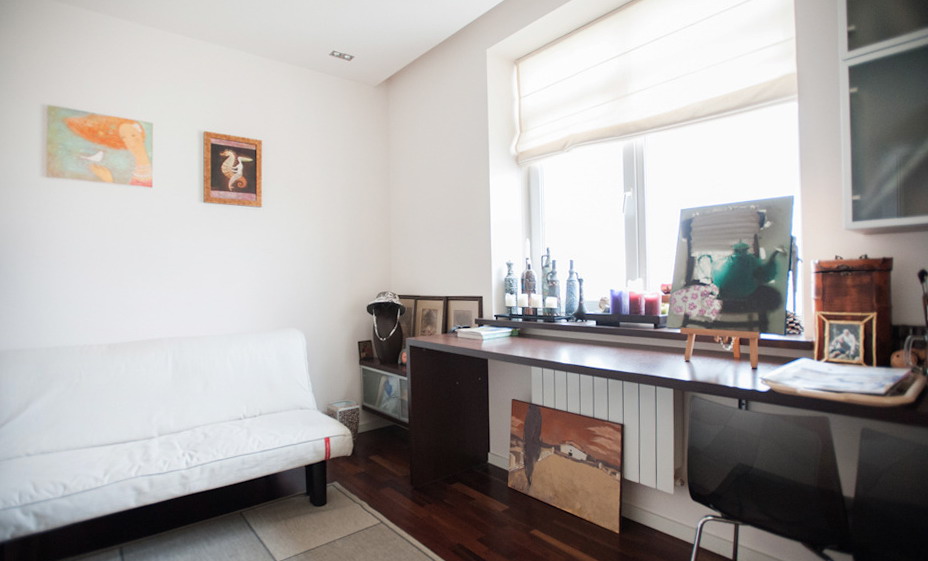 A small room serves as a cabinet and a workshop at the same time. There is a balcony and a utility room here. Igor ordered a wide tabletop from veneer MDF boards and a sofa from familiar contractors. A jute carpet brought from India was laid on the floor. Part of pictures was painted by the owner himself, the rest were brought from trips. 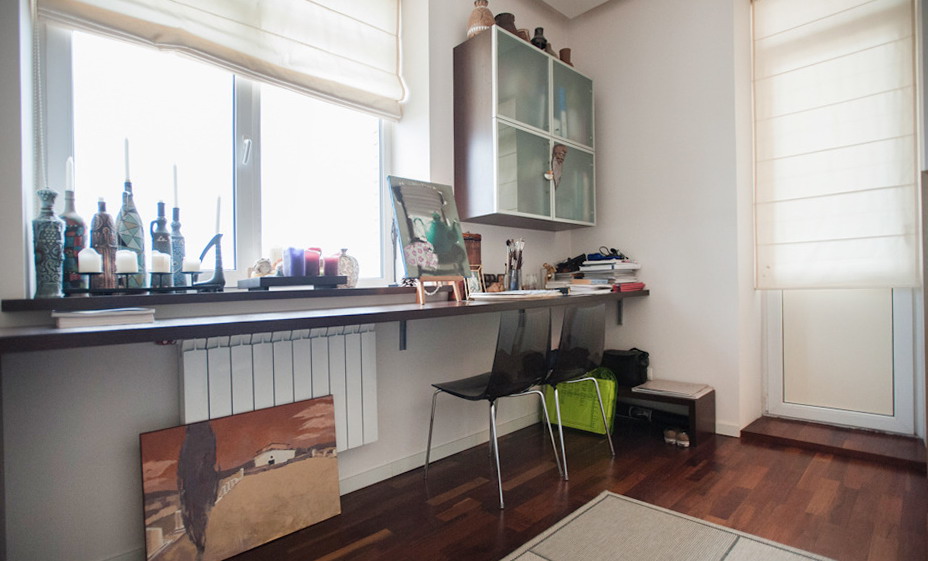 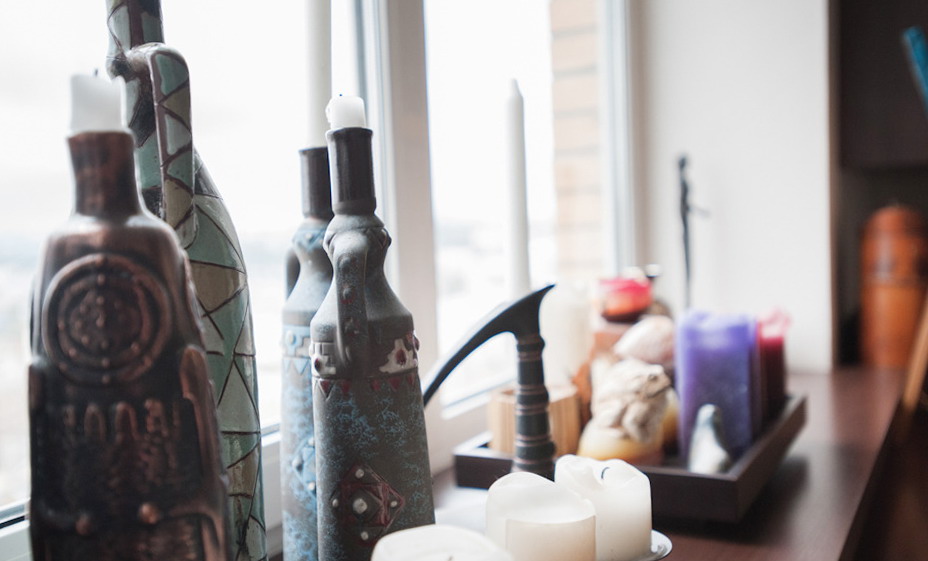 Loamy wine bottles bought in Tbilisi are used as candlesticks. 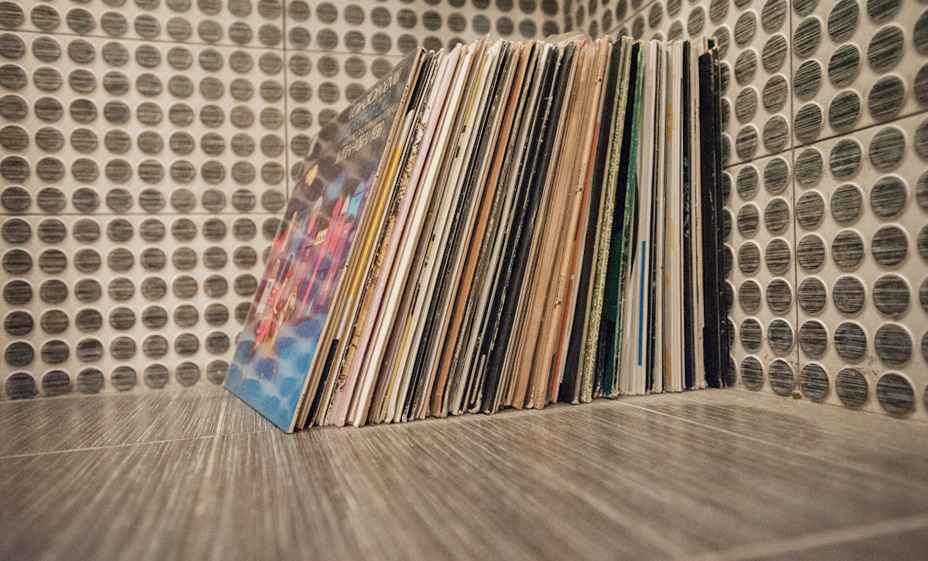 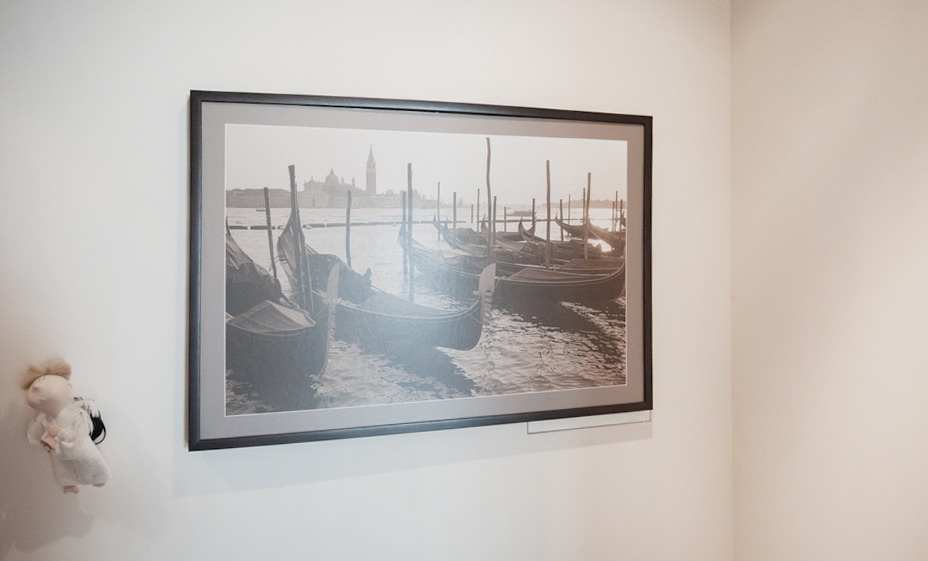 One more photo of the owner was hung in the entrance hall.