An apartment on Krestovsky Island with a classical interior and children’s room painted by graffiti-artists.

The couple Vladimir and Marina with two children moved into their apartment on Krestovsky Island in March this year. They had rented apartments in various districts of the city for a long time looking for the most comfortable place for a young family to live before they purchased their own apartment. Finally they chose the apartment in a new house with absolutely bare grey walls. The owners liked at once that all windows faced a sunny side and a park.

The repair – from 3D-visualisation to finishing strokes – took a half year. Most of the time was spent on waiting for equipment and furniture ordered in Europe. Vladimir and Marina thought up the design by themselves, borrowing ideas from interior Web sites. Finally they decided to combine an eclectic furnishing of modern Paris apartments and high tech. A construction company carried out all works, and the owners controlled the process and chose materials. 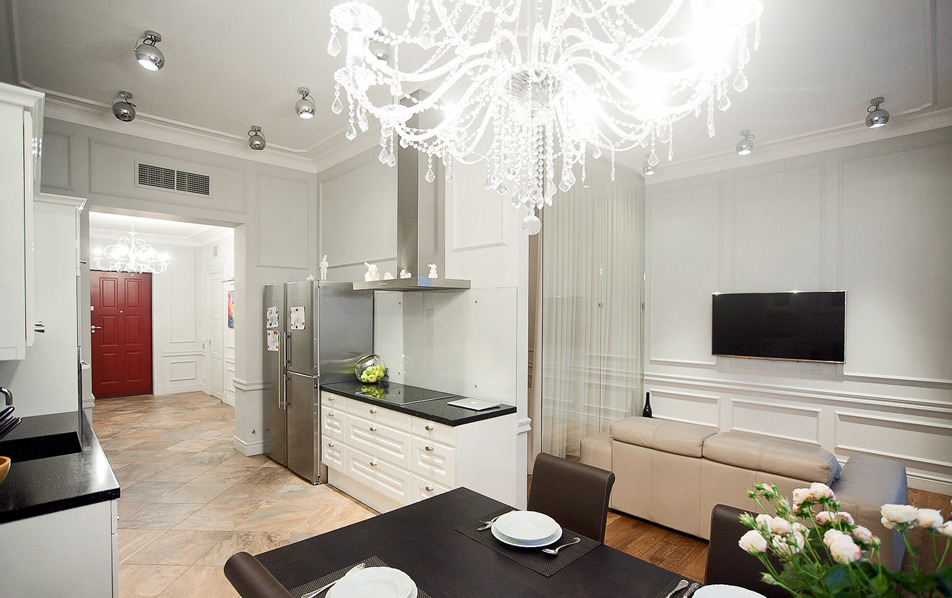 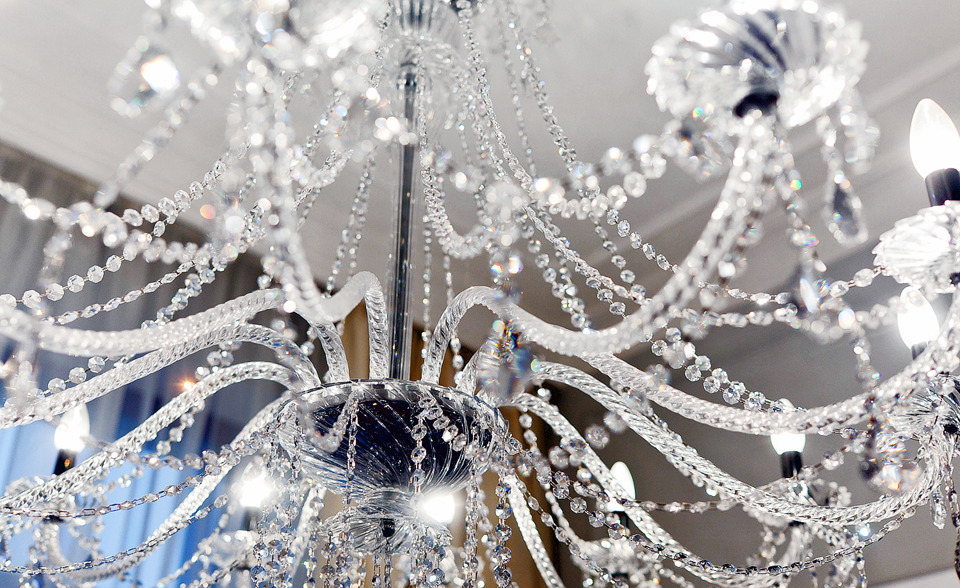 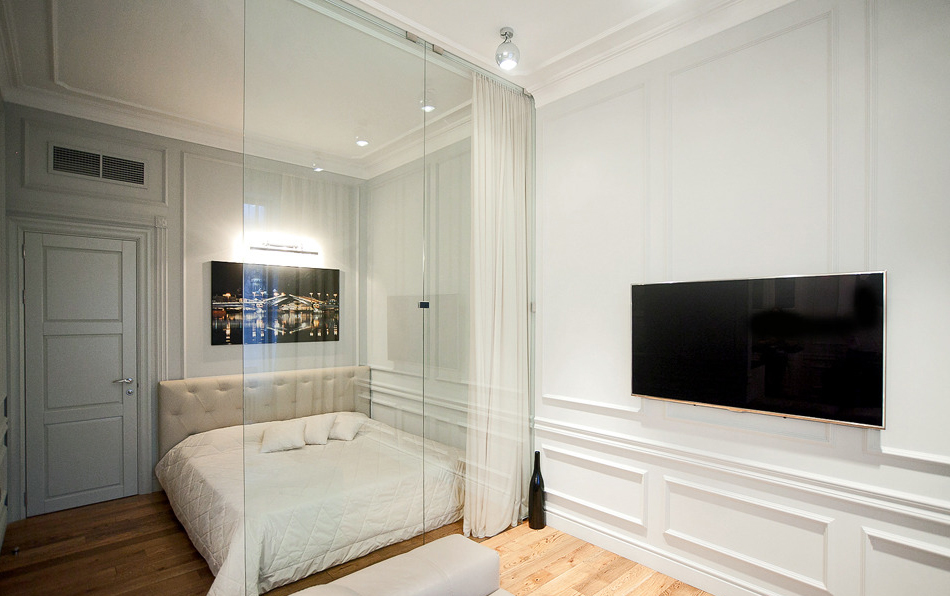 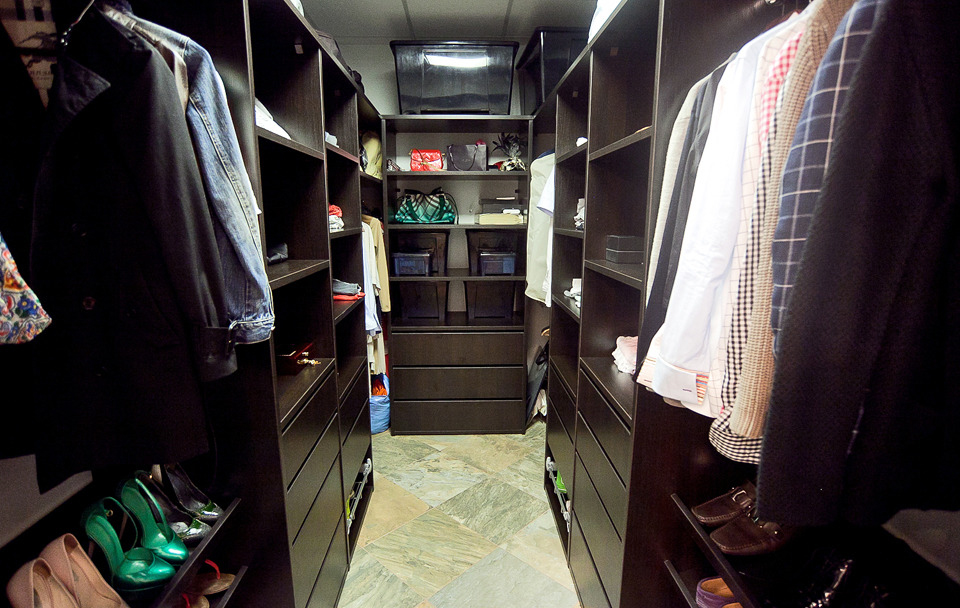 Relayout became the main problem: it was necessary to make three rooms from two. But it was difficult to divide the space because all windows face one side. Nevertheless the solution was found out: the bedroom was separated from the living room by a glass partition and a curtain. The room is quite light, though there is no window. There are two wardrobe rooms in the apartment and there is a separate store place and laundering zone in a spacious bathroom. 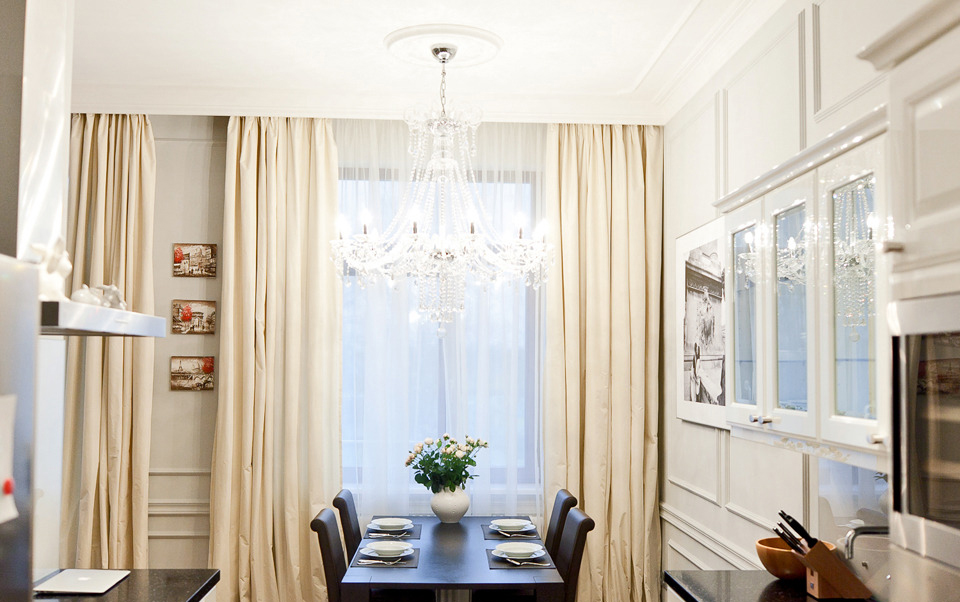 Almost all kitchen appliances are Miele, a wine chiller and a refrigerator are Liebherr. A ventilation system with fresh air intake from the street is installed in the apartment, all structures are hidden under the ceiling. All furniture, accessories, and even curtains were brought from Italy. 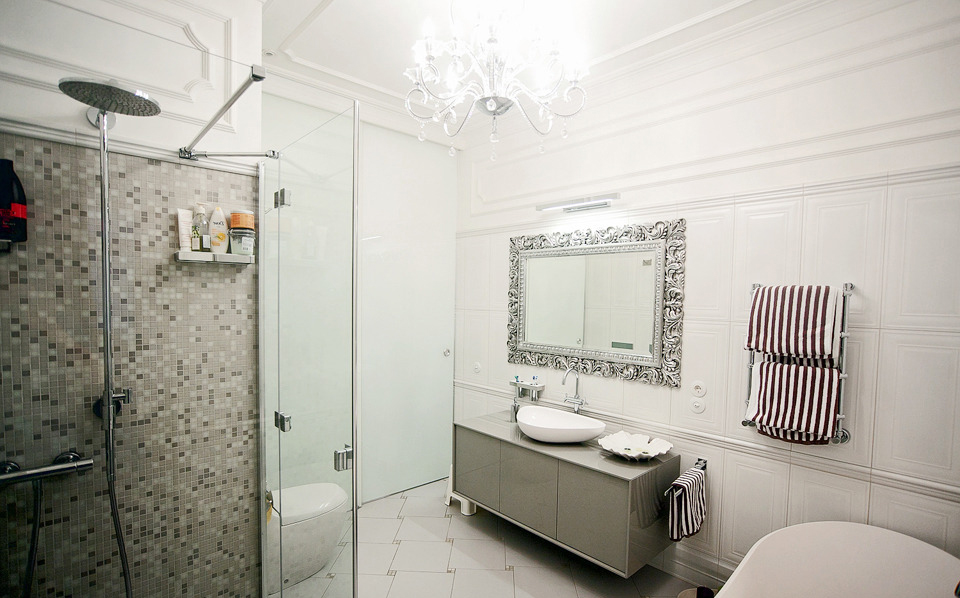 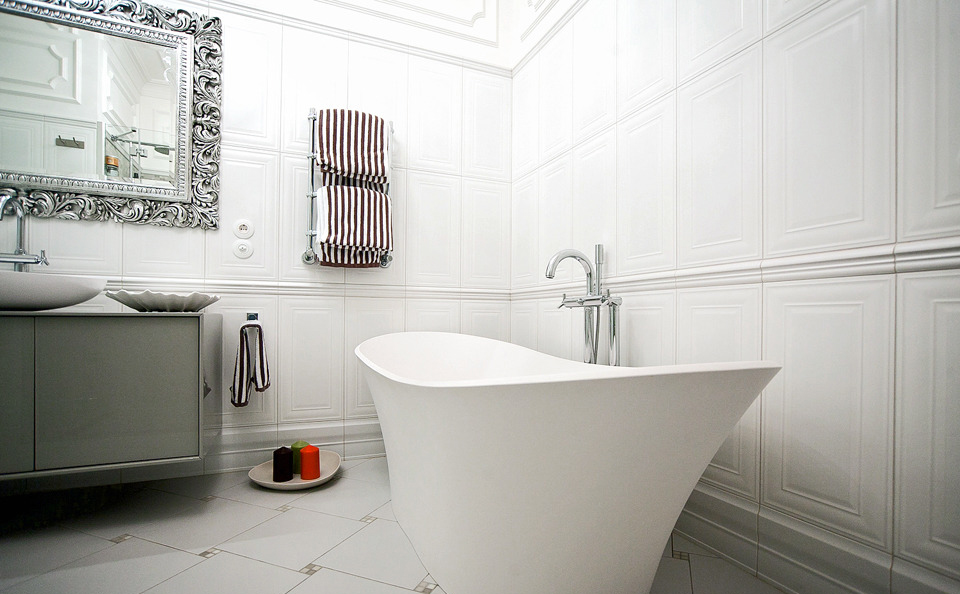 A bathtub Jacuzzi from artificial stone is the centerpiece in the WC-and-bathroom unit. Accessories are Hansgrohe, furniture is Antonio Lupi. A carved mirror was ordered in Moscow in a restoration workshop.

Plain furniture and bright details were chosen for children’s room in which Radomir and Miroslav live. The walls were painted by St. Petersburg graffiti-artists from owners’ scratches. 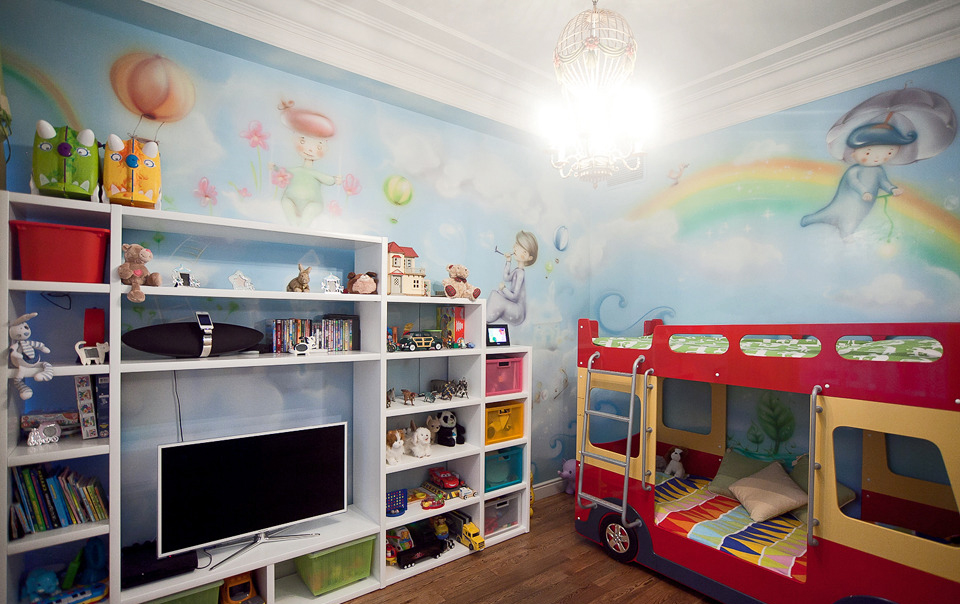 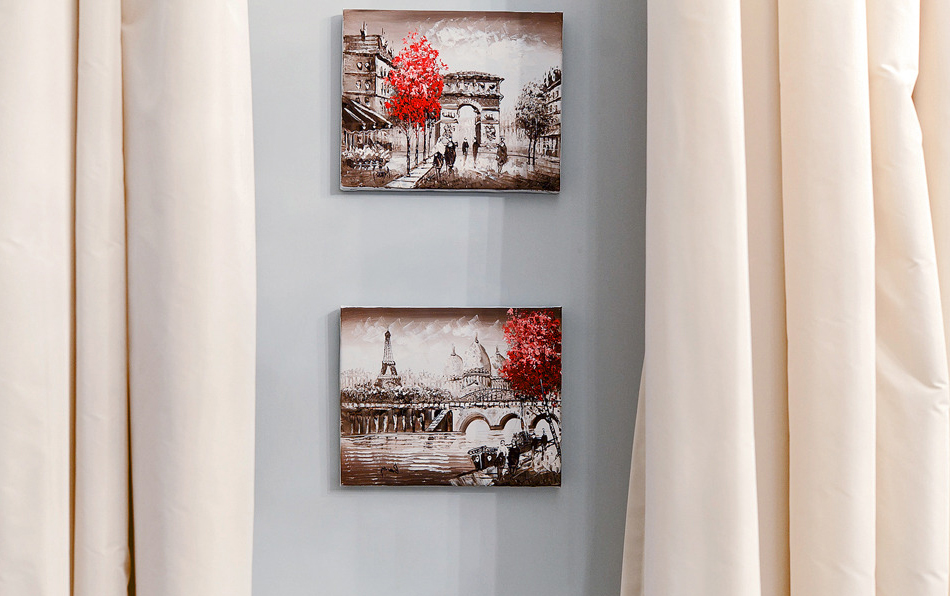 Pictures in the kitchen were bought from a sidewalk artist in Paris, and those in the hall were made by themselves by remaking works of St. Petersburg artist Yury Sychev. A large photo in the kitchen is the work by Jonathan Stark, an American, who shot the lovers on the bridge of Alexander III in Paris. A picture of night St. Petersburg which hangs in the bedroom was bought