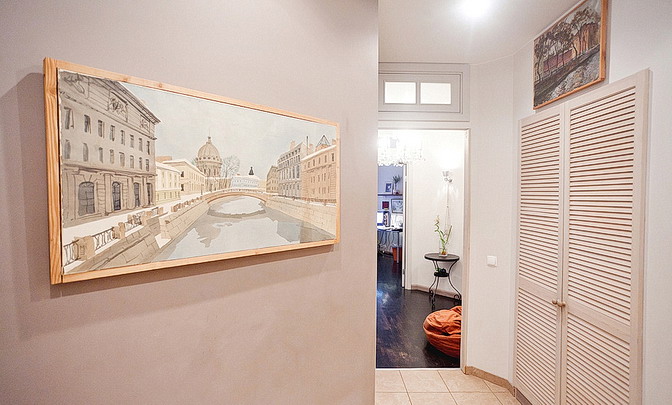 Yuri, a designer, and his mother Nadezhda, who lives and works in Sweden at present time, moved into their apartment in Petrogradskaya storona some years ago. They had lived in the country before but had to move to the center of St. Petersburg because of their work and study.

The layout was typical for apartments of the old dwelling stock: a narrow kitchen and two small rooms connected by a long corridor. There was no bathroom initially: the house was built in 1895.

Capital repair took about two years: a professional construction brigade replaced floors and ceilings completely, pulled down part of walls, built new ones instead, and combined a small kitchen with a living-room. The rest space was delimited in such a way that a small cabinet and a bedroom appeared in the apartment.

The design was developed by the hostess Nadezhda. She decided to leave an old brick work on wall fragments and to lay massive parquet board with black lacquer coating on the floor.

A blue sofa and arm-chair in the living-room are produced at Italian factory Poltrona Frau. The kitchen was ordered in Italy and a big picture with meadow was brought from Brazil.

The bed is forged and is made to order as well as the chest of drawers produced in an Italian workshop. 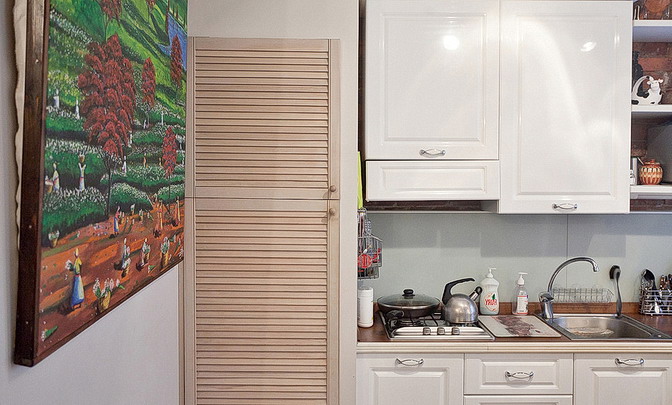 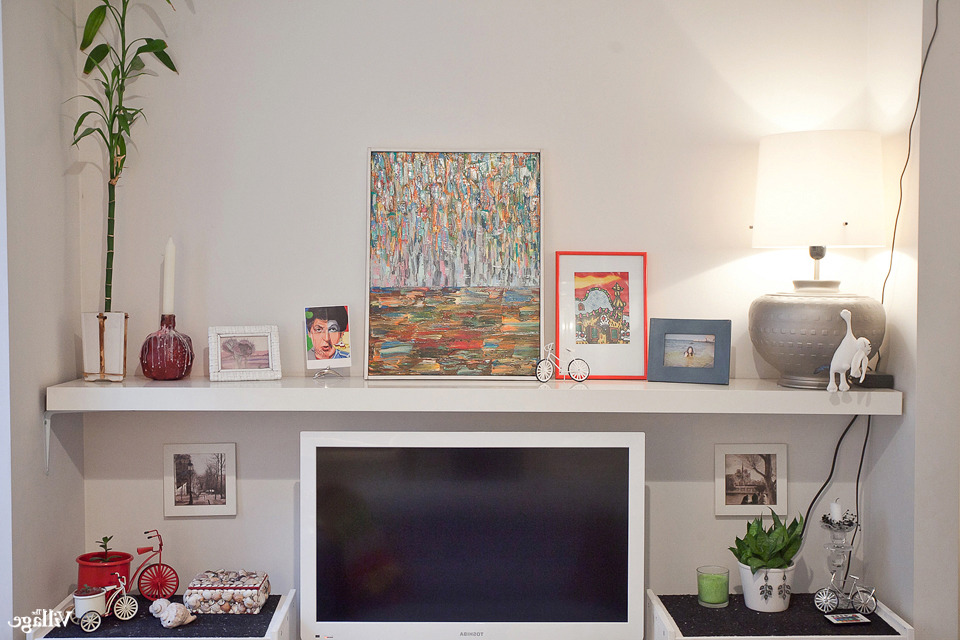 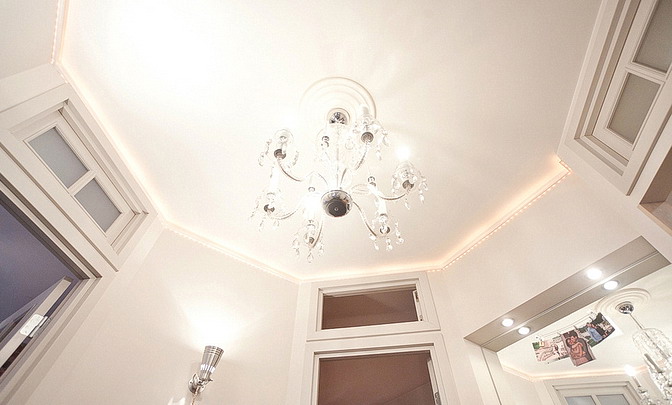 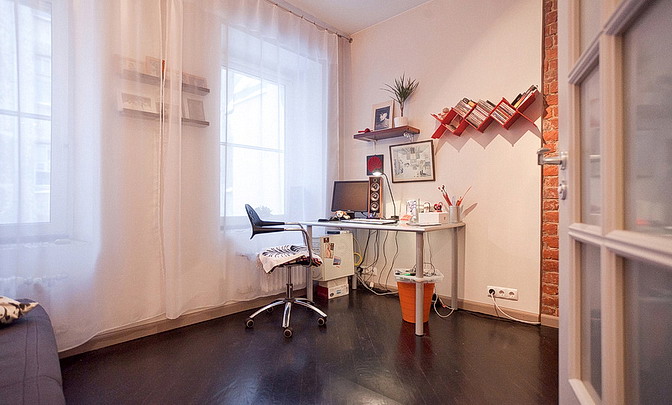 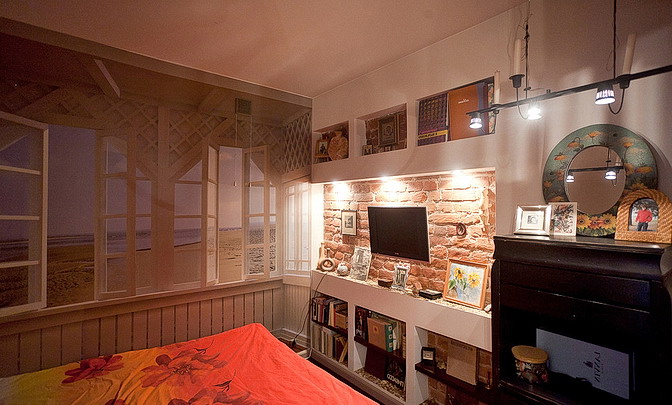 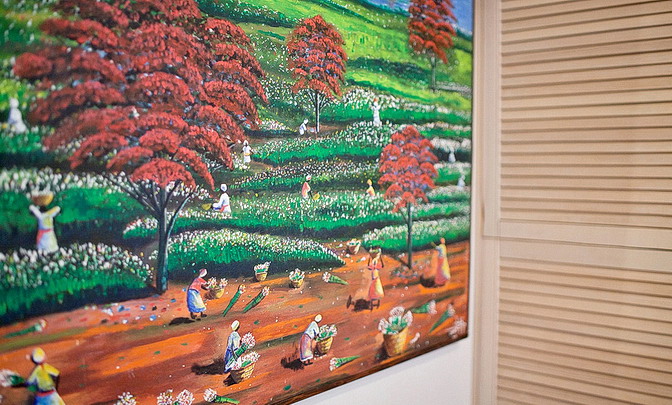 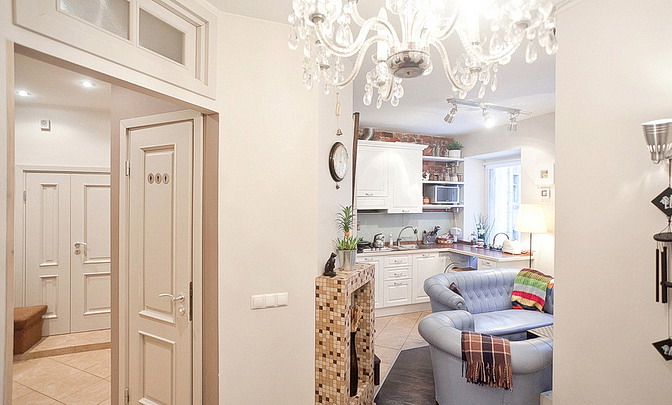 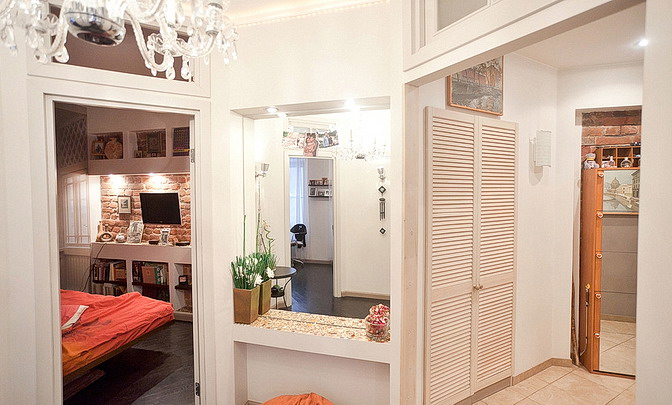