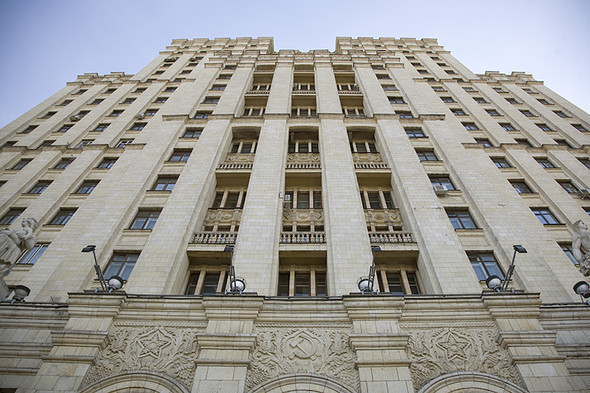 The apartment of Payam Sharifi, an artist and a co-founder of the “Slavs and Tatars” art group, is located in one of the well known high-rise buildings of the Stalin era on Kudrino Square. “These skyscrapers were built as a kind of reply to the West, they bear a strong resemblance to a fist with a stretched middle finger” – explains Payam in clear Russian.

On warm summer days a spacious balcony of 45 m² which is according to Payam bigger than his London apartment, becomes a party and dinner spot: “One day, purely out of my old American habit, I decided to throw a barbecue, reckless of the fact that the smoke would be seen all over the city… Then a fire brigade arrived…”

The shelves in the apartment are crammed with Israel souvenirs, dried plants from Madagascar, seahorses, gold masks of the Turkish folk hero Ataturk and plenty of books. Each one has its own story: “For example, these are bound volumes of an old Azerbaijanian satirical magazine. We, the “Slavs and Tatars”, translate and edit the texts, which are published by JRP/Ringier in Zürich afterwards”. 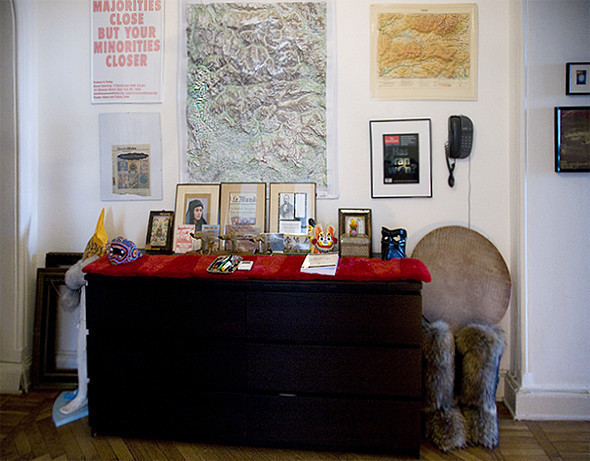 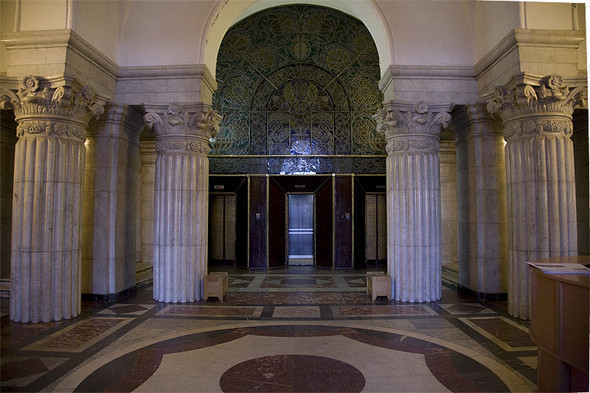 Among the shortcomings of the 83 m² apartment the master names the kitchen isolated from the living room and the balcony. «I cannot speak with my guests while cooking – I feel like a peon in my own house».

Just before we leave Payam tells us about a first-floor restaurant: «Do call by, it’s an old-fashioned canteen with cheap food and extremely huge chandeliers. I’ve never seen anything like that before». 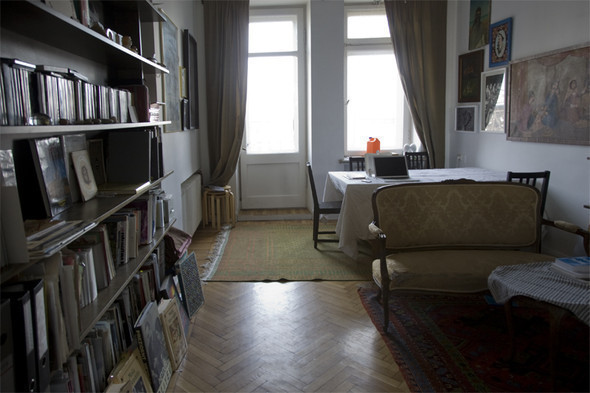 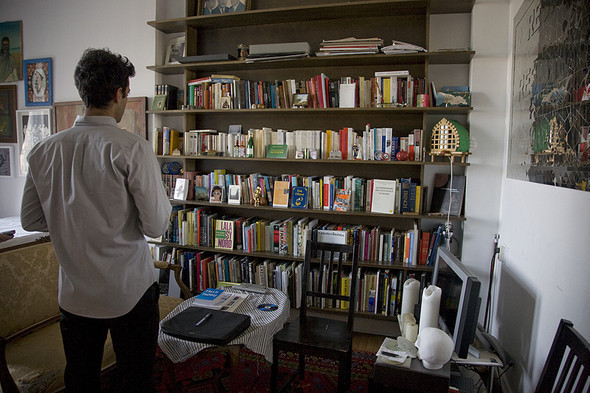 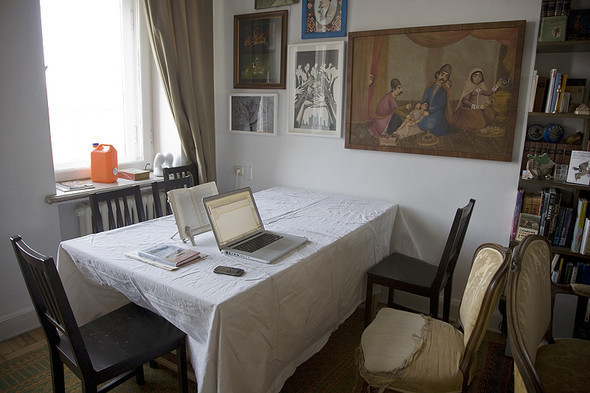 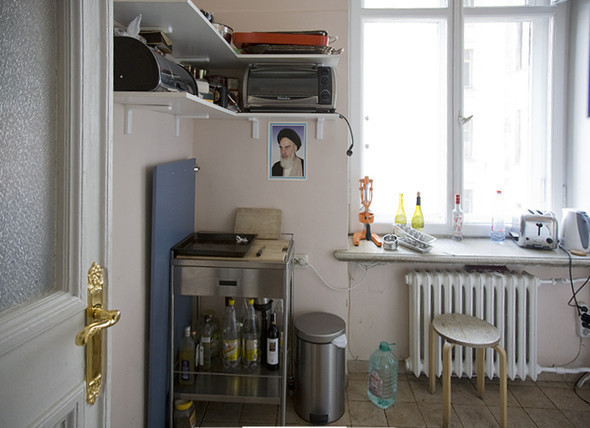 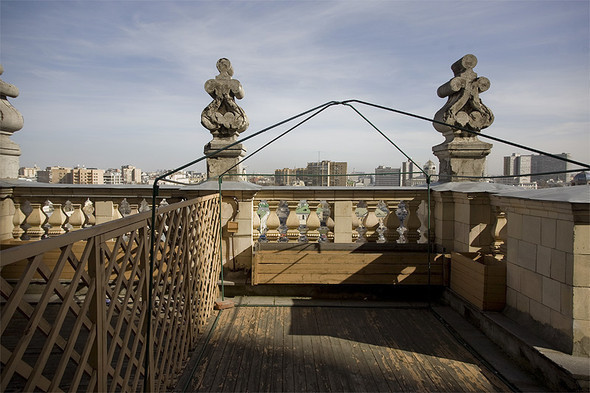 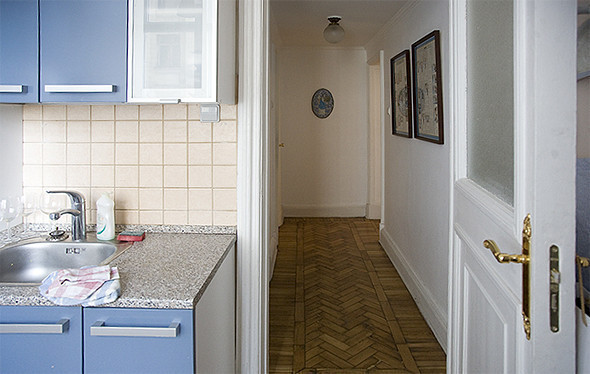 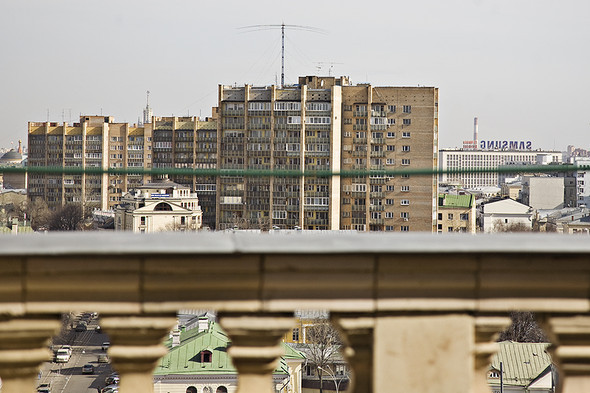