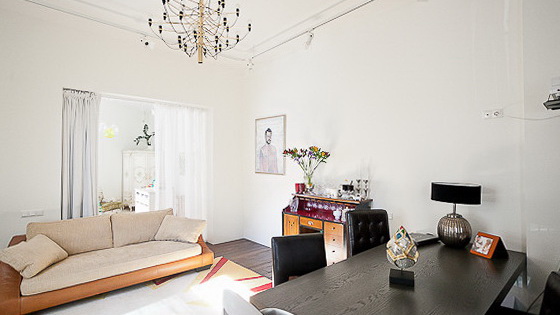 Multilevel apartment in the former laundry with a separate entrance, rack-staircase and underfloor wardrobe room.

HOSTS
Yury – a producer,
Evgeniya – an architect,
Petya – their son

Yury, Evgeniya and their son Peter moved into their apartment on Kamennoostrovskoy prospect of Petrogradskaya storona in June 2010. The family head always dreamed to live in this house because of its unusual history. The building was built for St. Petersburg professors by order of the Culture Ministry in 1956. There was a separate entrance on the first floor, some premises belonged to the laundry, where all tenants of the house did the washing. When ideas of new communistic living filed as a history, household premises were transformed into living accommodations – so an apartment appeared instead of the laundry. Though, the layout was notably uncomfortable there: there were many tiny rooms and a small toilet room, a bathroom and a kitchen.

Immediately after the move Yury and Evgeniya got down to a large-scale relayout. As a result a spacious multilevel studio appeared. Evgeniya was engaged in the interior for the most part, though the family made all decisions conjointly. The repair which was made by a professional work gang took a year. The second level appeared in a large room, which is the kitchen and the living-room at the same time, during this period. The hosts’ bedroom is located here. The children’s room was separated from the main zone by light curtains, and a wardrobe room was arranged in a small niche. 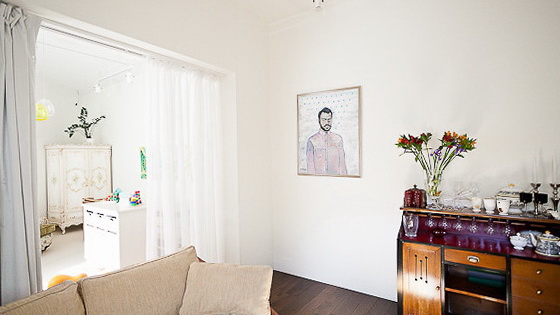 Portraits of Yura were made by a close family friend, a designer Sergey Bondarev. 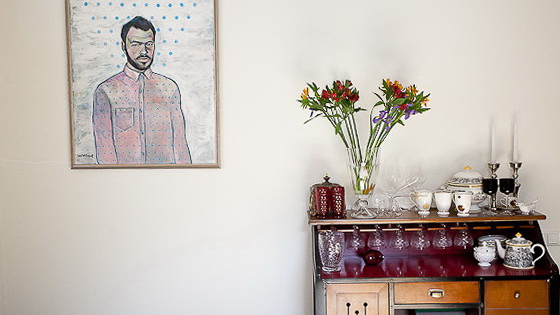 The bar counter is Grang. 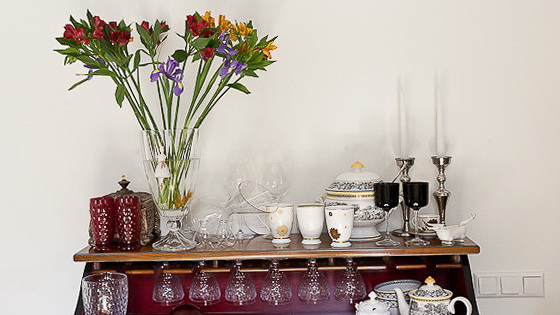 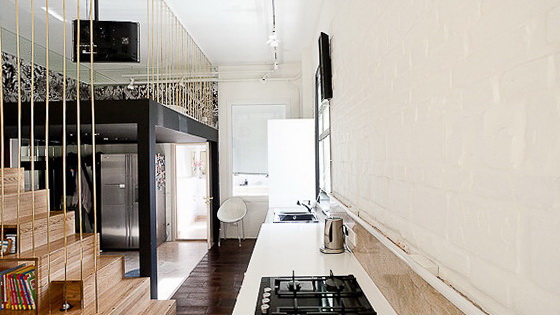 The second level and the staircase were built according to Evgeniya’s drawings. The kitchen was made minimalistic and was carefully added to the living space interior. 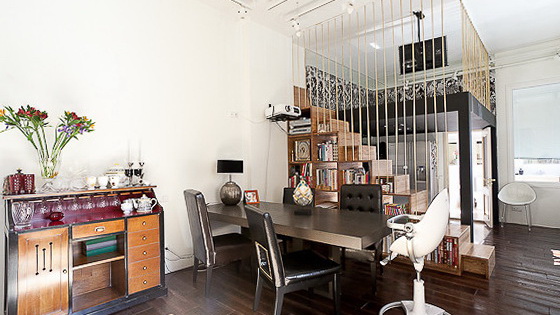 Rectangular dining table serves both for house parties and for business meetings. Niches in the staircase serve as a bookcase. 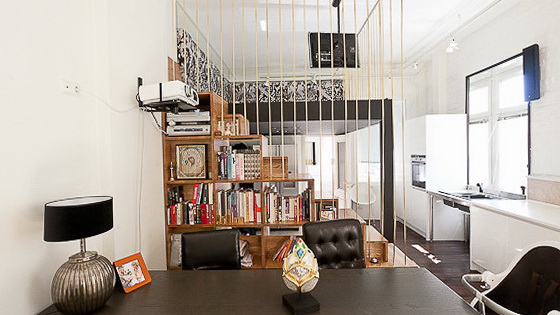 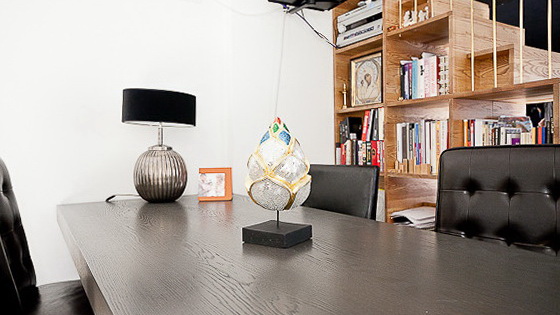 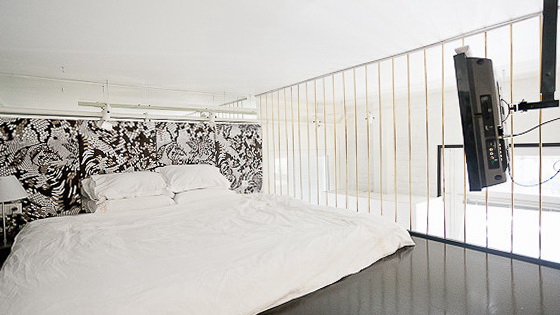 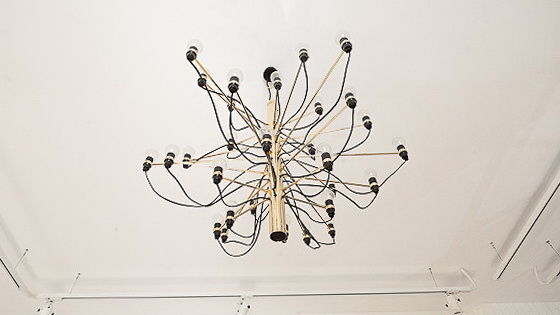 The ceiling lamp is of Italian brand Floss, a model of 1954. 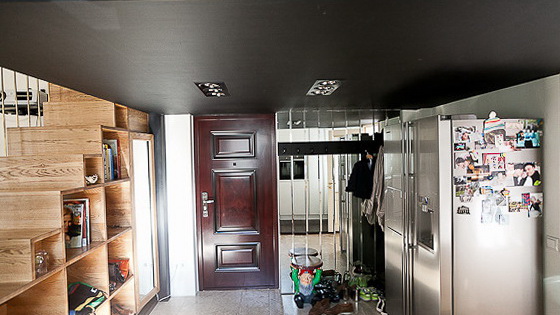 The entrance to the apartment is hidden under the staircase. The refrigerator also stands here not to clutter the living area. 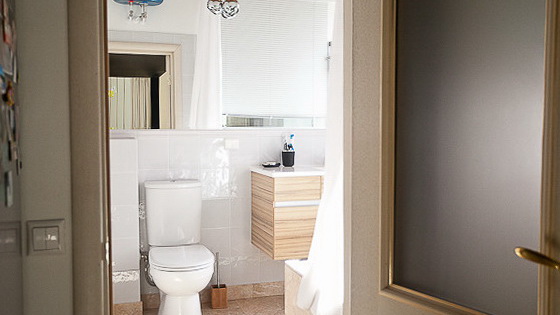 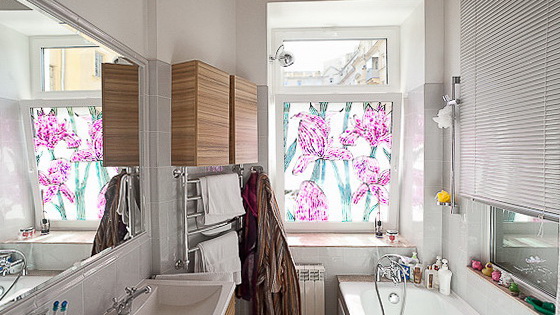 Abstract triptych was painted by the hosts’ friend, a paintress from Ekaterinburg Julia Markelova. 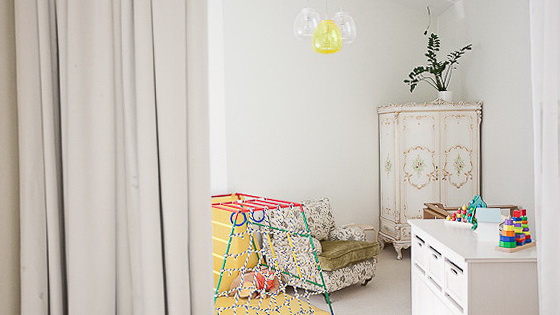 The children’s room was separated from the kitchen and the living-room by dense curtains.  A wood grating closes the staircase on all sides so that a child doesn’t fall down. 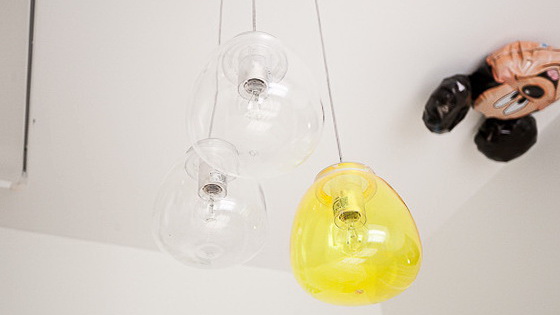 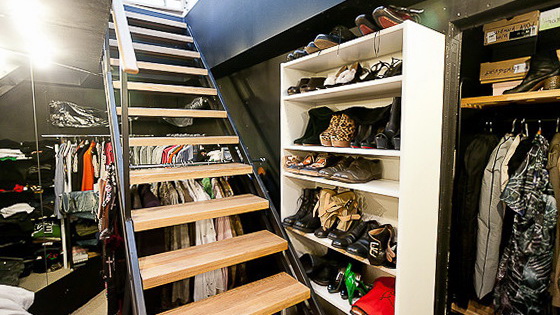 The staircase from the children’s room admits to the room left from the former laundry. The hosts made the wardrobe-room there. 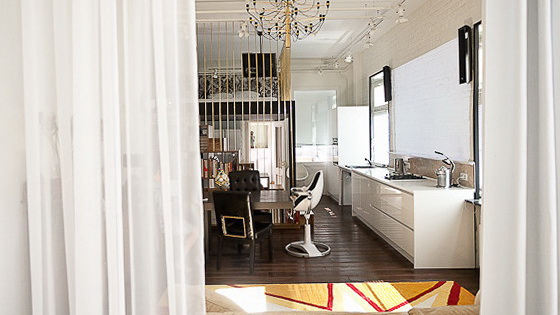 There are no wardrobes in the apartment due to a separate wardrobe room. 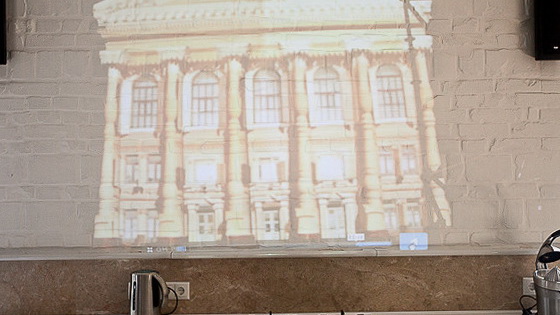 The hosts are engaged in 3D-mapping, a white brick wall serves as a screen.