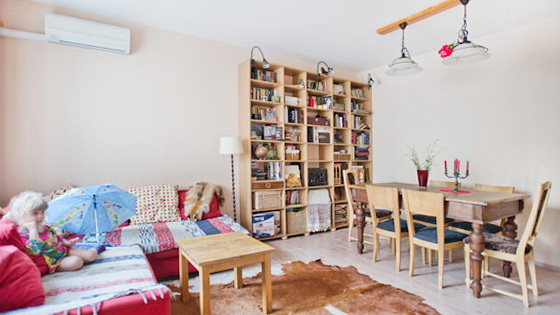 HOSTS
Taras – a head of the youth organization “Compass”,
Lyudmila – a manager

The family moved into their own apartment on Bazhana prospect several years ago. The hosts wanted to create a cosy and at the same time functional interior in which their wanderlust would have been seen. That’s why Taras and Lyudmila asked the designer Irina Pilipenko to think over the future appearance of the apartment.

Rooms are designed in different styles and they convey the atmosphere of countries which caught the hosts’ fancy. The bedroom and the bathroom are very minimalistic as in Scandinavia, the kitchen reminds of Spain, and there are eastern motives and décor elements in the daughter’s room. According to the plan the corridor is a view of the street leading to different corners of the world. They tried to emphasize the home atmosphere with the help of furniture, which had belonged to the hosts’ forefathers, and a vintage floor. 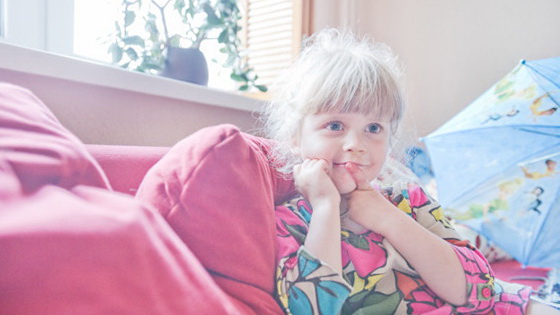 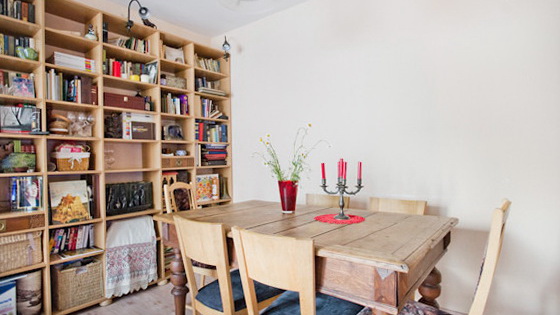 Some bits of furniture were made to order and there are almost no incidental objects among other interior details. Each element carries memory about travels, events, or hostages to fortune. 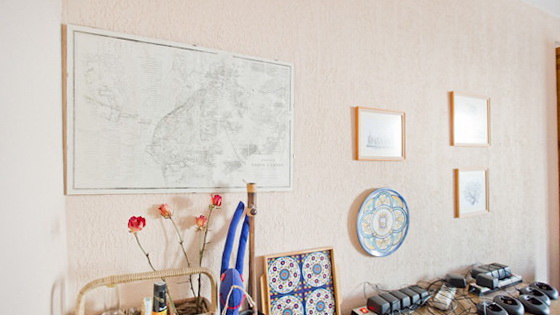 An ancient table belonged to a priest – Taras’s great-grandfather. 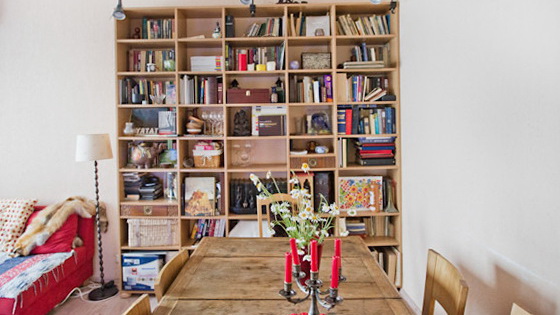 The living-room was designed in Spanish style. Light pastel shades were added with a bright sofa from Ikea. A wooden wall cabinet was made to order. The floor was covered with bull skin brought from the Carpathians. The main emphasis is laid on a massive dining table. 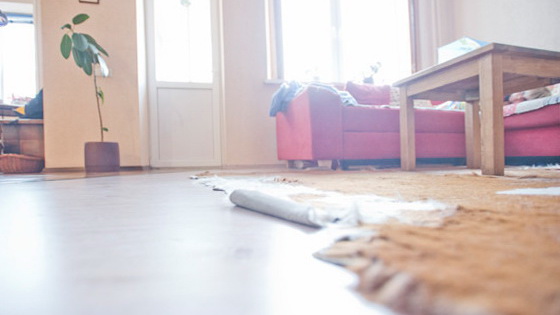 ictures were bought from Lvov street trader, and a painted plate is a present from the mayor of a small town in Spain. There are rechargers for radiosets, which Taras uses during campaigns, on the chest of drawers. 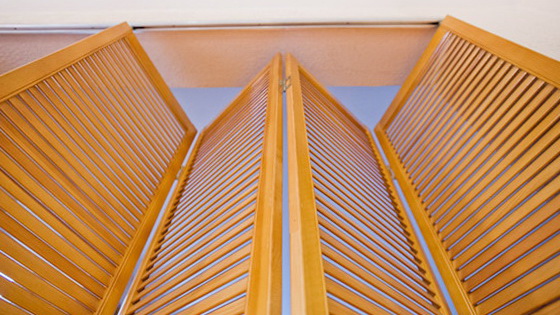 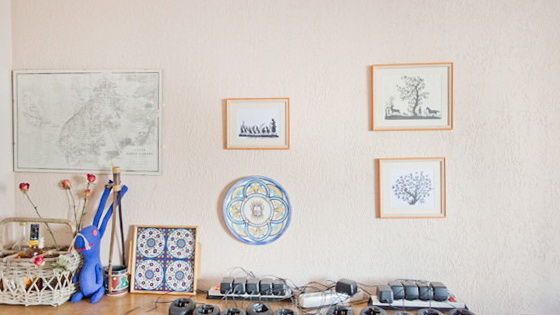 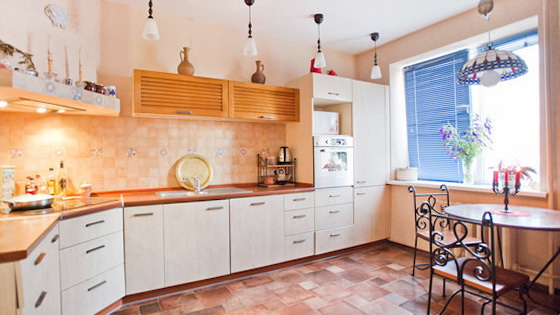 The space between the kitchen and the living-room is separated by a folding door made to order. Wooden shutters on windows have something in common with it. 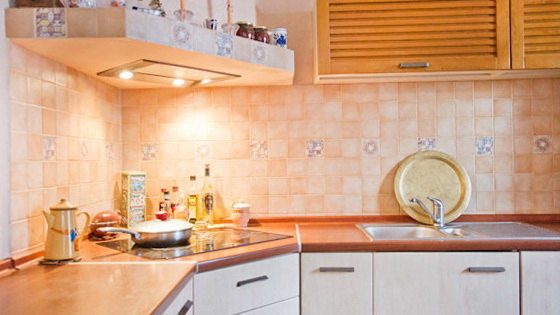 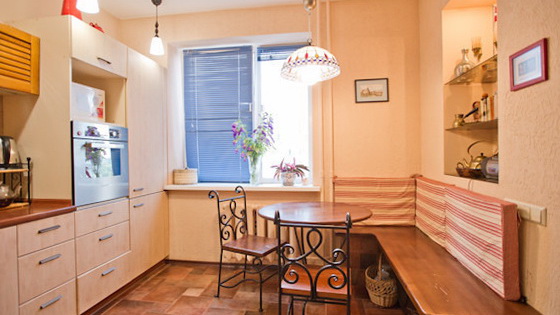 Soft pillows for a kitchen corner are self-made. Glassware brought from different countries – Austria, Denmark, India – is placed on shelves. The ceiling lamp over the table is from Tiffany’s Style studio, other lamps for the kitchen were found in Ikea. 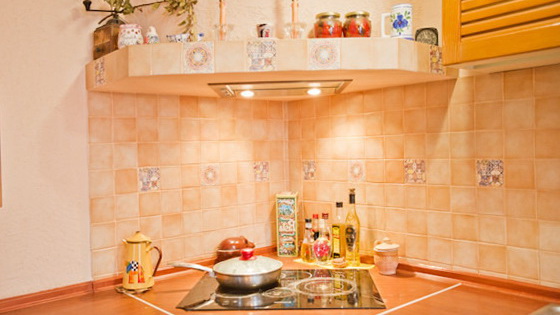 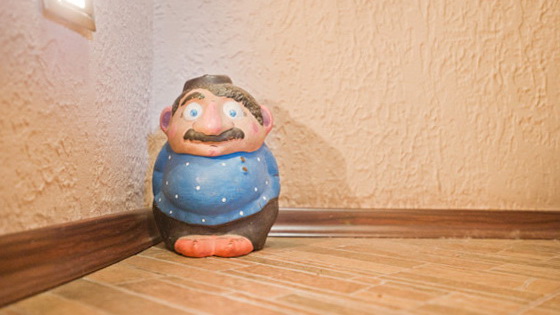 Georgian money-box is a present from Lyudmila’s students. 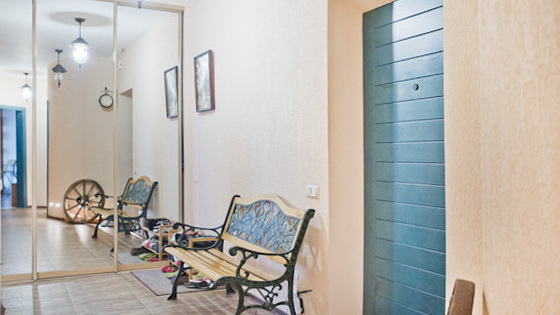 A bench was put and German posters were hung in the corridor in order to turn it into a pathway. Ceiling lamps reminding of street lamps were bought in Epicenter. Green doors were made to order. 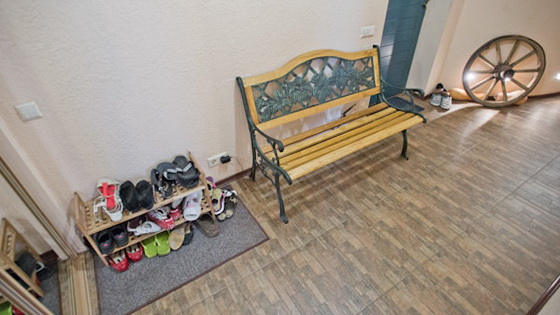 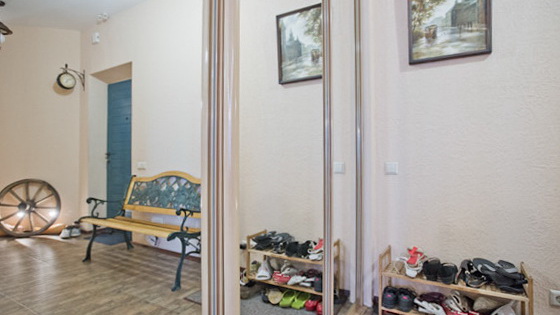 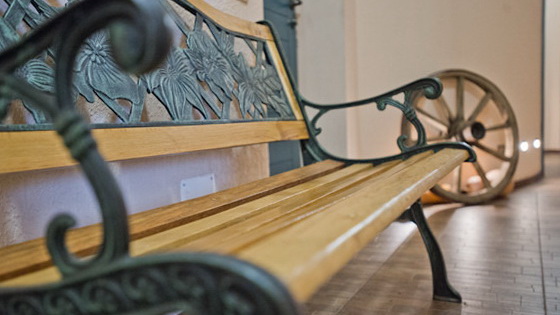 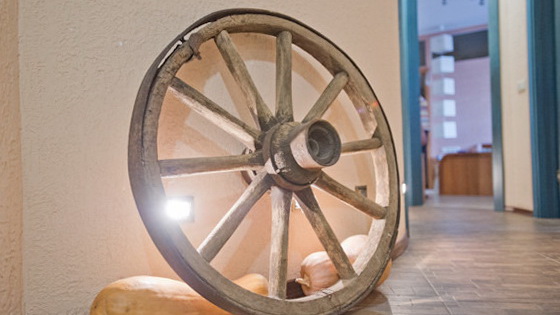 The wheel was brought from a farm yard in Belarus. 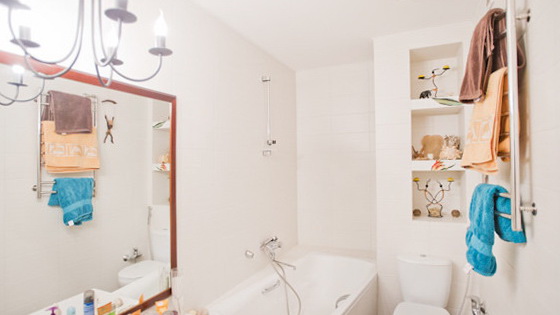 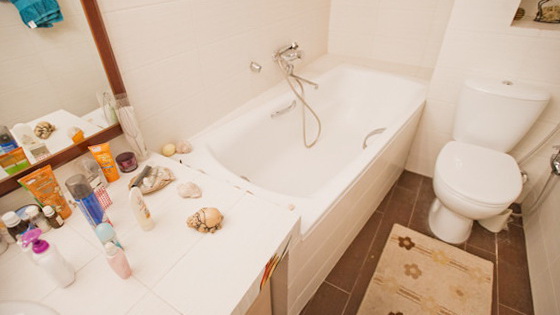 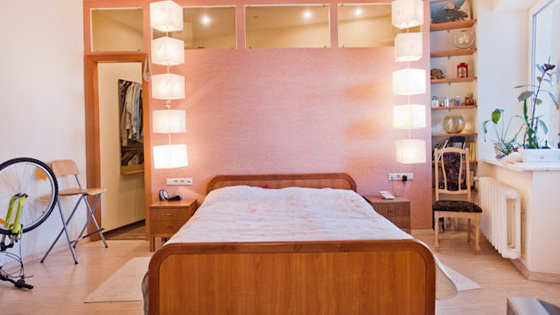 The bed and bedside tables belonged to the officer of the Supreme United Nations Refugee Agency Administration before.

Hanging lamps are from Ikea. 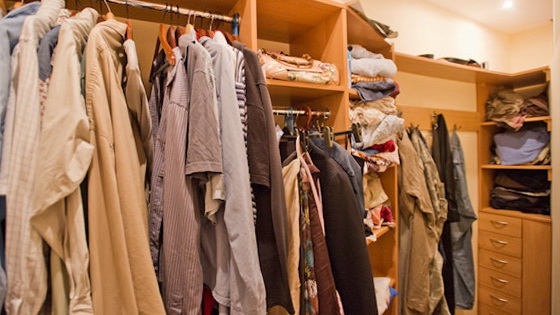 A small wardrobe room was made in the back of the room. 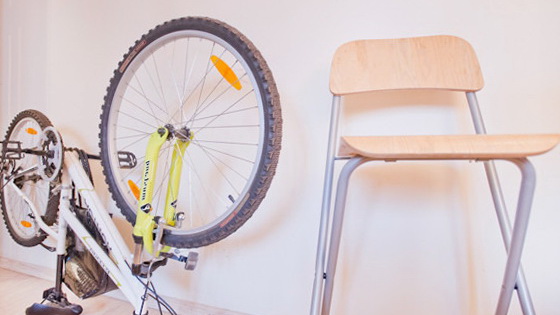 There is also one of bicycles, with which the couple participated in Retro Cruise, in the bedroom. 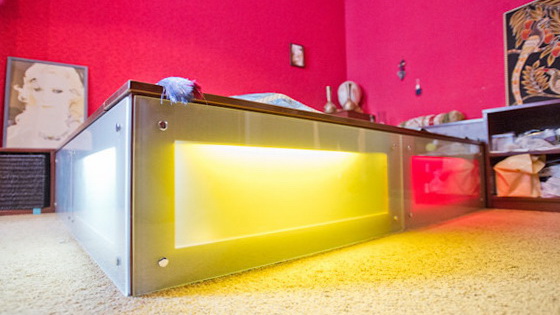 One of daughters of Taras and Lyudmila is a manager on Oriental countries of one of tour operators, that’s why the style of her room was determined from the very beginning. 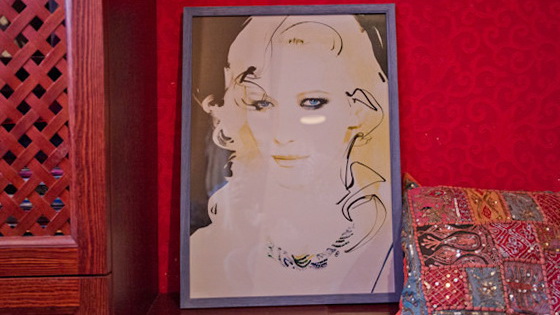 A bed with highlighting is the idea of the room hostess. The room is decorated with Cate Blanchett’s portrait. 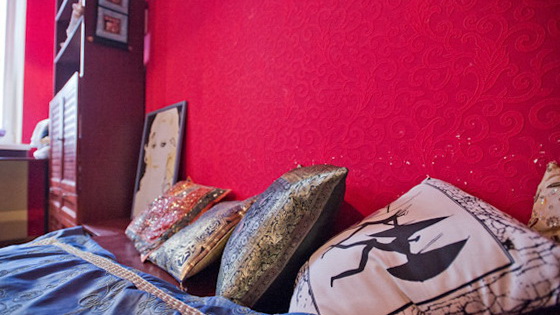 The bedcover, pillows, and vases were brought from trips to Turkey, Africa, Sri Lanka, and India.