Andrey and Oksana bought their first realty in Moscow seven years ago, having got tired of rental housing in residential districts. Taking into account quite low budget the couple was ready to agree to an apartment in an ordinary Khrushchyovka, but a classic two-room apartment with isolated rooms in one of the last Stalin buildings built in 1956 turned up all of a sudden. Only fretwork around lamps and three meter ceilings remained of the old-time Empire style and monumentality there.

Andrey and Oksana had gone to one of the largest interior exhibitions in Milan – I Saloni – for inspiration before the repair. They developed the project and decoration of their future apartment by themselves. Andrey worked at creative constituent basically and Oksana was concerned in documents and approvals. The owners’ tastes coincided almost completely especially for interior items of Charles & Ray Eames design, which are released by the brand Vitra now. 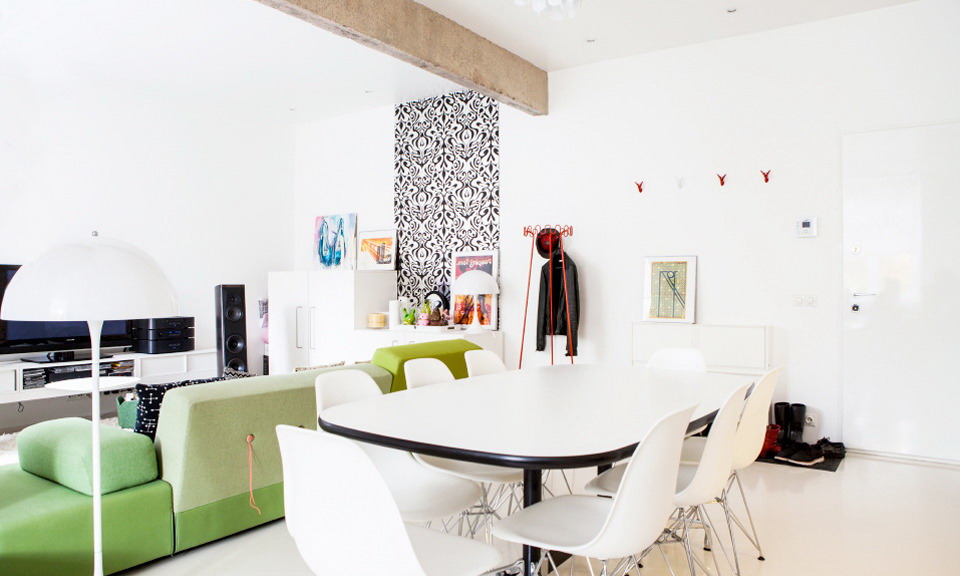 Just before the repair Oksana and Andrey agreed that they wouldn’t take anything to their new apartment from the previous one. The family gathers things very quickly anyway, so the guests were forbidden to give presents at a housewarming party. 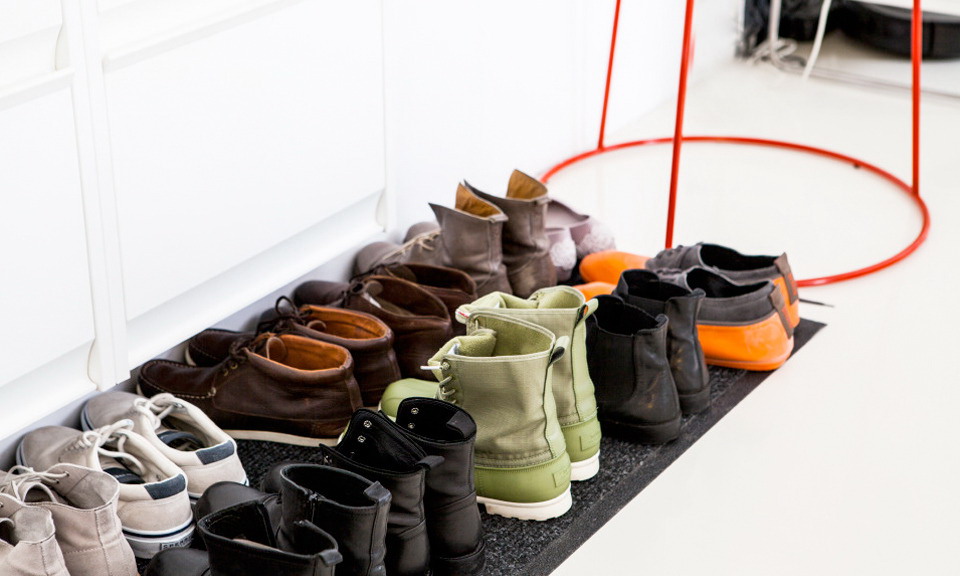 The owners had to give up the idea of a loft, by which they were fascinated then, at the first stage of the repair when the empty space with leveled walls was flooded with light from three windows. But a commodious light space remained a starting point in the future interior creation. 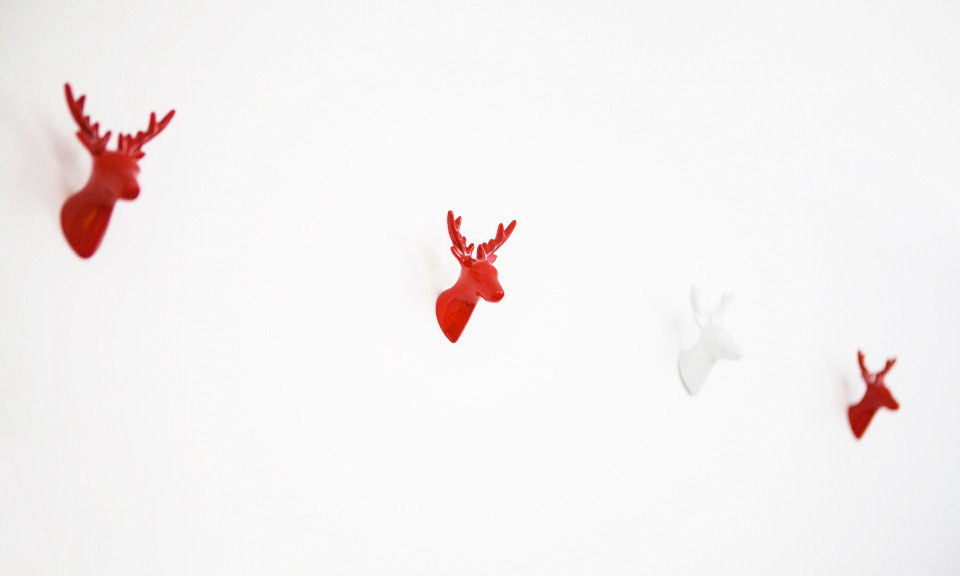 The owners managed to a spacious living-room, a dining-room, a cabinet, a bedroom, a wardrobe room and a toilet room due to a well thought out layout at a minimum of erected walls. White colour was taken as a basis. Self-leveling floors, which were found only in industrial premises and boutiques then, were also made white. 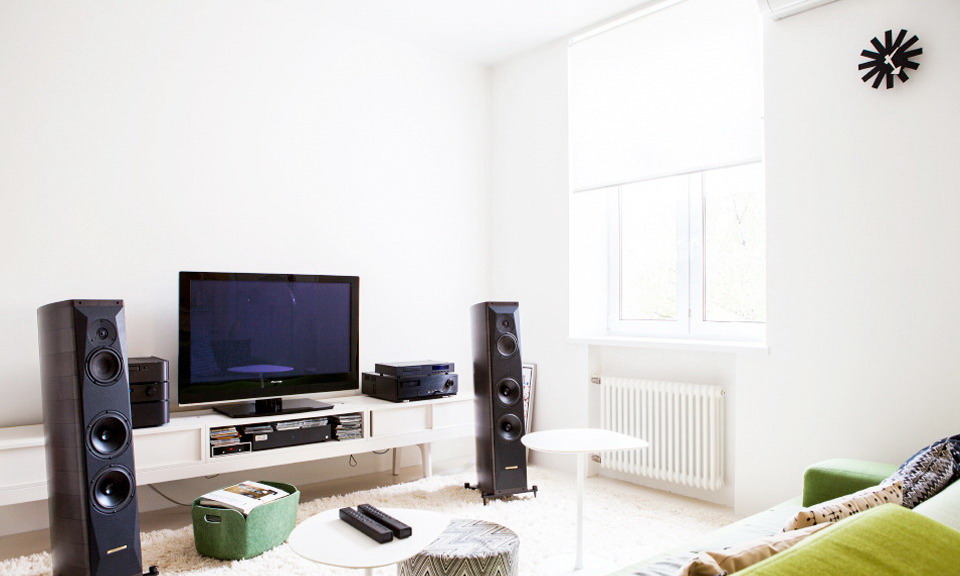 There is no entrance hall as such: when entering the apartment one faces a single space with guest and dining zones and a cabinet. It was impossible to do away with the bearing beam passing through the whole ceiling and the owners decided even not to mask it. 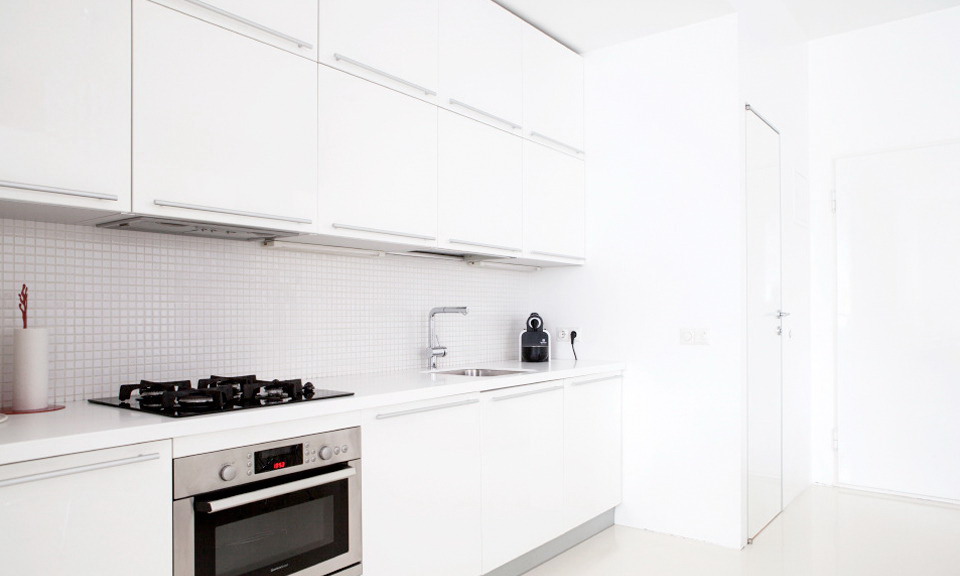 The kitchen Vitaly is one of the first purchases. 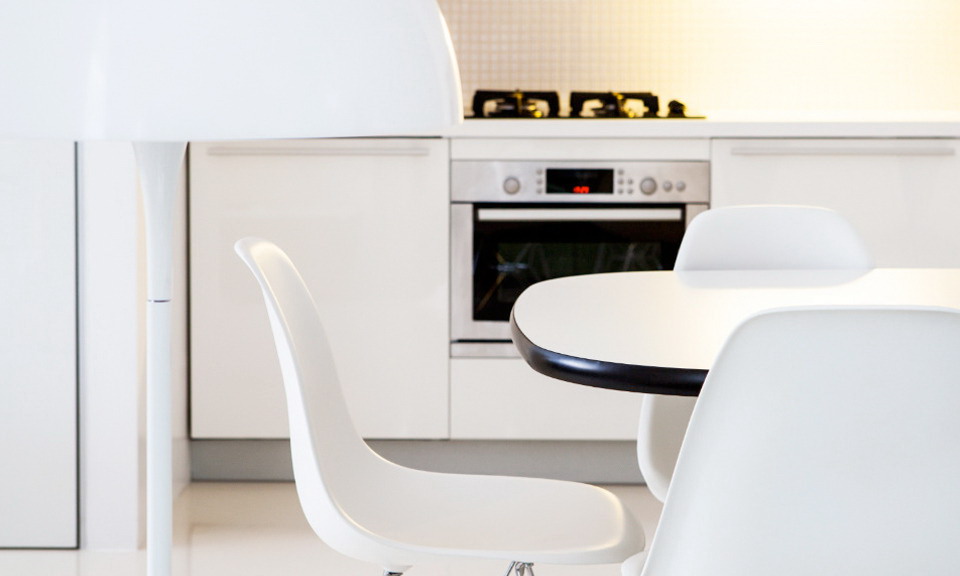 The table and chairs are Vitra, the floor lamp is Louis Poulsen. 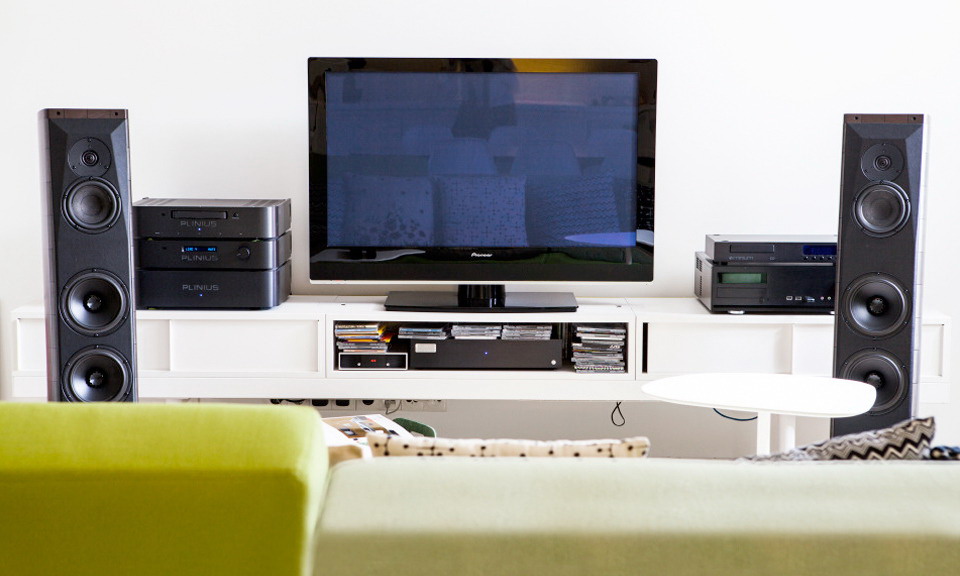 The sofa and the stand for devices are Vitra. Coffee tables are Desalto. 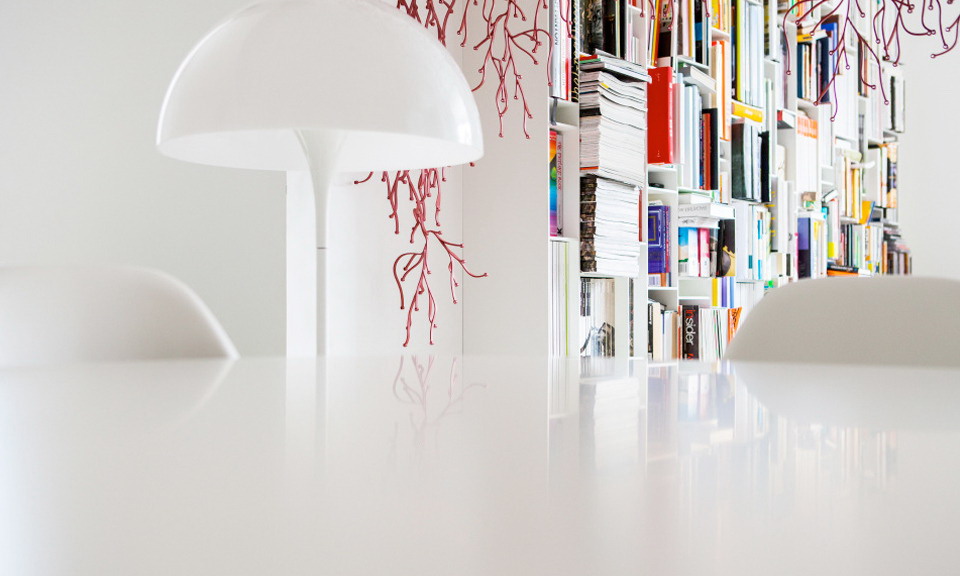 Oksana was totally against wallpaper, while Andrey wanted to wallpaper one of the walls. They made a compromise: the fragment of ornamental wallpaper Cole & Son decorates one wall in the living-room and one in the bedroom. The hanger is Desalto. The chest of drawers is Cappellini. 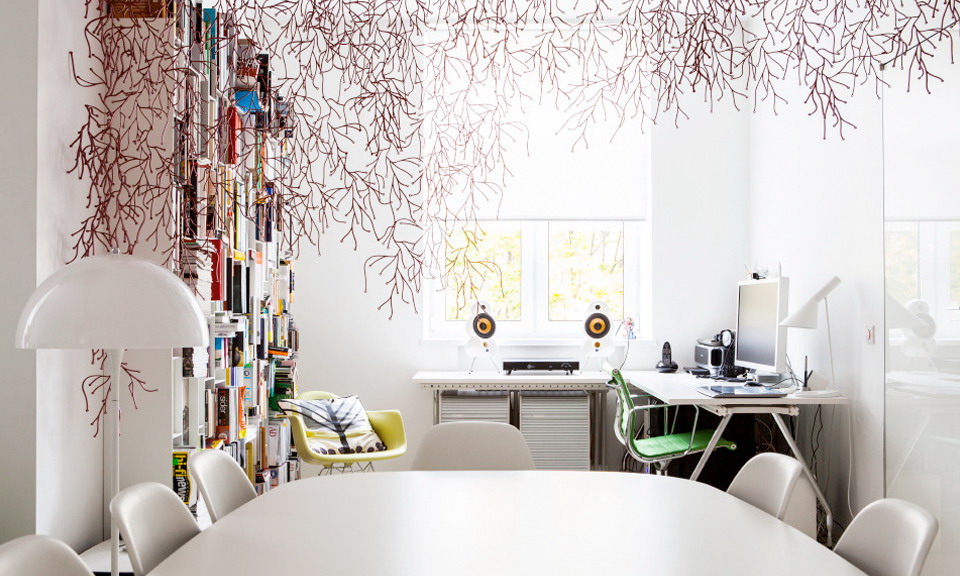 The dining zone is separated from the cabinet by a suspended partition Algue, Vitra, visually. 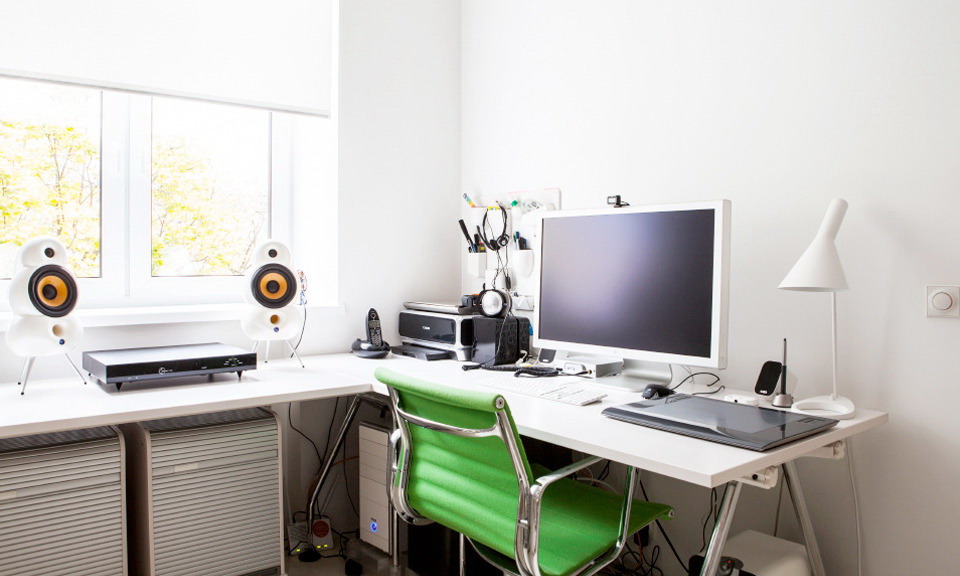 The table and chairs are Vitra. 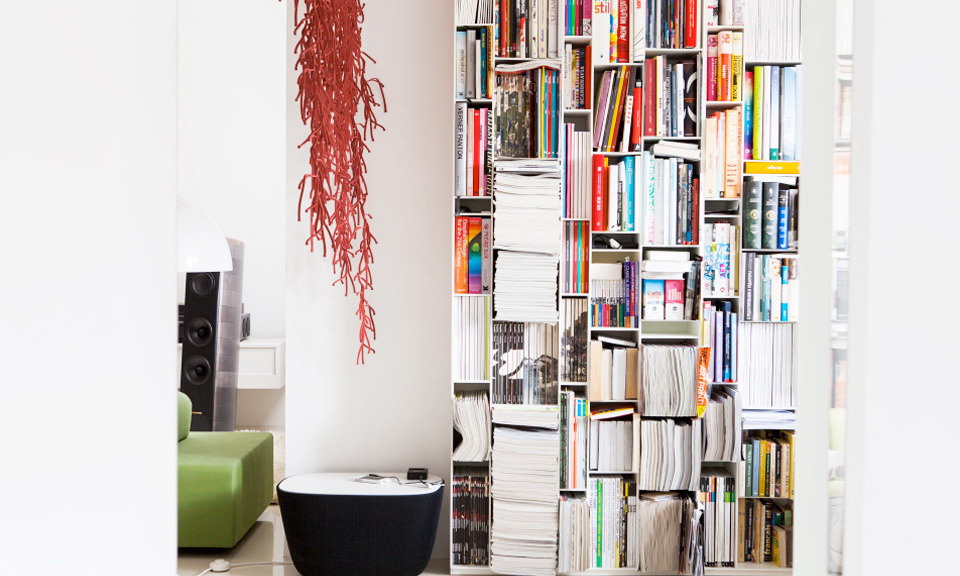 The bookstack is MDF Italia. 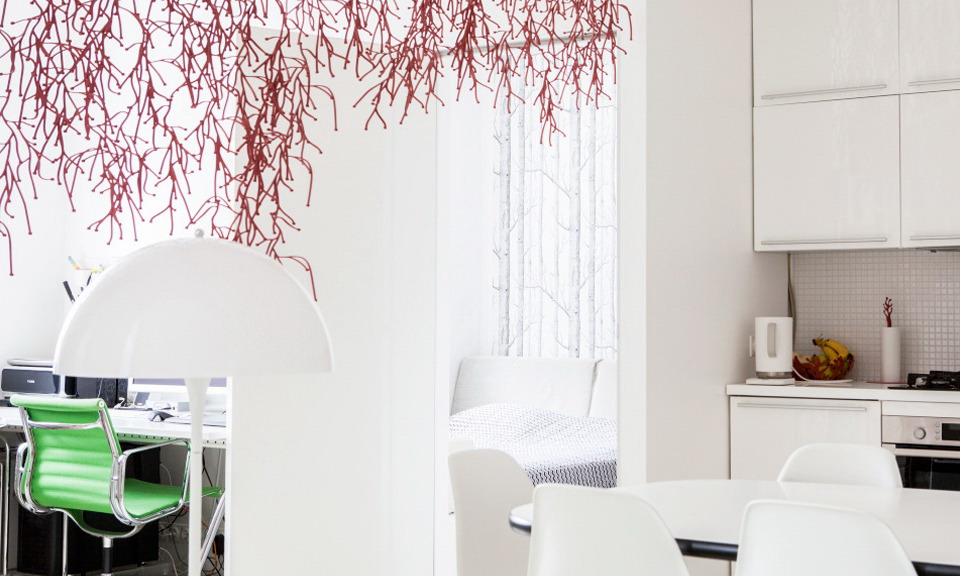 The doors TRE-Piu, made to order, catch the eye not at once and it seems as if a combined space of the living-room and a cabinet is a single premise in the apartment. There is a bedroom behind the wall with wardrobe and toilet rooms, which one can enter either from the bedroom or from the common zone. 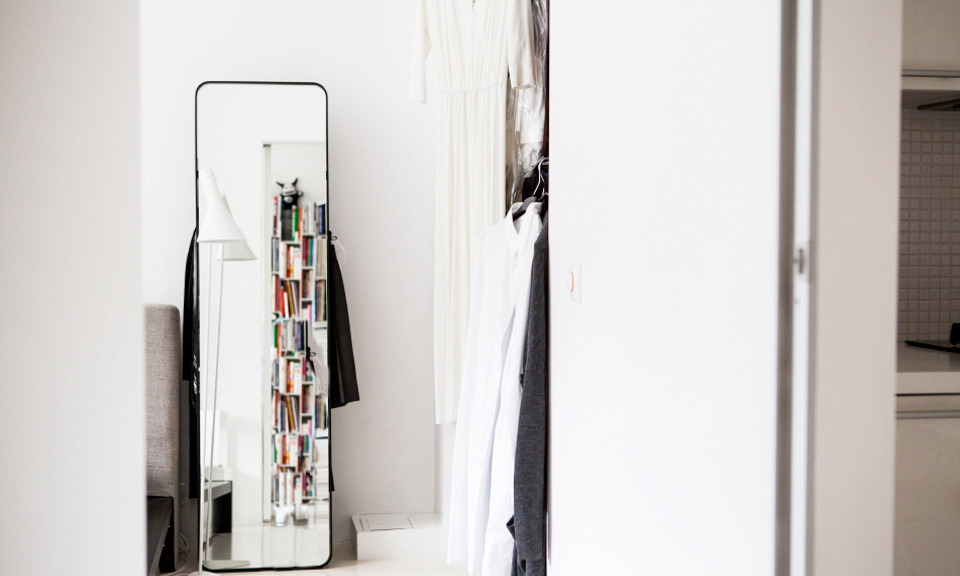 The mirror is Desalto. 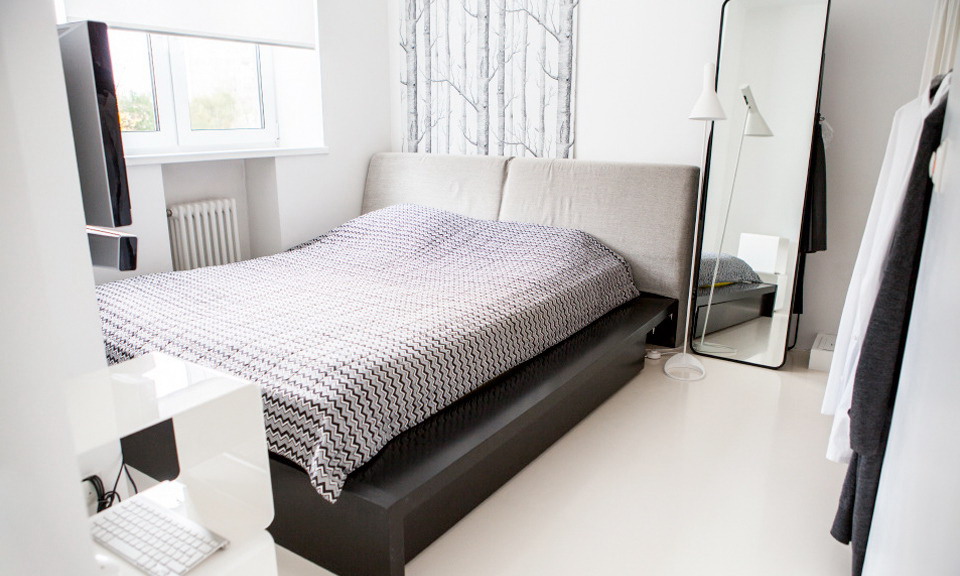 The bed is BoConcept. The fragment of wallpaper with engraved woods is Cole & Son. 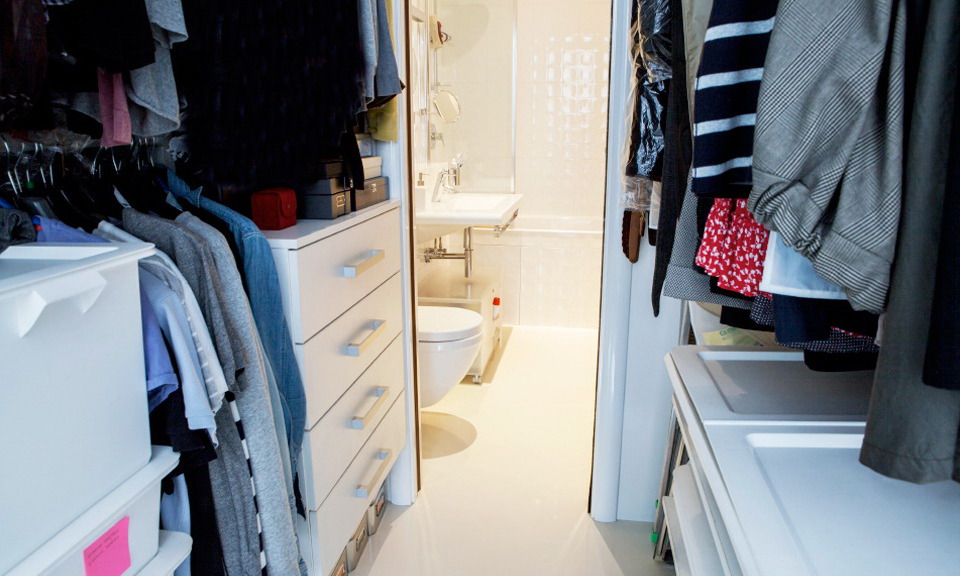 The tile is Viva Ceramica. The bathtub and the toilet bowl are Duravit. 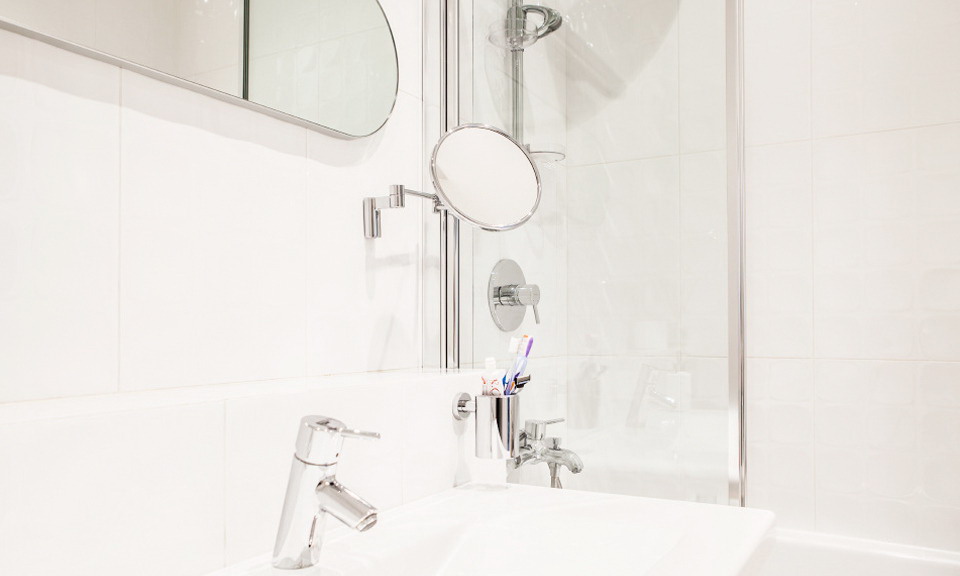 The sink is Laufen.