A communal apartment in an old dwelling stock with the furniture found in the street, many details, and hand-made interior items.

Friends artists and designers rented an apartment in Lomonosova street in 2008. They were not the first tenants, the former communal apartment had been rented for many years before them. The house was profitable before the revolution.

New tenants made the repair by their own forces. The apartment was liveable, but looked quite charmless. Main works were finished within a month, the rest works were finished gradually after final move. The layout wasn’t changed, it was inherited from communal past. Such type of zoning is called a “comb”. Its distinctive feature is a narrow corridor on one side and many doors to rooms along one of the walls. It had been a suite of walk-through rooms before communal division. 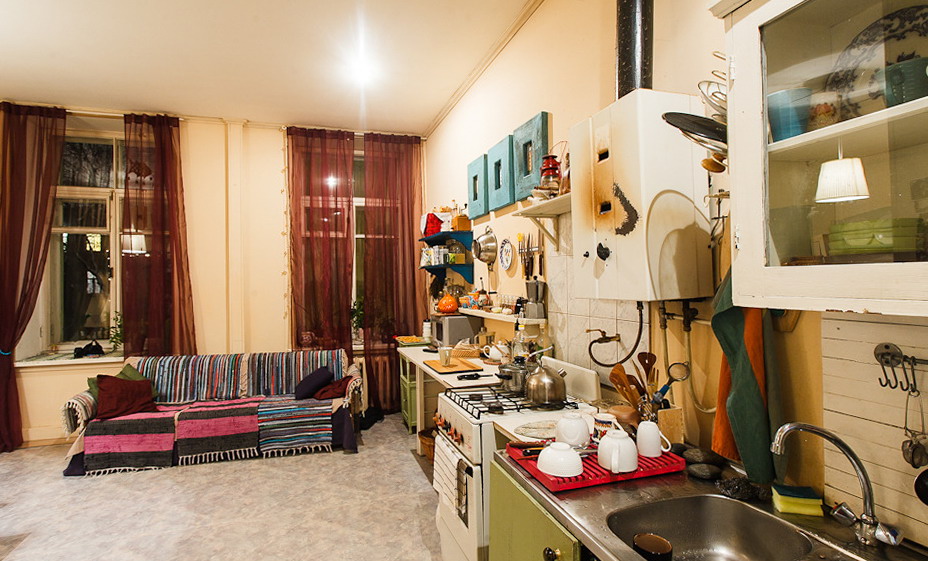 The walls were painted over the wallpaper with light water-based paint – thus, an irregular surface finish of old floorings was seen. Massive doors were also made white. An artist Yulia and a decorator Valentin worked at a large kitchen which is the living-room at the same time. They tried to make the interior so that it met tastes of all tenants and was quite comfortable for different people.

Almost all furniture in the apartment is things with their history. Many of them were found in the street: bentwood chairs, a toilet table, an oak buffet, a writing desk are among them. New owners washed them and painted carefully. They decided to withdraw massive wardrobes in favour of quite extensive collection of suitcases – found, presented, or bought at jumble markets. 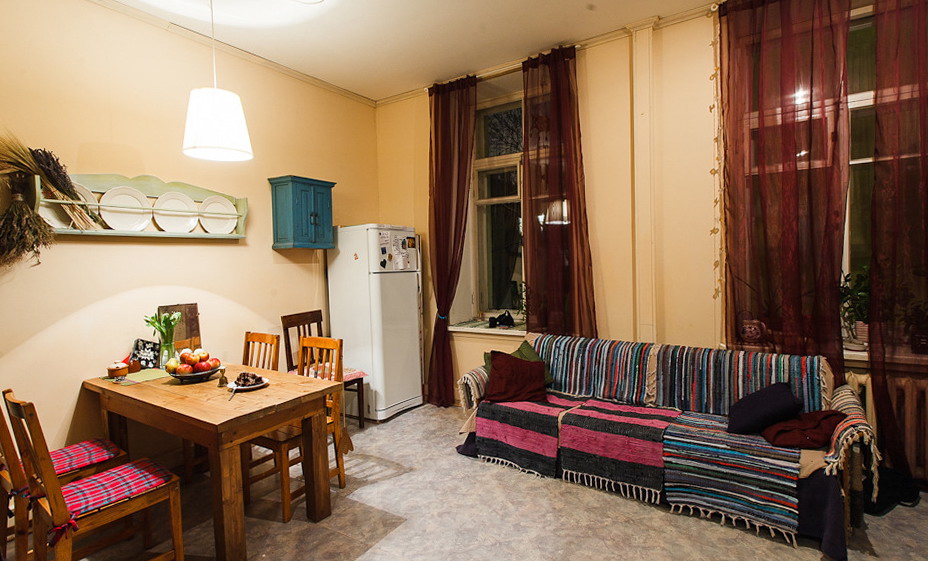 The apartment fleshed out within a short time – pictures, flowers, and ceramics appeared. Valentin studies the culture of the Americans seriously, translates books and articles, that’s why the premise is filled with reconstructive items gradually – feathers, Indian chairs, parfleches. 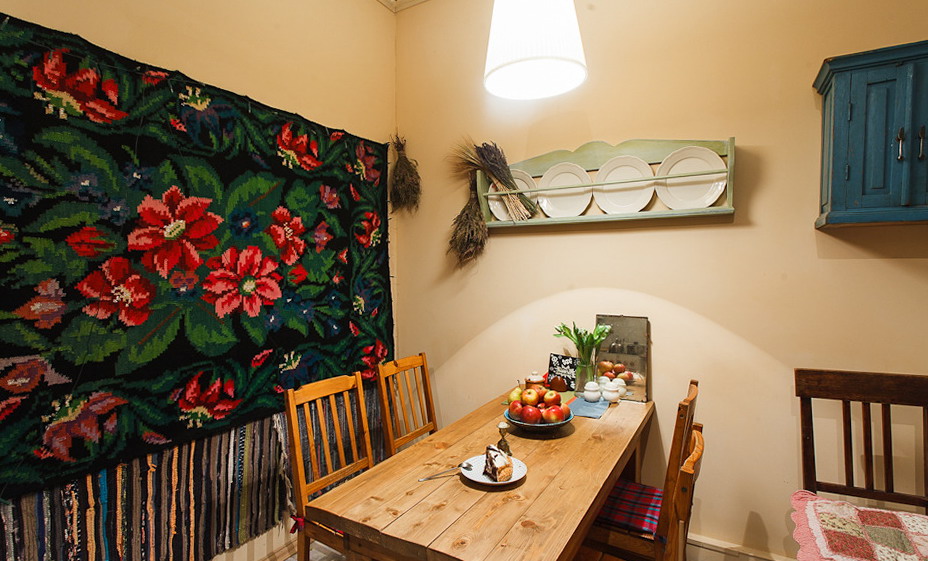 The basic colours in the kitchen – turquoise and dark pink – are from the Ukrainian carpet which went over to Valentin from his grandmother. Such carpets from sheep wool are made by hand, and their pattern is never repeated. Several homespun bed covers were added to it. 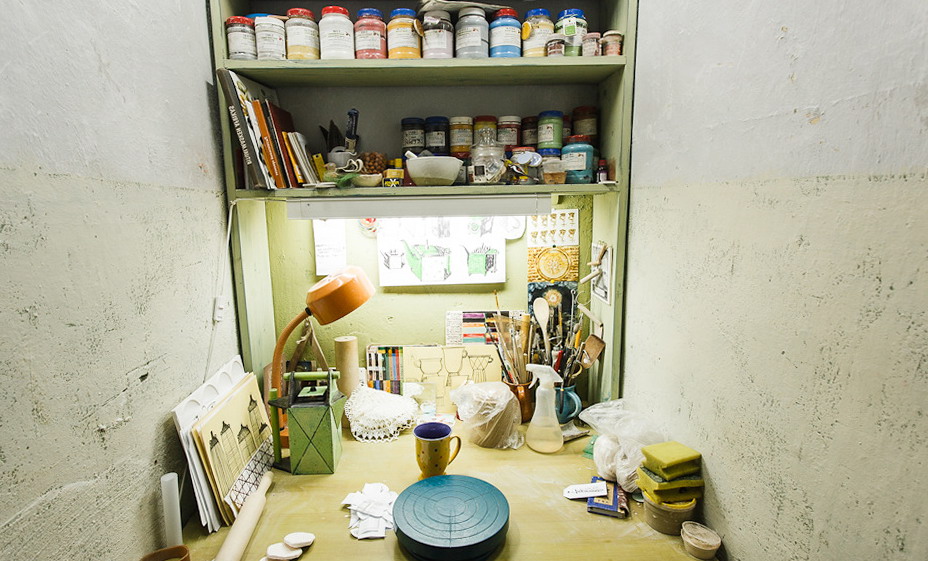 The old premise gave some surprises to the owners, among which there are the second exit to the backstairs and a small lumber room in the kitchen, where a workshop was equipped. 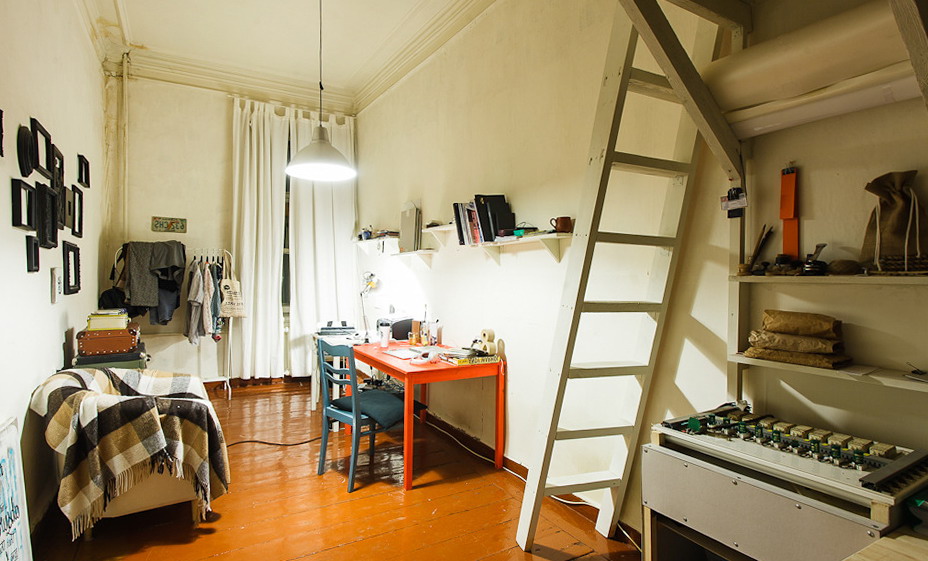 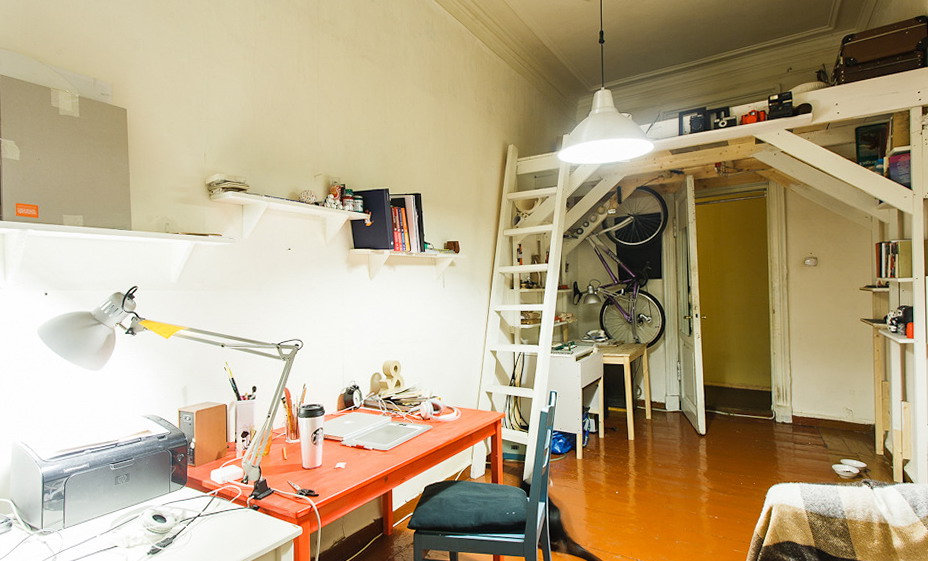 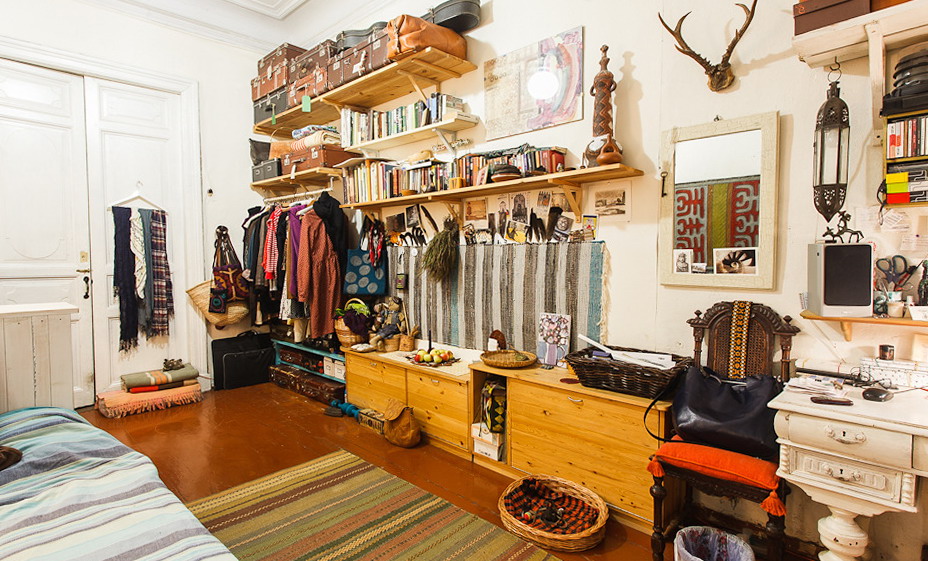 Sveta and Anatoly live in the second room. Sveta is engaged in the design and typography, and Anatoly is involved in letterpress printing. They brought away the old furniture from the room, built the second floor, placed working tables, and added details. A printing machine stood here until recently because Tolya often works at home. There are many typographic materials on shelves: various types of paper, paint, hand-made envelopes, stamps. Frames on the walls and suitcases are findings from jumble markets and presents from friends. Nesting dolls, post cards, calligraphy on posters and canvases are Sveta’s works. 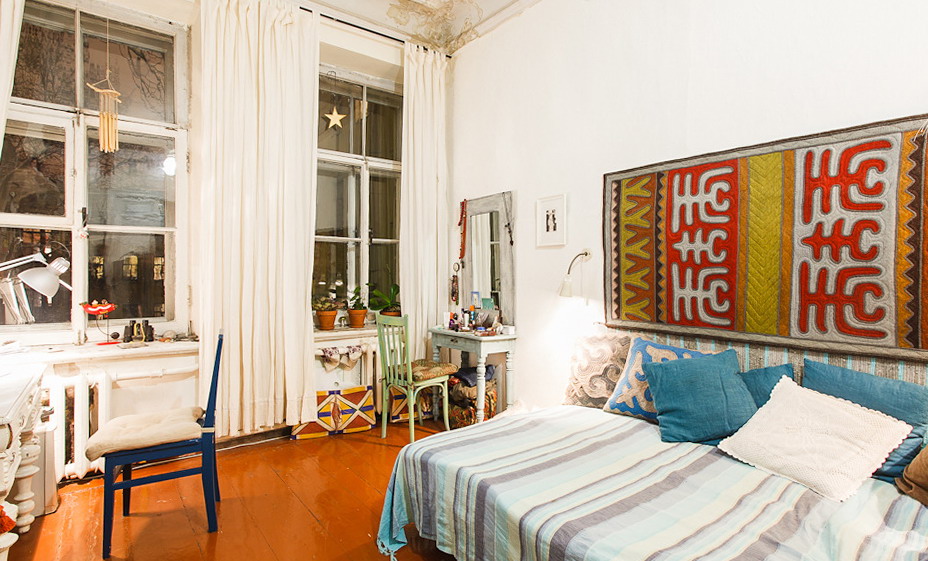 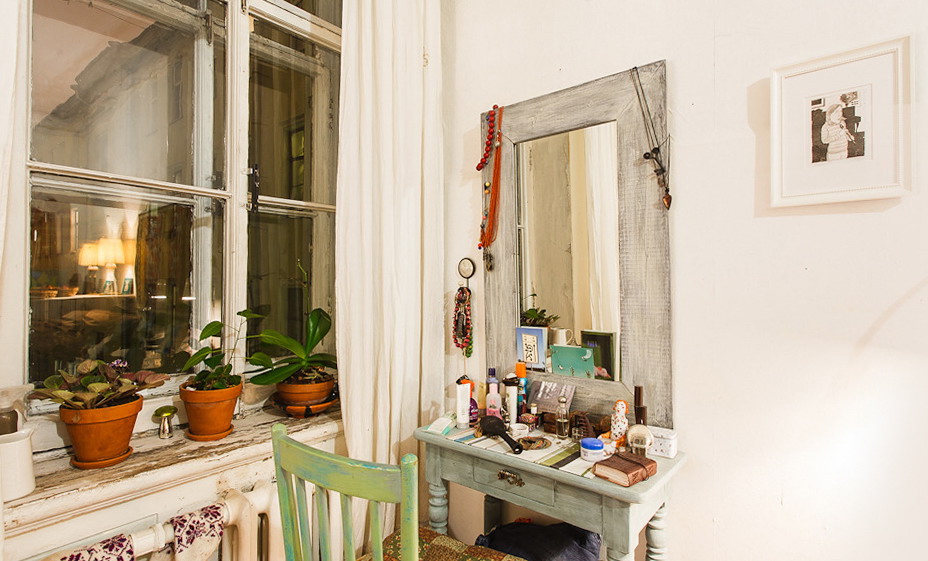 Yulia and Valentin tried to combine the working space with the place for rest and sleep as comfortably as possible. Painted plank parquet was left on the floor. Some things are absent here on principle, for instance a TV set or plastic objects.