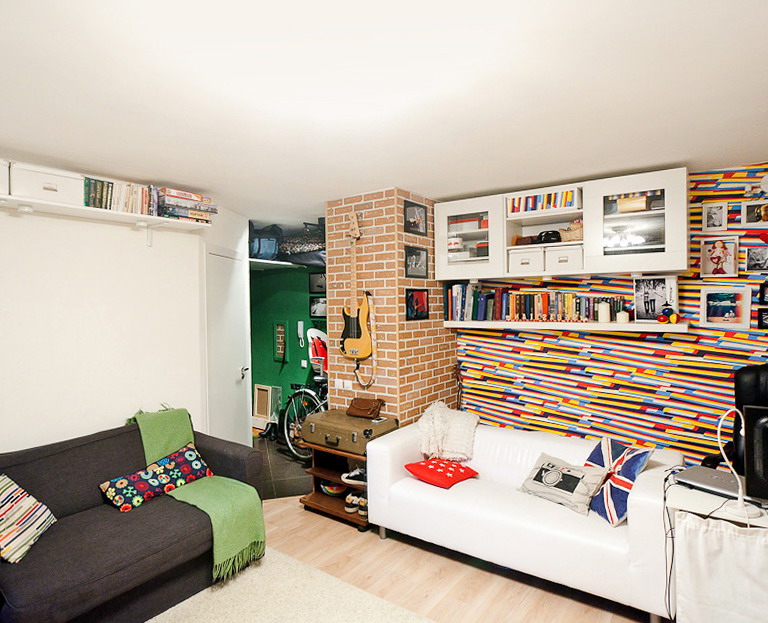 A fully redesigned apartment in Khrushchyovka with bright walls, a podium for home performances, and a table football.

Vanya, Tasha, and their son Sebastyan moved into the apartment near the metro station “Primorskaya” in 2009. At first the spouse rented it, and they decided to buy it in a year in spite of uncomfortable layout of a typical Khrushchyovka. In order to make the premise liveable, the owners had to move out to their friends for some months, hire a working crew, replace pipes, electrics, and floor, break down all walls and erect new ones.

The owners returned to absolutely empty apartment and the rest repair was made by their own forces. It took a year to furnish the apartment completely. They decided to build a scene between the kitchen and the living-room in the bay window, but they failed to find an appropriate contractor. That is why they assembled it by themselves. They arranged places for sitting on the window sill, and perform or play Guitar Hero on the podium. The curtain along the perimeter of the podium can be pulled and so one more small room, where friends stay for the night, is obtained. Views of St. Petersburg on the curtains were painted by Tasha. 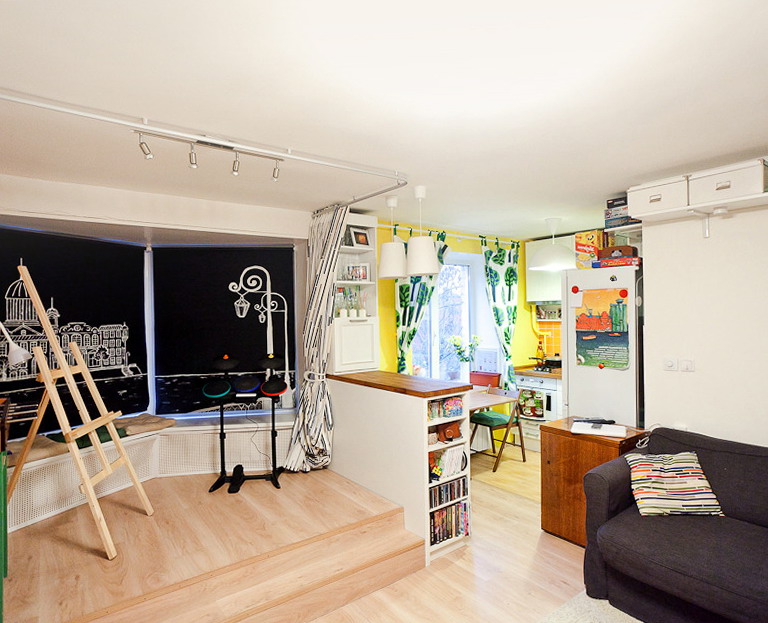 The bar counter between the scene and the kitchen was built by Vanya: a white closet in its base was part of the wall once. A door to a large storage space under the scene was hidden under the rack. A working place was arranged in the corner, but now one had to jump over the armrest of the sofa to sit down to table. 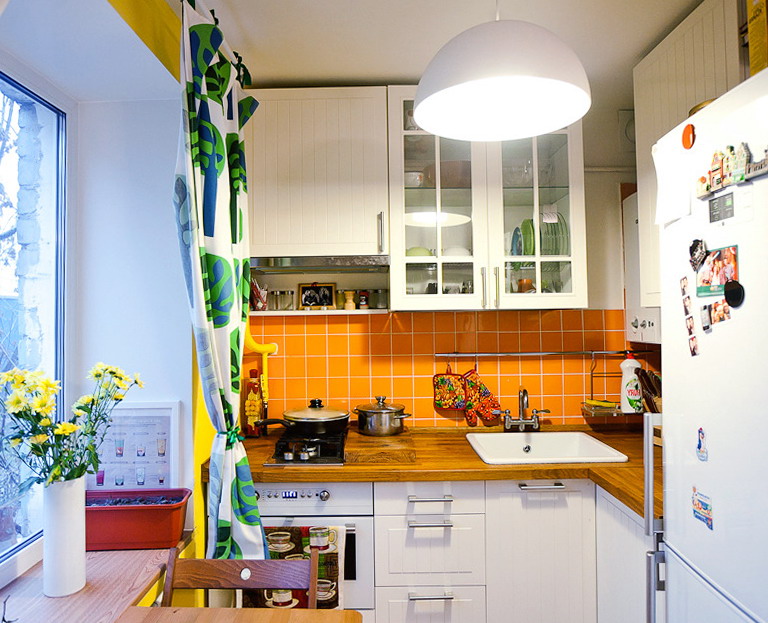 There is Fender Precision Bass on the wall – there was a time when Vanya played the bass guitar in the group. All photos in the apartment were made by the owners, and they tore off the poster This ain’t California from the wall in Berlin. The easel was found on the scrap-heap a week ago and they do not know what to do with it yet.  The kitchen was furnished with Ikea items – the interior even won in the contest arranged by the company. Tasha works in chain stores GaGa, that’s why there are their table games everywhere in the apartment. 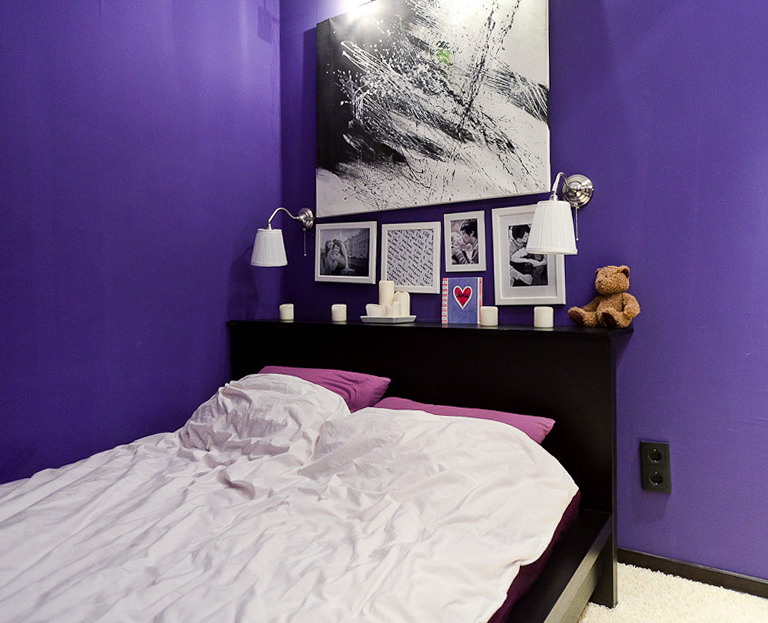 The distant room was divided into two: there is a small children’s room with a bed under the ceiling in one part, and the owners’ bedroom without the window in the other part. A mirror wardrobe was installed along the whole wall and a window between the bedroom and the living-room was made to widen the premise visually. It can be closed with a dense curtain or extended glass when necessary. 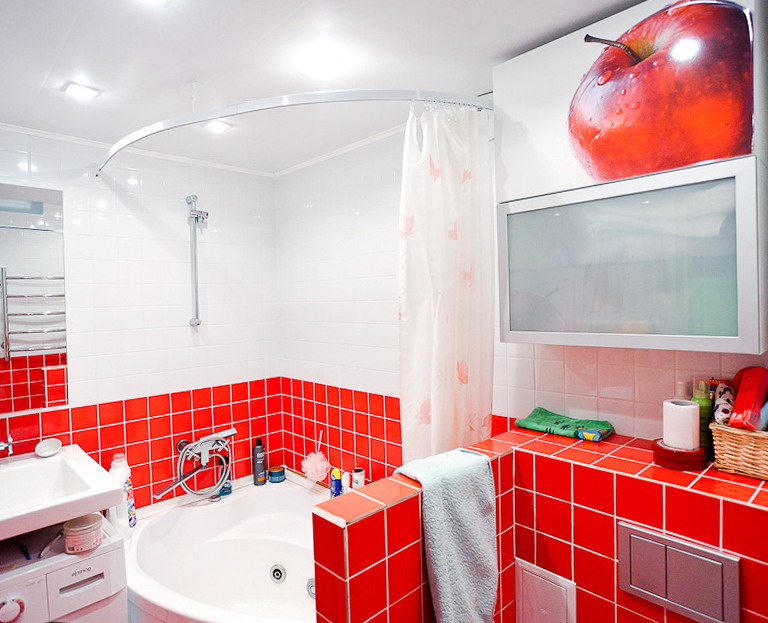 The bathroom and toilet were combined. Pictures with apples were hung on walls and bright glazed tile was laid so that it would be easier to cheer up in the morning. 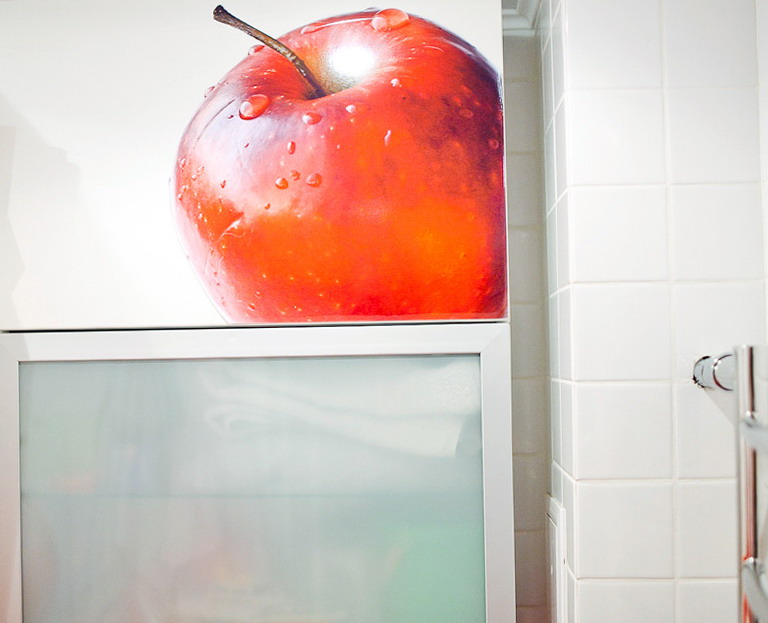