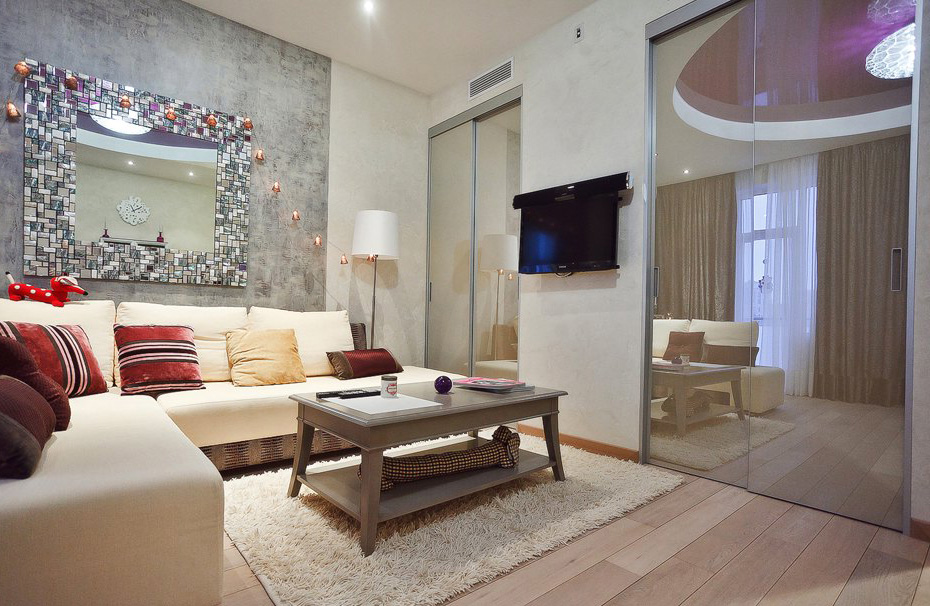 Studio in a new building on the shore of the Bolshaya Nevka with eclectic furniture and burgundy purple details.

A young girl Luyba moved into her own apartment a year ago on her birthday, May, 22nd. The layout of rooms in a newly built house appeared quite favourable, and the interior designer had nothing to do but to design and zone he space wisely. The interior studio Lartnik was engaged in the project. They created scratches of some furniture items, which were assembled to order then.

The repair crew worked in the apartment for a year and a half: they daubed Venetian plaster on walls, mounted a two-colour stretched ceiling, laid light parquet on the floor.

Quite eclectic furniture was chosen. Burgundy purple colour scheme unites details. A high storage box, on a tabletop of which there is a cooking top, can be used as an additional dining place. Two high bar chairs stand nearby for this purpose. There is a classical form arm-chair, which is called the throne by the friends, in the center of the apartment. Usually the most honorary guests sit in it. Some details were moved to the apartment from the United States. All things and clothes are stored on wardrobe shelves behind large mirror doors, which expand the space significantly.

Spherical lamps are of ALR Joy mark. There are floor lamps Zonca on two sides of the sofa. The coffee table with a raising tabletop Granse Consulat was ordered in France. 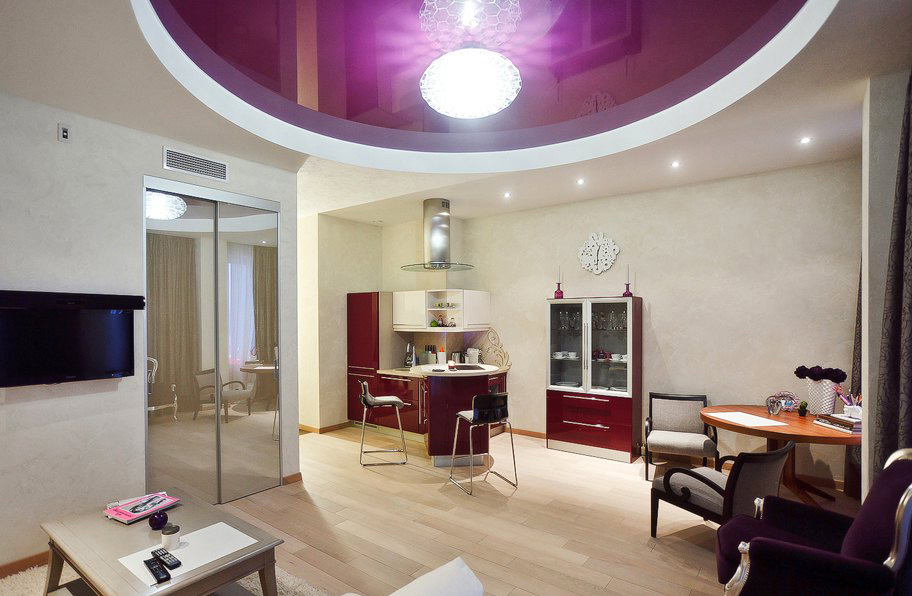 It is quite comfortable to cook in the kitchen notwithstanding its tiny area. It is compact and commodious at the same time. The main part of kitchen furniture and built-in appliances is located along the wall. There is a spherical island sidewise with a kerlite tabletop, to which one can come from any side. 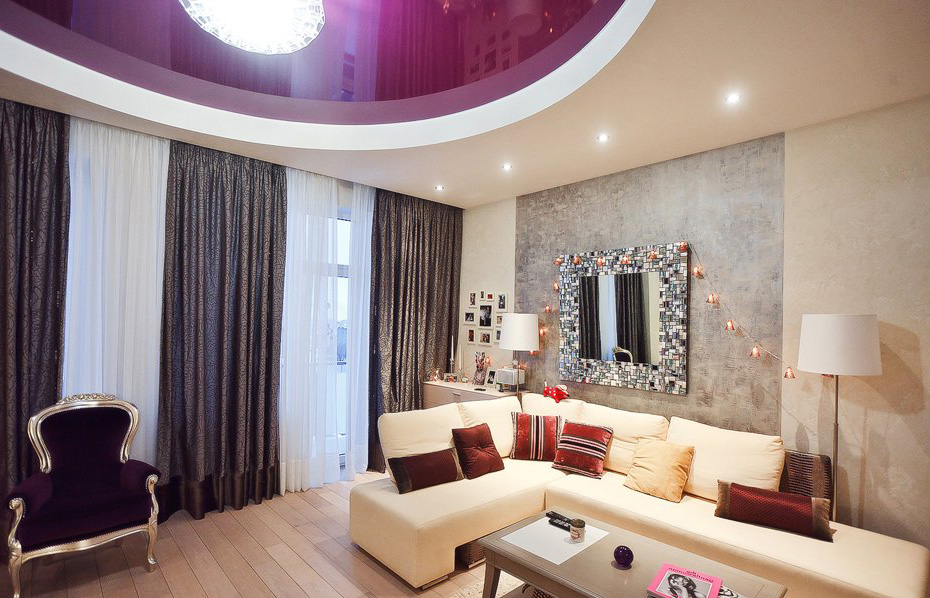 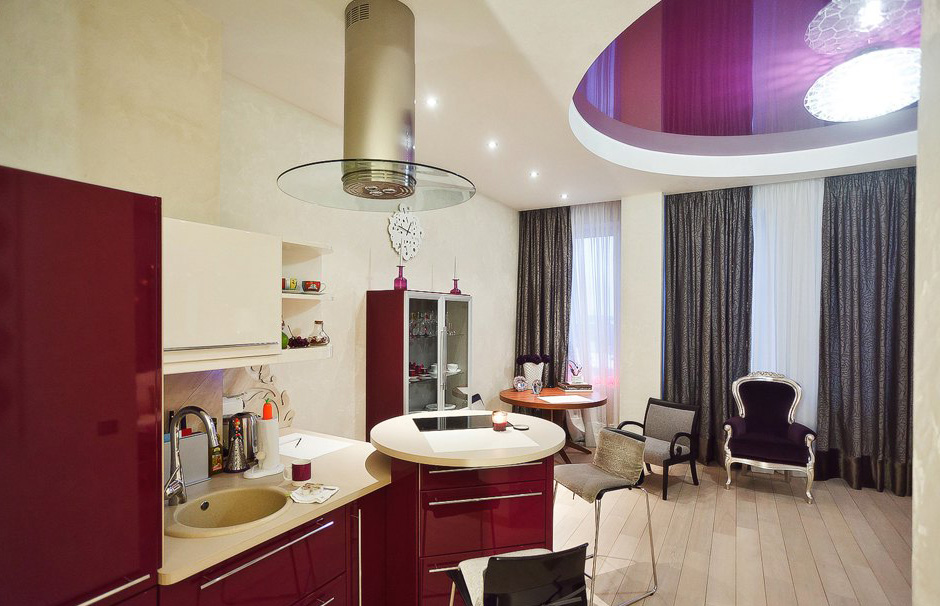 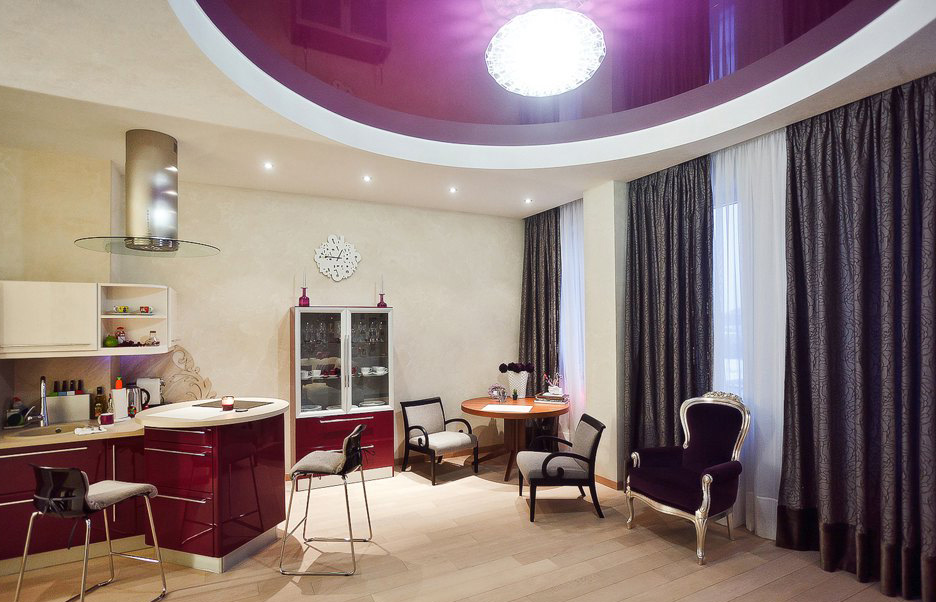 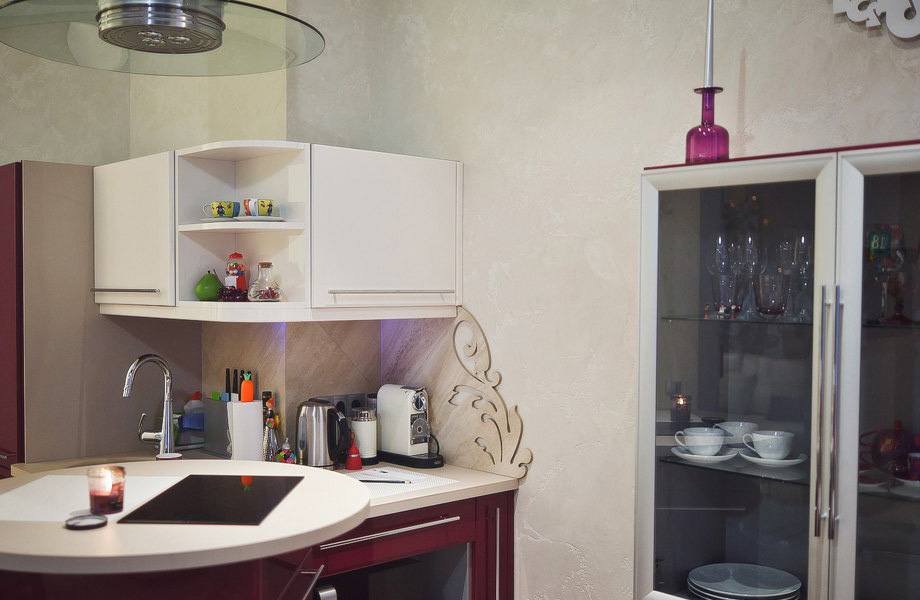 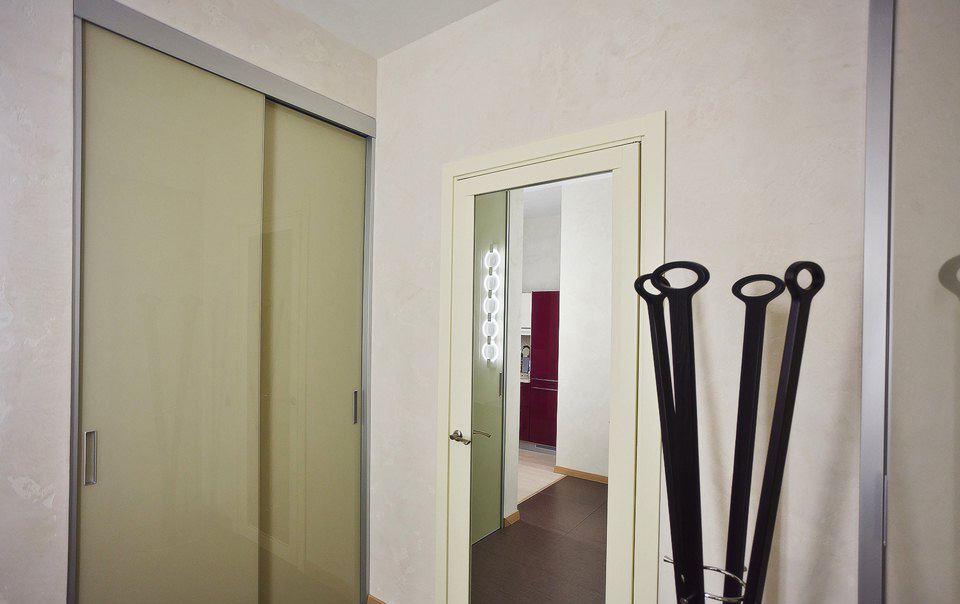 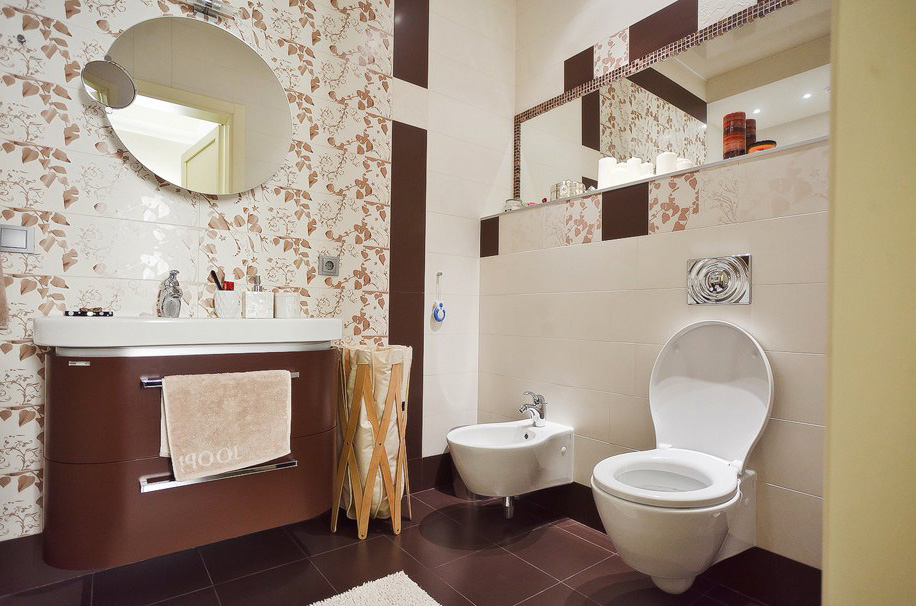 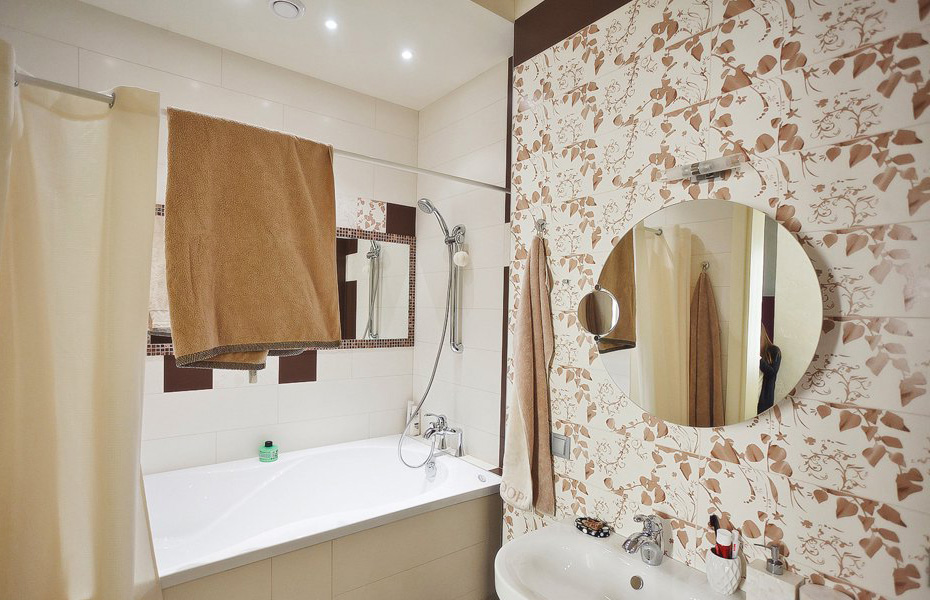 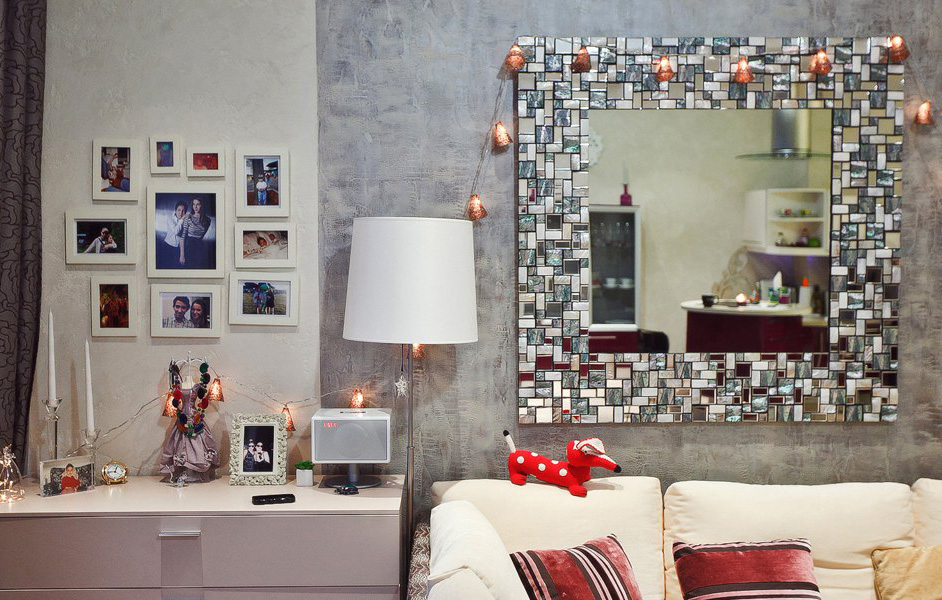 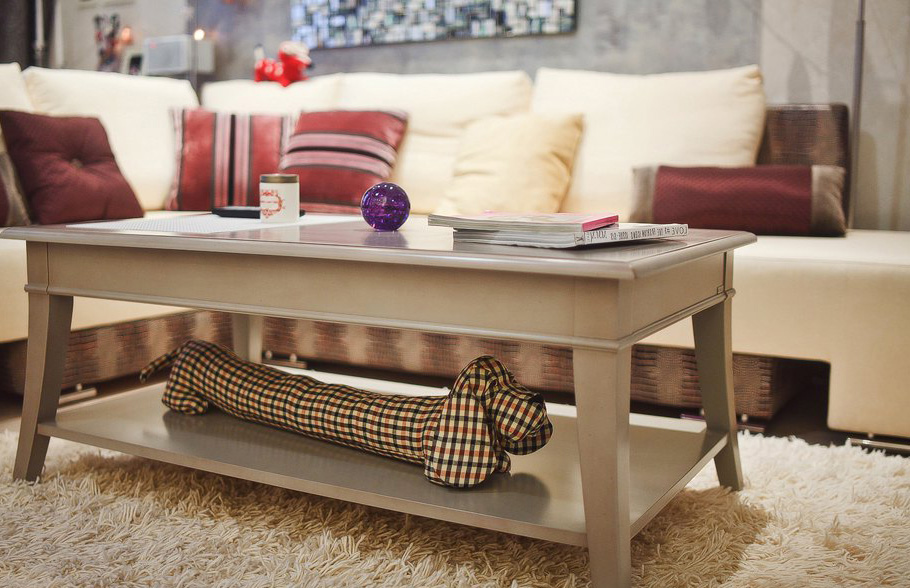