The Ostozhenka Street apartment belongs to Marat and his spouse and chief assistant Julia Helman for 10 years already. In the meantime redecoration has been done just once: in charge of the interior design was Alexander Brodski, a famous architect whose carrier started right from the Helmans’ apartment project. The house built in 1907 and ever since then known as the “house-under-the-jigger” has an extremely complicated architecture, plenty of annexes and side wings. Just as the Helmans were beginning to move in, it was a communal, shared apartment. The two accommodations with broken partitions embracing an area of about 160 m² were tumbled into ruins. 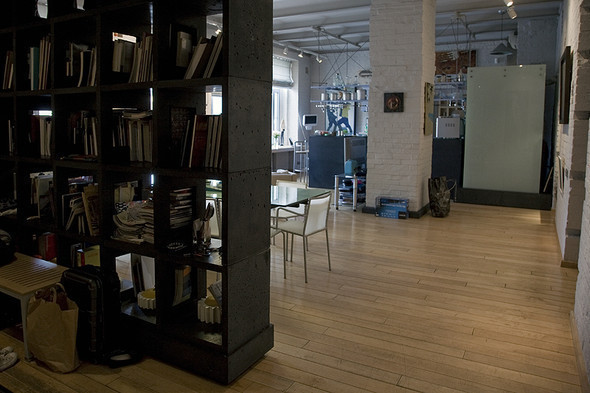 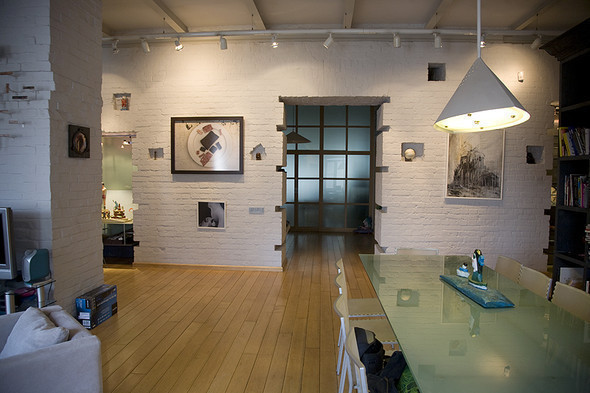 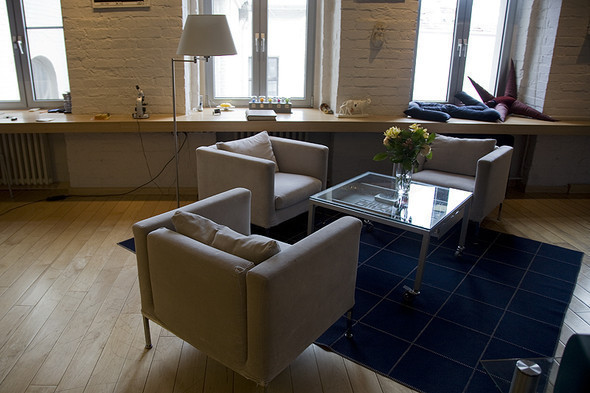 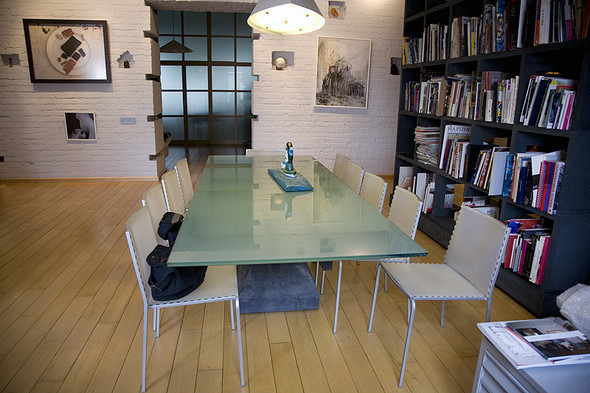 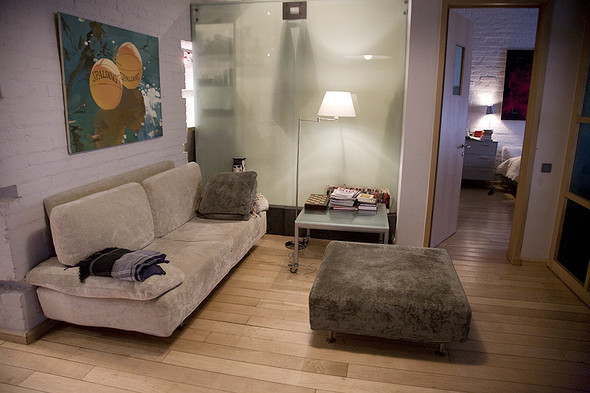 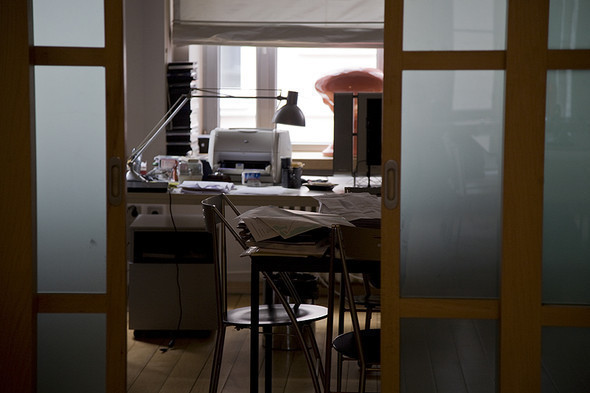 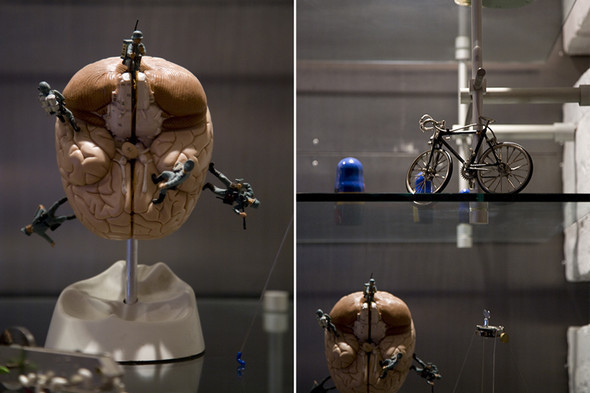 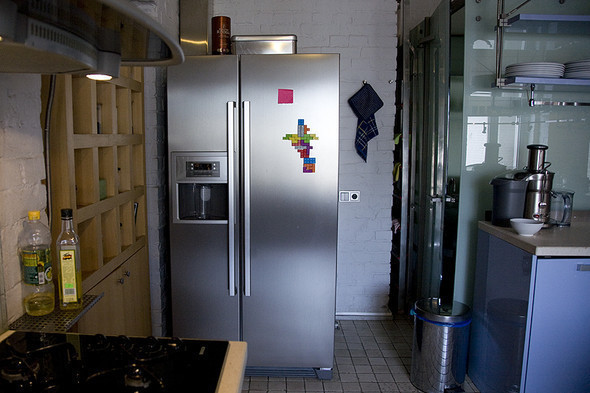 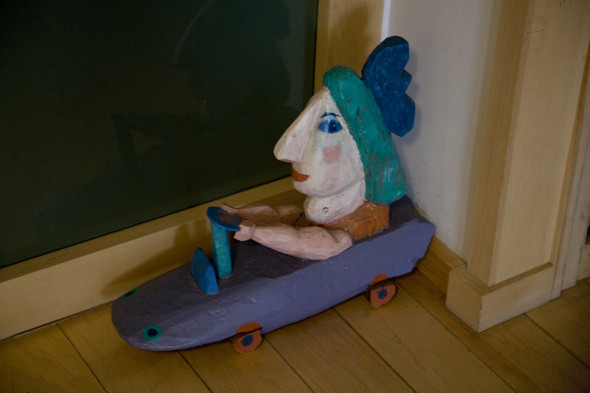 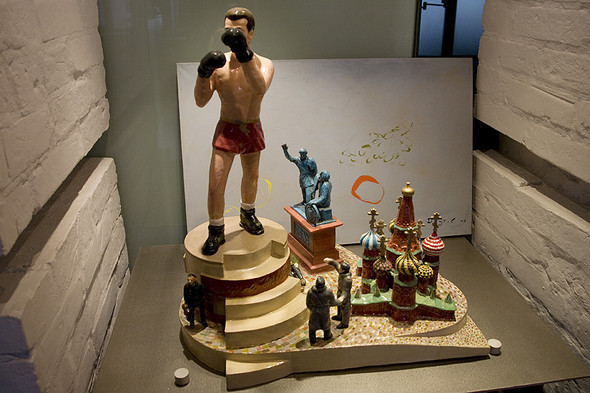 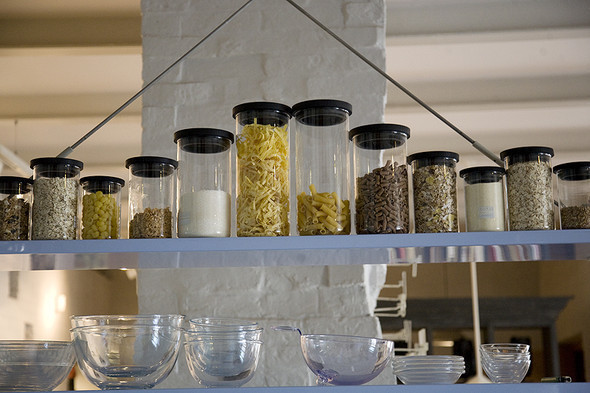 The windows overlook the domes of the Cathedral of Christ the Saviour. Julia says: «If the whole of the Cathedral were visible, it would be out of my line, since the bottom of the church is a little bit disproportionate, while the top of it is good». Her favourite spots are the kitchen, the observation post giving a view of the entire «public» area of the apartment and a 5-window lengthy sill, running through the whole of the central hall. Standing out against the open space, picture windows and white walls is a dark-grey rack, crammed with books and comparting the entrance hall and the living room. The other, private half of the apartment is comprised of a playroom, a study and a bedroom. This family part of the apartment, on the contrary, is very cosy and tight.

Artists and friends are usually responsible for the details in the critic’s house – they are mostly represented by works of art.