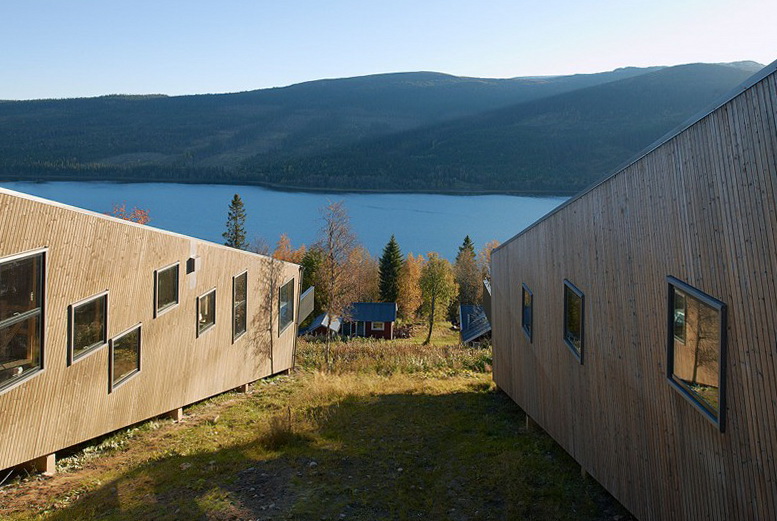 Stockholm-based studio Waldemarson Berglund Arkitekter have designed the Are Solbringen Residences in Northern Sweden.
These three timber residences are built to follow the steep slope of the landscape on which they sit, boasting a strikingly slanted effect. 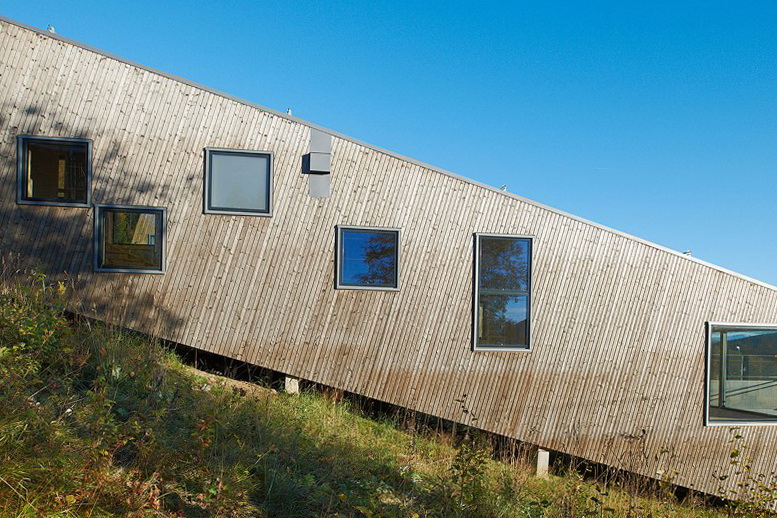 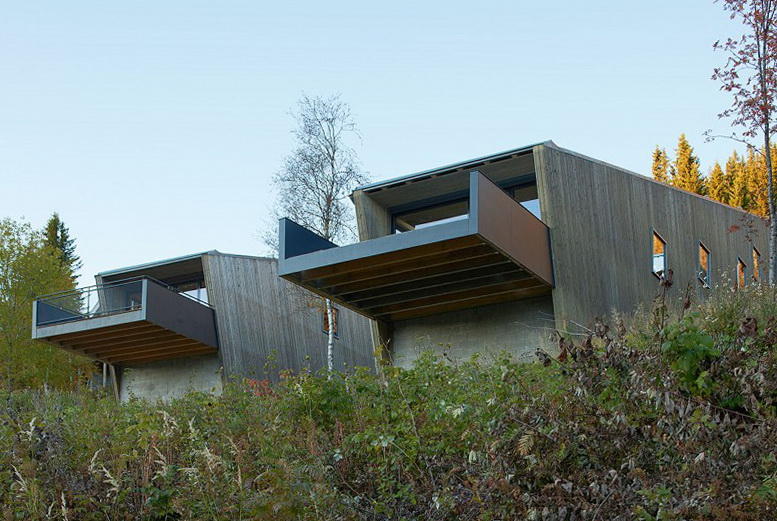 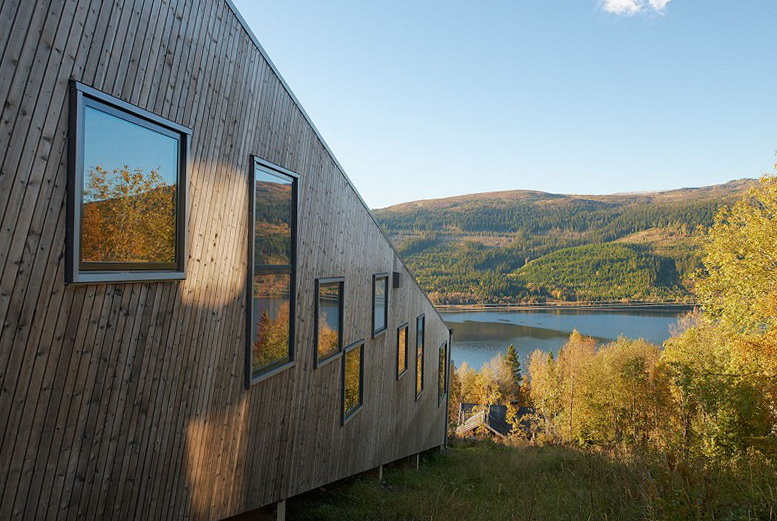 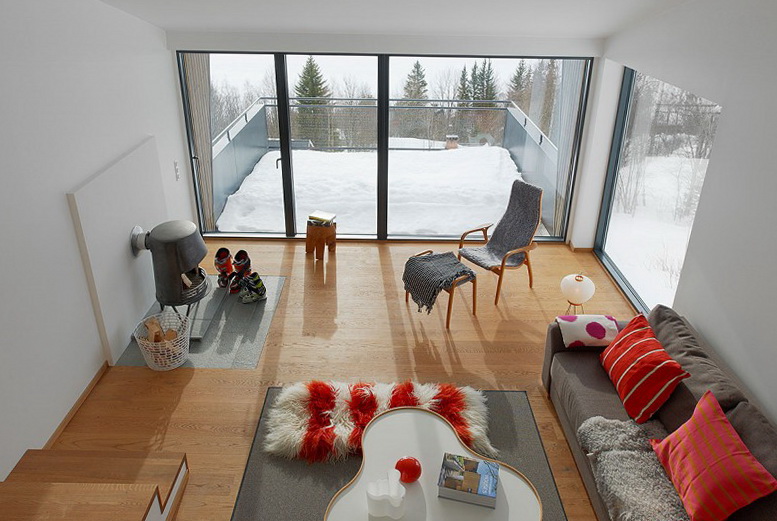 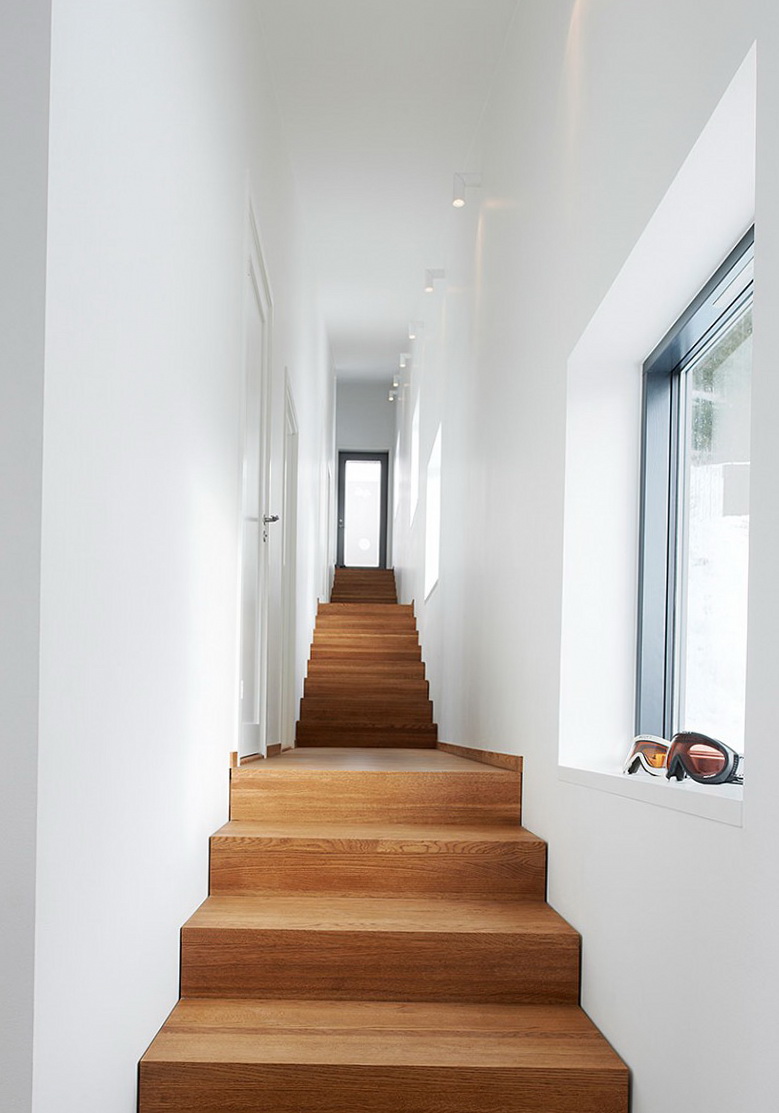 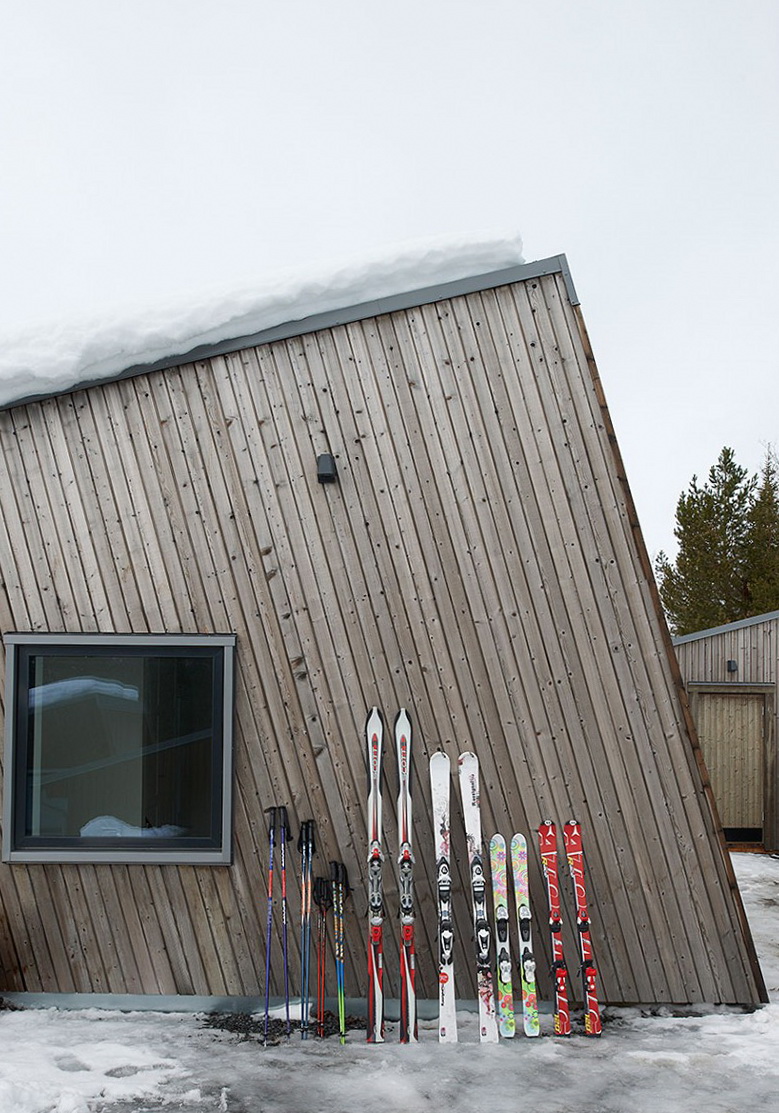 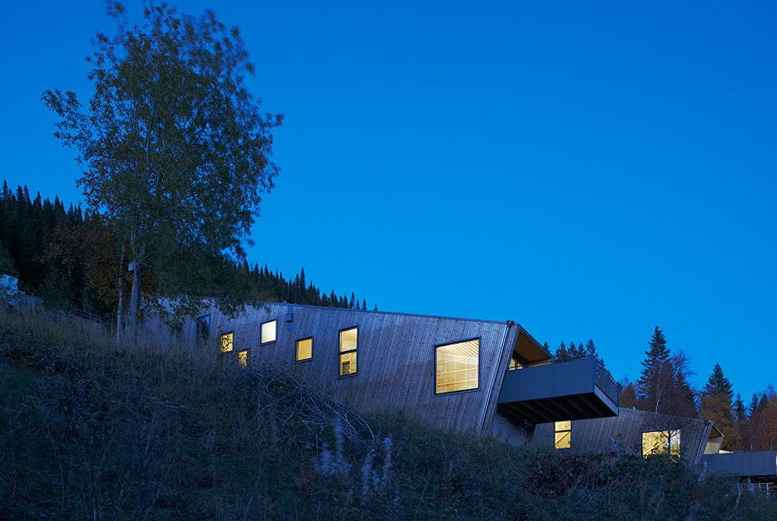 Are Solbringen Residences by Waldemarson Berglund:
“3 houses on Åreskutan’s southern slope. Partly, the houses’ shape is a consequence of the urban regulations. Partly, the form is also the consequence of a discussion on the site. The commission was to divide the plot into three equal ones where houses for recreational use would be built.
The property is located just outside Åre’s centre, in Åreskutan south-facing slope, overlooking the river and the mountains. Building designs in Åre are often half buried houses in 1 ½ plans with a sloping roof and big gables facing the views down the mountain, resulting in houses with only one really profitable floor. The half-buried level is partly windowless, and the upper level is limited by its low, sloping ceilings. According to the local regulations the plot could only be divided in the direction of the slope, with a minimum size of 800 m2, maximum built area of 120 m2, minimum distance to the neighbouring property 4,5 m and maximum height of 5,2 m. Being the slope one of the conditions for skiing it was tempting to let the buildings doing so. Or at least to let them give that impression.
So we decided to make a building which would lay over the ground without disturbing the mountain, where all the rooms would have a generous height and windows with views. A connection axis extents along the building’s long side, divided in four generously sized sets of stairs. This space allows a view of the whole house from the entrance to the opposite end. Height difference between the highest and lowest points is 31 stairs, as in any other 1 ½ storey house with two stair cases. The difference, though, is that this house has 5 individual levels. The upper levels house the hall, two bedrooms, bathroom and sauna, and the two bottom levels the kitchen and the living room, with a terrace facing south.
The house is completely built in a wooden frame system. Due to the limited width of the house it was possible to use standard pieces everywhere but in the floor slabs, built in glued laminated timber. The wooden construction rests over brick slabs located across the longitudinal axis of the houses. A wide vent runs along this axis, allowing the eaves to meet the ground cleanly and ”tightly”. Wooden panels are the facade’s material, which will darken and turn greyish as they age. The wooden windows and doors have a painted steel exterior framing and the roof is built in painted, folded metal sheets. The floors are in massive oak, whilst walls and ceilings are finished in white plasterboard.”